Fighting Solitary With a Hunger Strike

On July 1, 2011, California prisoners launched a massive hunger strike to call attention to what we were all forced to endure: inhumane conditions in solitary confinement in California’s Special Housing Units (SHU’s). The physical and psychological torture that the California prison system had been subjecting us to finally reached an intolerable peak. And even though wardens and administrators had forewarning of the strike, a detailed plan of humane treatment that prisoners sought, nothing prepared authorities for the magnitude and outside involvement that brought the prison system to a screeching halt on July 1st, 2011. 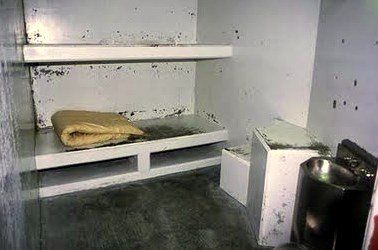 There are five SHU’s in California: Pelican Bay SHU, Valley State Prison for women SHU, Corcoran SHU, Corcoran SATF SHU, and Tehachapi SHU. In 2011, the SHUs housed about 2700 prisoners. They are the most brutal prisons in the system and principally target those prisoners who show the most resistance. They are ultra-isolation units designed to break inmates’ spirits.

The SHU is a threat which hangs over the heads of all California prisoners. At Pelican Bay, prisoners are kept in windowless cells for a minimum of 22 ½ hours a day. There are no classrooms, no job training, no work, no religious services, no hobby materials. Reading material is limited to ten items.

Today, California maintains one of the largest prison industrial complexes of its kind in any other industrial complex known to the free world. The prisons stretch more than 158,650 square miles: from the edge of the Mexican border to the tip of the Oregon border. State prisons. Federal prisons. Private prisons. Youth Prisons. A result of prison construction that boomed in the mid-late 80s.

Opting for damage control, prison administrators scrambled to convince the public that torture is needed. I wasn’t there, and I was, if you believe that. I am not the best reporter, but watching television I can say it happened like this:

Warden Greg Lewis walked into Pelican Bay State Prison’s conference room like he owned the joint (pun intended). His strut, the air of an embattled boxer. His shoulders, squared. His chin, tucked. The wooden podium he took reminded me of a priest of pulpit on a Sunday in a Cathedral. He even mimicked that still-pause for effect. Then: “Everything we’re doing with these men is lawful and constitutional.” His thin lips curled at reporters as if they were owed some sort of explanation.

Prison informants [meaning, in this case, prisoners bribed to say what they’re told] were brought in on cue. Their heavy chains scuttled across the floor the way an exhausted rat lugs the burden of a tail. The racket unsettling. The sickly one was the first to lift his head like a faithful animal. His skin, paper thin. His palor, pasty. His bald head, ghastly and patchy.

Then: “Yes,” he told the hand-picked crowd, “the SHU [Solitary] is necessary… I know. I was one of them.” He smiled at the warden. The warden’s glare was his statement. He made no apologies.

Warden Lewis made his statement; the informants theirs. Lewis then melded away into the SHU corridor; informants were allowed to pose for photographers.

Prison informants in California are often rewarded with luxuries. They’re often lured into making statements with the promise of conjugal visits. They’re housed in prisons where guards are paid to protect them, while they enjoy homemade alcohol and narcotics. This is the life the informant craves, and court documents show informants and guards will say and do anything to protect this system.

It’s a system where an ordinary correctional officer can earn a six figure income. Own a home. Summer cabin. A boat. Have his children in private schools. Take three week paid vacations. It’s a system in a state where the prison budget is guaranteed to grow, and the educational budget is guaranteed to shrink. California taxpayers fund the exorbitant lifestyle, dishing out $70,000 per SHU inmate annually.

In a special report published by Vanity Fair, Michael Lewis wrote, “In 2010, the state spent $6 billion on fewer than 30,000 guards and other prison system employees. A prison guard who started his career at the age of 45 could retire after five years with a pension that very nearly equaled his former salary.”

Lewis reported that the head psychiatrist for the California prison system was the state’s highest-paid public employee in 2010, earning $838,706. This raises the question: what is going on in the California Prison system where a psychiatrist must be paid almost a million dollars each year? And how much of what he knows is being hidden from the public with respect to long-term confinement in the SHU?

Do we need to bring up the Madrid case, and the horrors that have forever marred Pelican Bay—all in the name of public safety? Where Arturo Castillo was blasted with a Taser gun, shooting an electrical current of more than 40,000 volts into his chest and stomach. Then, once unconscious, officers beat Castillo in the head with the butt of their guns, until the inmate’s scalp literally peeled back.

Where inmate John Brown, while in handcuffs, was punched and kicked in the face and head by officers as a Sergeant, Lieutenant and Acting Program Administrator stood by and watched.

Or where inmate Vaughn Dortch suffered second and third-degree burns over one-third of his body when he was forced by correctional officers into a bath of scolding water. When an on-duty nurse checked on his welfare, she was shocked to observe inmate Dortch standing with his back to her. From just below the buttocks down, his skin had peeled off and was hanging in large clumps around his legs.

Once an inmate paroles out of a SHU, his mental state is going to cause him to do one of two things: either he’s going to cower in a corner, in fear, locked in a room; or he’s going to be an unwinding ball of rage. A time bomb ticking down minutes, hours, days.

In one of the first murder trials to use “SHU syndrome” as a defense mechanism advocating for leniency, a newly paroled SHU inmate described the torturous conditions he’d been subjected to while confined at Pelican Bay. The mental state at the exact time of the murder would prove to the case.

The judge asked the defendant, “Did you stop stabbing your wife because you felt remorse?”

“No,” the defendant said, his tone flat. “After straddling her chest, after stabbing her 44 times, the blade hit bone. It snapped in two.”

In our Spanish dialect, we use a word — !Basta!  In its interjection form it translates to English: That’s enough!!

I like to entertain the notion that on the morning of March 2012, when Peter Schey, counsel for the Center for Human Rights and Constitutional Law filed a petition with the United Nations detailing the torturous conditions in isolation at Pelican Bay, he too said, !Basta!

I admit, I toy with the term myself. But only in my cell of course. I am not allowed to say basta! to another inmate. I am not now allowed to say, “How are you?” “Happy Birthday.” Or to wink. To Nod. To arch an eyebrow. In Pelican Bay SHU, speech is prohibited.

As more attorneys began to flood the prison once the 2011 prisoner hunger strike made national news, they too began to chant !Basta!  The public, now aware of prisoners tortuous conditions, began to crowd the steps and streets surrounding the state capitol building. Basta! became the chant that rumbled under their breath.

In the last week of January 2012, I received a large manila envelope from San Francisco attorney, Marilyn McMahon. I thumbed through the packet, absorbing the weight of what this attorney was asking of me. The questions she posed left me with an uneasy twitch in the pit of my stomach: the mental state of a prisoner in isolation for over a decade is not something one can detail effortlessly. I let the letter sit for two weeks unsure of what to do; the damage I could bring to myself by writing and not writing what she was in search of. The word !Basta! kept coming back to haunt me.

On February 16, I sent Marilyn McMahon the letter she was waiting for...

The deterioration is discernible. When I first arrived I was attentive and if you’ll excuse the expression, bright-eyed.  I thought I could beat “this thing” whatever “this thing” was.  I confess—I was ignorant.

Today, I could be found at my cell front.  My fingers stuffed through the perforated metal door—I hang limp—a mechanism forged of heavy gauge.  My head angled in a daze.  My mind lost in a dense fog of nothingness.  I’m withering away—I know it—and I no longer care.  Hopelessness is a virus I hide under my tongue like some magic pebble, as if the shiny stone could assist in organizing thoughts; decipher warbled language from convicts without stones without tongues in a cellblock of grunts and floods of ignorance.  Concentration is an abstract invention for those with half a mind if half a mind is a terrible thing to waste.  And someone screams behind me, “waste not want not.”  But what’s to waste when all you are is a virus that no one’s allowed to touch.

Funny … when I think of validation, I remember Fridays after work—cashing my paycheck—handing over a parking ticket to the bank teller, asking to be validated and I thought, how cool is this: validation for free!

Yes, this is me—the ignorant one. Today, wasting what’s left of the other half.

It didn’t take long for Marilyn McMahon to send someone up to check on my welfare. His name was Tobias. A student from Berkeley. He had a controlled charm about him. Soft spoken, but with a hint of authority like, there’s a problem here, and we’re going to fix it. His frame stretched far beyond mine, a thick ponytail slinked down his back. He had that Berkeley shine about him. I knew I was in good hands. I could tell the way he pressed his large hand to the 4-inch partition glass to make contact with mine—the way you see in the movies. His first words were: “How are you?” The eyebrows gathered in concern. The rest is kind of blur. I kept hearing that phrase in my ear like an incessant ringing, “How are you? How are you?” It had been years since someone sat across from me and asked, “How are you?”

The next morning I woke up at 2:30, unable to sleep. I wandered in a circle in my cell saying to myself, How are you?  On the isolated exercise yard, I pinned myself to a corner in 20-something degree weather. The phrase now eerie. I let it hang there like a taut noose from a rafter. My hands and feet turned shades of purple and blue.

That summer, I was visited by Chicago attorney, Carole Travis. The talk shifted in the direction of my prison writings. She explained how she’d circulated my work to Hollywood actors/activists: Peter Coyote, Danny Glover, Harry Bellafonte as well as freed Iranian captives (and now staunch supporters against the use of solitary confinement), Shone Bauer and Sarah Shroud. My first essay was published by James Ridgeway with Solitary Watch in Washington D.C.

She placed her hand in the center of the visitor’s glass. “!Basta!”

The rest is kind of a blur.

We send comments to our writers, but if you’d like to contact C.F. Villa  directly, please write to: