Paul on Death Row: I Was A Witness To Murder At Age 10 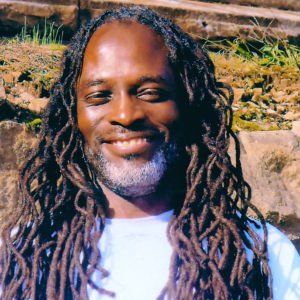 In the ghetto, there’s lots of improvisation. As young boys, we were very active and had loads of energy. We liked to play baseball, but lacked the equipment. No problem.

For a bat, we used a broken broom handle. An old fuzzy lime green tennis ball served as the “baseball.” Our hands were the gloves, and our Levi’s and Sears tough skin jeans and t-shirts were our uniforms.

The stadium was a patch of grass towards the end of the apartment complex. First base was an old, discarded half-gallon milk carton. Second base, an empty UTZ Bar-B-Q potato chip bag. There was a bald patch in the corner where no grass would grow, as if it was naturally meant to be third base. Home plate was the other half of “first base.”

There were eight of us, so we played four-on-four. It was my brother Pat, cousin Boo, Tony and Malcolm; against my other cousin, Boo’s brother Kenny, Tony’s brother Reggie, Joe and me.

With this arrangement, one would pitch, another played catcher, someone played first base, and the other played the outfield. Of course the first baseman was also the short-stop, while the pitcher also had to cover second and third base; and the outfielder had to play the entire outfield himself.

All of this was manageable because the field was so tiny and sloped slightly upward into a wood. I was pitching, and I remember we were losing, but had no doubt we’d come back to win when we got our turn at bat.

Death Row: My First and Last Visitor of The Year

What “Life” Is About On Death Row

It was a Saturday in August, a perfect summer afternoon. As I was about to toss the next pitch, two figures emerged from the wood. We waited until they passed. They were grown-ups. One was slightly built, medium brown-skinned and wore glasses. The other was big and stocky, a bit taller and wore a neat beard. What was odd about him was that he wore a wool hat as hot as it was and he had a shotgun slung over his shoulder.

There were always a few odd characters in the neighborhood though, so I thought nothing about the way he was dressed, and it was not my first time seeing a gun…

I thought maybe he was just taking it home to put away. I was more annoyed at the way they just strolled through the field. Like they owned the place, holding up our game. When they finally passed, I got set to pitch, but everyone else took off, running as fast as they could.

I called after them “hey, where ya’ll goin’? I want my ups!” I was so intent on winning the game: I wanted my turn at bat. As soon as I had spoken, I heard the shot.

The sound a shotgun makes when fired in an open area is not very loud. It’s not a big boom, but more of a cracking sound. I can recall the reverberations as they echoed off the apartment buildings. I froze…

The gunman was running back towards me. However, now his hat was pulled down over his face; a ski-mask. He carried the gun in both hands as he ran right past me. Had we been playing football, I could have tackled him easily. He was not very fast; he seemed to waddle as I watched him disappear back into the woods.

I then walked in the direction from which he’d come. I proceeded slowly, and with trepidation. When I turned the corner, I saw a slim, light-skinned man, in his late teens or early twenties, with a little facial hair. He wore cut-off jean shorts, some sort of Hawaiian shirt; I never noticed his shoes…

He was standing beside a radio, a boom-box. I cannot recall if there was any music coming from it. Beside the radio was a brown paper bag with a bottle inside; a cold beer. He was slinking to the ground seemingly in slow-motion, as if about to faint.

Half his head was gone. My mouth went dry. I could not move. I knew it was real, but somehow it didn’t seem real. How could someone only have half a head?

On the half of his head that was still there, the eyeball was not in its socket, it was out of the skull, and just hung there as if by a coil…

I can only remember certain sounds. Mrs. Carter was walking back and forth on Savannah street crying and screaming “Oh God, his poor momma, his poor mama!”

Everyone else seemed to be standing as far away as they could, but still trying to see. I suppose I could have been among them, but I was stuck; my eyes glued to the corpse.

First to arrive at the scene was the ambulance. The driver, a young, slightly built, light brown dude with a close-cropped haircut, jumped out, put on a stethoscope, checked the body for vital signs; finding none, he hopped back into the ambulance and drove away.

This seemed strange. I mean, I knew he was dead, but it still seemed he should not be alone, that someone should be tending to him.

Next to arrive were the police. They only cast a glance at the body, then spread out to ask questions. One of the officers, a white dude with a friendly face, but cold, mean eyes, went to the corner where men had been drinking, smoking and selling drugs. He used his baton to knock over the drinks that were left there.

He then made his way over to where I stood, and asked “You see anything?” I shook my head no. This seemed to amuse him. He smirked and said, “Man gets his head blown off in broad daylight, and no one sees anything, heh?”

It was only a cursory question though. Had he been paying attention, or merely asked a follow-up question, it would have been obvious that I was in shock and could not speak, but that was all he asked.

Then a huge red truck drove up, and two attendants got out with a stretcher, strapped the body on, covering it up completely. They used these thick, orange gloves to gather up pieces of brain, storing it in a plastic bag, then drove away.

This one act, more than anything else, served as a sort of “rite of passage” for me. It effectively ended my childhood at age ten.

I never played in that area again, and we used to play there all the time. If not stickball, it would be tag, kickball or football. When younger, we’d gather plywood and build tree-houses in the woods. Sometimes we’d catch bees inside of Nehi soda bottles, observe their behavior, then remove the tops and take off running.

After the shooting, though, things just seemed different…

The way the apartments were situated, the woods sat directly behind Aunt Rose’s apartment, particularly behind Boo and Kenny’s bedroom window. After the shooting, I was conscious not to walk directly in front of that window. When inside the bedroom, I’d sit on the floor or if I was on the bed, I’d lay down flat. At night, I’d make sure the blinds were fully straightened and the curtains completely closed.

As I write this, I realize I’m confronting these emotions for the first time. I’ve mentioned the details of the shooting before, but never admitted to being afraid. Part of how I opened the time was to suppress it, not deal with it at all. Now that I’m conjuring up these memories, the emotions I felt back then somehow arise as well.

I was scared. I can feel it now as I write, and the fear is still palpable 39 years after the fact.

I observed everyone else during that time and they appeared to be doing fine. I thought if I said something, I’d be seen as weak. In hindsight, I’m sure others felt things similar to what I felt, but we never talked about it. No one said a thing…

We still had to function and live in that area. There was no psychoanalysis, family counseling or therapy. We could barely afford the necessities of life; I couldn’t afford a breakdown.

Besides, this was not something the culture would allow, especially for boys. At the first sign of tears or hesitancy of any kind, the rebukes would be immediate, harsh and constant, “Fuck you crying about?”

There was a persistent emphasis on “Being Hard.” It seemed the more horrible something was, the more you were expected not to be affected by it — from the small nick to a punch in the face, a broken bone, or as a witness to murder you were told to “Shake Off.”

When I hear that refrain today, I laugh at the absurdity of it. Shake it off…

Sometimes I think what a luxury it must be to feel safe — a feeling I’ve not known since that day.

Paul Brown has been on Death Row in North Carolina since 2000 for 1st degree murder.