What Would My Old Friend Willie Sutton Say About Today’s Prisons?

The sun was a brilliant orange ball dropping slowly behind the Adirondack mountain range. As far as the eye could see, spring had dressed the landscape in shades of green, and the scent of fresh cut grass paid a welcomed visit to my four gallery perch.  It was the kind of late May day that makes a man thankful for the air he breathes, even if he is breathing inside a state prison cell at Great Meadow Correctional Facility in Comstock, New York.

Suddenly the tranquil turned to turmoil, and from my cell I heard hostile shouts of an inmate confrontation. “SHIT I’m Down!” followed by “Dat Snitch-ass Mothafucka Down!” echoing from the cells beneath me.

The angry shouts were quickly followed by the unmistakable smell of human feces. As I prepared for the calamity to come, I thought, “What would Willie say?”

In the summer of 1968, I was confined to cell #11 in the Queens House of Detention for 30 days in the “Bing” [Solitary]. In cell #1 was the legendary bank robber and escape artist, “Willie The Actor” Sutton. Willie’s lawyer had filed a motion and Willie was down from Attica for a hearing before Judge Peter T. Farrell. 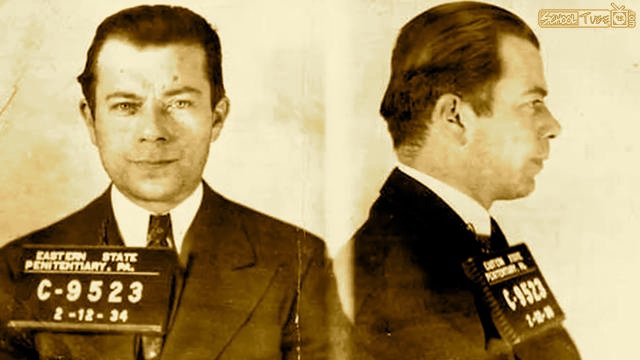 Although he was 60 years old, Willie was still considered a “high profile” convict and, as such, he was granted only one hour a day out of his cell to walk the gallery. Though a thick screen gate separated the five “Bing” cells (11 to 15) from the rest of the gallery, Willie would nevertheless stop by the gate and talk to me each day.

I remember being in awe of this old gentle man, who I had often seen portrayed on TV by the actor Jay Novello when I was a kid. He was intelligent, humble, and dignified, with an easy smile that matches the twinkle in his eyes. I was a 24-year old “problem” looking at a seven-year bid [sentence], so I absorbed like a sponge everything Willie had to say concerning prison life.

Willie Sutton’s easy smile would not have been displayed over today’s folly.

It would have been unthinkable 20 years ago for a convict to throw feces at another, but that doesn’t hold for a prisoner today. The throwing of feces today quickly escalated into a life threatening event, initiated by prisoners, and dangerously ignored by correctional staff who would’ve told a tale of lies, had a death occurred.

The foul smelling feces was followed by a cacophony of anguished souls yelling and hanging on their bars for the C.O. [Corrections Officer] to open the windows. “HEY! C.O. ON THE WINDOWS! CRACK DA WINDOWS MOTHAFUCKAS! YO! GET YOUR CRACKA ASS ON DEES WINDIZ!”

Prison is a cruel society where the truth of Joe Louis famous saying, “he can run, but he can’t hide” is born out everyday. Apparently the “feces fellas” had been busted a few months ago for drug possession because one of the guys snitched on the others, in exchange for a break. He was then transferred here, to Comstock.

When their shouts brought no response from the guards, and the smell of human waste became unbearable, the men in their cages resorted to an invention of early man: fire. Within minutes, the smell of smoke reached my area, causing me to stick my mirror out of the cell bars. A thick haze of black moved ominously down the gallery, resembling the approach of an evil force.

The shouts for the C.O.s now turned to hacking coughs and choking sounds. I took a t-shirt off my line and soaked it fast in my sink. Holding it to my face, I quickly got my fan out and set it on the floor by the gate. Being trapped in my cell as the “black death” grew thicker, I briefly considered my cell becoming my coffin. Seconds later I replaced that thought with, “What would Willie say?”

For the most part, the players were young bodies from the hood to which feces, fires and fights were all a game. “Catch Rec” they call it. “Catch Rec” allows for any calamity that stems from the boredom of lockdown, and carries no condemnation from peers. How the behavior squares with self-esteem, responsibility, etc. is rarely considered.

As the smoke grew thicker and the fan proved to be of minimal protection, I pulled the sheet off my bed and tied it quickly across the front cell bars. My eyes were now burning and tearing as I stepped to the sink to rinse them. The noise and the coughing made it sound like New Year’s Eve at a smokers’ convention, and my postcard world outside had all but disappeared.

Four galleries of men, 39 cells to a gallery, 156 men total, can make a helluva racket when given cause, so I reasoned that there was no way in hell that the C.O. staff was unmindful of the problem.

In a matter of seconds, I heard the windows cranking open and the scent of fresh air followed. The whirring of the large fan helped clear the smoke allowing the world outside to slowly reappear.

The noise from 3-gallery turned to hostile curses from prisoners directed at the CO staff. It was the COs payback time for the inmates’ disruption. After their hoses and extinguishers had put out the mattress and pillow fires, a couple of COs took aim at a few cells and fired. “SPRAY YA MOTHER YA BITCHASS CRACKA” … “How about I spray your mother, punk. I bet she’d like my hose!” It went back and forth – the US against THEM voices responding jibe for jibe like children at play. Then the demeaning confrontation ended with the COs retreat. I thought, “What would Willie say?”

By nightfall, the smell of feces and smoke had dissipated, and the alleged “snitch” had not been heard from in hours. Still, his silence was not enough to quell his adversaries’ boredom or their banging on his wall with curses that rained on his whole family tree.

Today the “snitch” was made to order. He got “fouled up” instead of “fucked up” and tomorrow he will probably sign into P.C. (Protective Custody/Solitary). Yet during his brief stay he managed to bring the worst out of both the Kept and the Keeper.

I saw Willie Sutton one more time after I was released from the “Bing” — we shared a courtroom holding cell in Judge Farrell’s court. When the radio reported Willie’s release from Attica around Christmas of 1969, I cheered. I learned he had gone to live with his sister in Florida, where he passed away a few years later.

At the time of the Attica Insurrection almost two years later, the prisoner population in New York State was approximately 12,500. Prisoners were confined in six maximum security prisons for men, the Bedford Hills prison for women and a handful of adolescent reformatories.

In the early 1980s, a number of factors caused the Department of Corrections to spread like chicken pox across the landscape of upstate New York. These factors saw the inmate population rise to its present 69,000 plus, with the accompanying construction of 50 maximum, medium, and minimum facilities state-wide.

The most notable cause of this growth was the legislation passed during the 1970s re: New York’s revised drug laws (Rockefeller Drug Laws) and mandatory sentencing laws, (1973-78). That legislation in the ‘70’s – combined with economic factors and upstate politicians anxious to bring economy to their districts – initiated a program of massive prison construction. Suddenly, prisons became an accepted means of fiscal survival.

In the past thirty-one years, I have never slept behind anything but a maximum-security wall. I have lived in close proximity to every type of criminal. What the snitch hadn’t figure on was the speed of the prison grapevine [alerting prisoners at Comstock of his past snitching] which was now squeezing the slime out of him.

Over the years, I have watched correction officers rise through the ranks, as well as march out the front doors in handcuffs. I have enjoyed no vacations, sick leaves or 8-hour shifts, but I’ve lived this 24/7 monotony with the sole purpose of maintaining my humanity and, someday, my release.

Lying there in the dark prison morning I considered the sorry shape we are in today. Then I wondered… “What would Willie say?”

Maybe it was Fyodor Dostoevsky who said it best. “The degree of civilization in a society can be judged by entering its prisons.”