Why I Am Still On Death Row 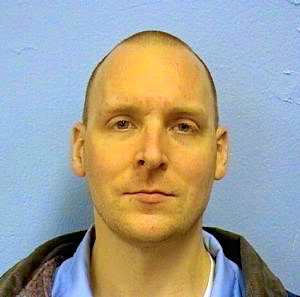 I was on death row for many years before Illinois banned the death penalty in 2011. I’m a “lifer” now, serving a life-without-parole (LWOP) sentence.

Does that mean I’m thrilled to be off death row? Quite the contrary. Why? Well, not for the reasons you probably think. Let me explain…

Death penalty inmates get all sorts of legal resources thrown at them, while lifers are left to fend for themselves. And the numbers say it all.  A whopping 73% of death penalty convictions are overturned, while only 7% of “lifers” convictions are.

And If you understand why and how so many death penalty convictions are overturned, you’ll see that there’s a likely chance there’s an even higher % of innocent people in prison with LWOP sentences than with death sentences.

Activists the world over, write to death row inmates offering emotional, financial, and legal support. Innocence projects, high-powered law firms and others jockey to represent them in court. Laws are enacted across the country to ensure that those who receive the death penalty are provided heightened due process rights. Their cases are reviewed with a fine-tooth comb to supposedly ensure no innocent person is put to death.

“Both Republican and Democratic appointees have voted to overturn death sentence convictions because they so often involve such issues as evidence withheld from the defense, police and prosecutorial misconduct, corrupt judges, lying witnesses, faulty forensics, biased juries, improper instructions to the jury, or other serious flaws in the original trials.”

So the more heinous your crime, the more likely you’ll get your conviction overturned. A death sentence literally improves your odds of getting a new trial by a factor of ten.

Common sense therefore tells us that if lifers were given the same additional due process safeguards and resources, thousands more of them would have their convictions overturned as well. While some obviously would be re-convicted, others would be able to finally prove their innocence.

In fact, in states with the death sentence option, prosecutors use the THREAT of the death penalty sentence to get offenders to take a plea deal of life-without parole and avoid going to trial. When Gov. Quinn abolished the death penalty in Illinois, a prosecutor claimed that the loss of the death penalty denied him a valuable tool to scare people into pleading guilty in exchange for a LWOP sentence. He seemingly doesn’t realize what many former death penalty prosecutors already have – “that threat of death is used as a coercive tool to get guilty pleas for capital crimes, leading to false life-sentence convictions”.

I was found eligible to receive the death penalty prior to being wrongly convicted of a gang-related double murder. A jury found me guilty, even though there was insufficient evidence to convict me as an actual perpetrator of the crime. The appellate court claimed I was convicted under a “theory of accountability,” seemingly for the actions of my co-defendants.

Ironically, the judge found all of my co-defendants’ ineligible for the death penalty. It made no difference to the judge that this was my first felony conviction – while my co-defendants all had extensive past criminal histories.

Serving a life-without-parole (LWOP) sentence, I am now one of thousands on Illinois’ invisible death row. Across America, we “lifers” now number over 100,000 – nearly one in ten of whom were juveniles when they “allegedly” committed their crimes.

Even Opponents of the death penalty argue that LWOP is the perfect alternative to the death penalty, as if the end result were somehow different. The end result, however, is exactly the same — no freedom whatsoever, no second chances, and death in prison. Death may not come as quickly as a planned execution, but it’s still a death sentence all the same.

For that reason alone, myself, and many others feel that a LWOP sentence is worse than the death penalty. “Death by incarceration” is just as heinous as death by lethal injection, for a number of other reasons.

While an execution is over in minutes, “lifers” are denied adequate medical care and often die after years of unnecessary suffering in excruciating pain due to any number of untreated ailments: cancer, hepatitis, diabetes, liver disease, etc. They spend decades in maximum and super maximum-security prisons where daily life is miserable and conditions are often unconstitutionally horrendous. It’s no wonder why former New Mexico Governor Bill Richardson said in his opinion LWOP was a much worse sentence, and felt comfortable signing off on abolishing the death penalty.

Waiting to die by imprisonment means decades of disappointment as each appeal is arbitrarily shot down. It means you are forever told you aren’t worth rehabilitating. Trying to convince yourself daily that your life has value even while the rest of the world tells you you’re worthless. You spend a lifetime wondering what your true potential really is, and yearning for the chance to find out. This is especially unbearable for the wrongly convicted.

An LWOP sentence means constant contemplation of a wasted life as you hear about your loved ones dying off one after another; a continual despair as to both your inability to aid or comfort those who remain, or accomplish anything significant with your remaining years. It’s a compounding of second upon second, minute upon minute, hour upon hour of wasted existence. As the suicide rates attest to, a quick death is often preferred.

A few others are starting to recognize the truth about LWOP sentences and the like. Catholics, who have long been opponents of the death penalty and supporters of LWOP, are beginning to see the error of their ways.

On October 23, 2014, Pope Francis acknowledged, “A life sentence is a hidden death sentence.” Likewise, the other Death Penalty Project has had some limited success in convincing anti-death penalty groups to either stop pushing LWOP as the “perfect alternative”, or to stop discriminating against those sentenced to death by incarceration.

So, while Illinois and some other states may have abolished the death penalty, and no longer have literal death rows, there are still thousands of us, many of us innocent, occupying death chambers on invisible or hidden death rows.

We send your comments to our writers but if you’d like to contact Joseph directly, please write to: