When Daddy Is In Solitary 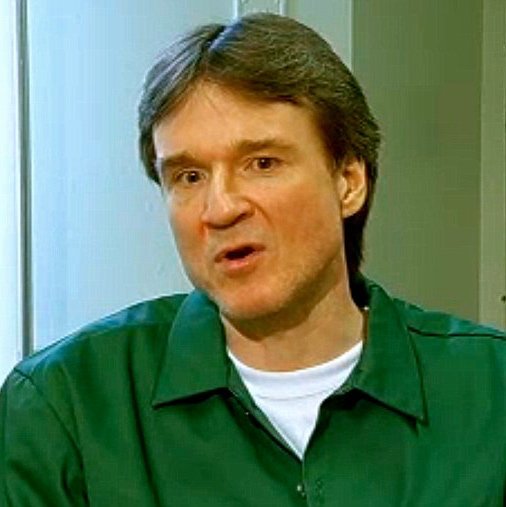 One night in the early part of 2000, as I lay in my bed in Sullivan Correctional Facility’s Special Housing Unit (solitary), my mind was full of thoughts of my daughter Santana. Thoughts of her would fill my mind every day without fail. It was late at night and I had already asked God to keep her safe, healthy and happy, like I do daily.

My little girl was 5 years old then and would soon be turning six, and her mother was bringing her to see me right before her birthday. I was trying to think of something to give her for a present that would be special and that she would like. I knew she liked money like all kids do, and I had enough in my account to give her some so she could buy herself something nice.

I had already been in the box for years at the time, without TV or any other medium that would have told me what the latest toys and trinkets were that little kids were into. So I really didn’t know much about what a little girl might like. Giving her money to buy something that she could choose herself seemed to be the safest bet, so I decided I’d do that.

There is nothing special about a gift of money, except the heartfelt thought of the giver. I had been writing poetry since I was a teenager and read about the Harlem Renaissance and the poetry born of it. I wrote my first poem while I was in a juvenile joint called Berkshire Farm, located in a small town called Canaan, somewhere between Albany, NY and the Massachusetts border.

I decided that I would write Santana a poem for her birthday.

A game I would play with my baby on visits came to mind as I thought about what to write. I would tell her I’m going to ask her three questions, or sometimes four or five, and if she answers them all correctly she wins, and I’ll take her up to the vending machines lining one wall of the visiting room and buy her some candy or ice-cream, whatever she likes. Of course, inmates weren’t allowed to handle any money, so her mom would have to drop the coins in the machine for me while I took care of hitting the buttons for whatever items my little girl wanted.

I would ask her questions like “Who’s the one that I love most of all?” She knew that one well. “ Me, ” she would answer easily.

“Who’s the one that I am sooo crazy about?” I once asked her. “Me,” she responded in an instant. The little girl was brilliant.

One time I had her answering a whopping ten questions for a mega prize of goodies if she could get them all right, and I was firing them at her rapidly as she sat in my lap.

“Who am I gonna be loving longer than the sun is going to be burning?” Another easy one for her.

“Who would I die a thousand terrible deaths for without needing to think about it?”

“Me,” she tells me excitedly, on a roll now and nearing the final question.

“Who is the president of Russia?” I asked her real quickly.

“M-,” she starts, but stops. She looked hard at me with those beautiful brown eyes of hers then it’s dawning on her that something here is amiss, that the game does not go like this. I watch as the prettiest smile spread across her lovely face as realization hit her, and she said “Not me.” She didn’t know who the president of Russia was, and I have no doubt that she didn’t care either, but she knew that she most certainly was not. She had just answered the tenth question correctly.

“That’s absolutely right honey. You win,” I told her as I hugged her to me and picked her up to go collect her prize. I am so proud of my little genius.

I decided to write Santana a poem that would ask her questions like in the game we’d play, and I got up from bed and wrote it down in the dark after I had written it in my head.

Inmates in Sullivan’s box (solitary) can’t control the light in their cell, so if I wanted mine on I would have to wait to catch a corrections officer making rounds and ask him to turn my light on. I couldn’t see the lines on the paper, or what I was writing on it, but all I cared to do was get the poem down so I wouldn’t forget it while I slept. And I didn’t want to wait. I could rewrite it neatly in the morning.

Inspiration had come powerfully and I had the short poem written in just a few minutes. Nothing inspires me more than love does, and no love more than my love for Santana.

When I was told by my C.O. [Corrections Officer] that I had a visitor days later, I was fully dressed and ready to go. Whenever I was called for a visit, and knew my daughter was there to see me, I could never get to the visiting room quickly enough. I would walk so fast on my way that I had many times been told by the C.O. escorting me to slow it down, but if it were up to me I would have been sprinting. Every minute with my little girl was precious to me, so I wanted as many as I could get.

I had written the poem down on paper so I could give Santana a copy to keep, but I was going to recite it to her also, so I had memorized it.

When I stepped into the visiting room and she saw me from where she sat at the opposite end from where I had entered, Santana came running into my arms. I scooped her up to get the hugs and kisses I loved, and carried her back to the table where her mother sat. A few minutes later I squatted down in front of my baby so I was at eye level with her, wrapped my hands around her tiny waist and I told her that I have a poem I wrote for her for her birthday. I told her it is called My Baby Girl, looked into her bright eyes and recited it to her:

Who gives me great kisses and hugs so good?

Who would I give this whole world to if it were mine and I could?

Who puts a sparkle in my eyes when she smiles at me?

Who is always on my mind no matter where I might be?

Who’s the one that I love more than words can ever say?

Who’s the one that I’m missing every moment she’s away?

Who do I want the best for in everything that she does?

Who’s the cutest of them all if one girl ever was?

Who else could it be in all of this world,

Who’s the joy of my lifetime?

When I had finished reciting her poem, I asked Santana, “Do you like it honey?” For several seconds she just looked at me without speaking, and I could see crazy love in those eyes of hers. Then she lunged forward and wrapped her little arms around my neck, and I enfolded her in mine. She held onto me for a long time, not talking at all.

Some silent replies work better than words, and are even more eloquent. Some things are simply beyond description. Without speaking at all, my little girl had given me the best answer to my questions that I could ever have gotten.

She loved her poem. And she loves me.

William Blake is serving 77 years to LIFE for killing a police officer while being transported to court from county jail to face drug and robbery charges.