When a Bump On The Head is Just a Bump 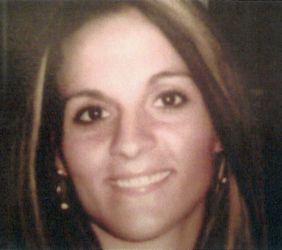 Three years ago, when I was at the Texas Prison intake unit for females, I bumped my forehead twice in two day. The first injury was the result of lying on the floor and digging in my locker while holding up the lid with an unsteady hand. The other mark was the result of knocking my head against the ladder on the bunk in an effort to be first in line for commissary.

No more than 12 hours after the 2nd incident, I was called to Line Control where all the ranking officers held their offices. I was summoned to the Safe Prison’s door where the sergeant awaited me. She said she had received an anonymous concern pertaining to the marks on my forehead – and no incident report to report them. The assumption was that I could have been “bullied” or “abused.”

I was interrogated as to when and how this happened three different times by three different sergeants, in three different ways. They asked me why I didn’t report it and avoid all this. I gave the standard response: “I  didn’t want to get a disciplinary case for failure to be aware of my surroundings or destruction of state property” (since I’m currently a ward of the state).

And their response was, “So you’d rather get written up for failure to report an incident?”

I said everything I could to get the Safe Prisons Sergeant to believe that what had actually happened was the truth, but no one seemed to care. Then I was put under an Offender Protection Investigation (O.P.I.) to “protect me” under the assumption that I must be too scared to tell them that my injuries came from being abused.

They even had me strip naked and took pictures of every inch of my body and then escorted me to medical to have a full evaluation done. All the while, I couldn’t really tell if the staff were being sarcastic or not, saying things like “It’s our job to protect you” and “No one should take abuse.” I swear I caught a smirk on one of their faces while attempting the genuine concern that’s expected of them. I was beginning to feel like I was being punished and humiliated.

I was resigned to the inevitable, namely, that I’d be put in segregation for my protection (protective custody) for a few days while they sorted it out.

I just remained silent and allowed them to do what they thought needed to be done.

During my lockup, I was pulled out of my cell one more time to be questioned by a Safe Prisons Committee member. She looked at me and said, “Look, j get it, okay? You’re old school, you’ve done time before and you don’t want to wear the snitch jacket.  But it’s my job to protect you if I suspect foul play and that’s just what I am going to do.”

I couldn’t do much else but laugh at the enormity of a situation I’d created by being clumsy. Still, a thorough investigation was conducted, which included an inventory of all my property

(picking through it with a fine toothed comb), reading all of my correspondence, and questioning random offenders who lived in the same dorm with me.

Finally, the investigation was dropped with the final verdict being that due to my clumsiness, I did, in fact, just bump my head twice in two days.