What Prisoners Think Of Trump 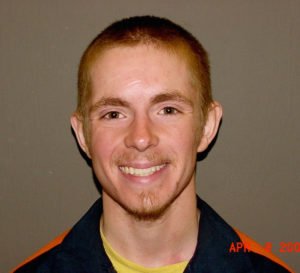 First, what prisoners think of Trump is that he’s done the impossible, which is to take prisoners who would otherwise vehemently despise each other and unite them (albeit into one of two groups). Prisoners either love or hate him, without anyone really in-between… though that’s also how it appears to be in the rest of the country.

The people inside who love him aren’t ALWAYS the ones you might stereotype as his supporters. He has the emotional support of, yes, a lot of the racist and neo-Nazi gangs, but not of white prisoners as a whole [actually, among the ones I’ve talked to, the number is overall far below 50%]. Most white prisoners today, poor and non-religious, don’t identify with the economic or religio-conservative policies he’s implemented.

Among the ones who do, a large majority seem to be from the Catholic/Christian groups inside, and from those whose crimes didn’t involve what I like to refer to as “alternative economic pursuits” (i.e. drugs/prostitution/rackets)… with a surprising number who fall into BOTH of these categories being those inside for rape, child-molestation, fraud, and embezzlement. In these and white-supremacist groups, he enjoys about a 95% approval rate.

Another surprising subgroup of Trump supporters include a lot of the gang-leaders, the higher-ups. Some respect his willingness to take risks, while others see him as something of a bulldog… and they love the bulldogs that are fighting for “us”. Most of the gang-members, black and Latino, I’ve talked to for this piece see one thing above all others that they like in him: “he runs shit like I would run shit.”

MOST prisoners, however, do NOT like or support Trump. Back in 2016, I watched one older black man, who had been in prison since the 1970s and who says he marched with Civil Rights advocates in the ’60s, actually start crying in our dayroom here when the election was declared for Trump. This seems to be about the general consensus amongst most convicts, particularly those of color.

The majority I’ve talked to see Trump as racist, or at least racially-manipulative, and out-for-himself. Some were impressed by his support for certain criminal justice reforms and for his pardoning of a handful of federal prisoners who had received egregious sentences, but most merely saw this as a political stunt at an opportune time.

If there is one defining political issue among prisoners, it is criminal-justice reform… particularly criminal-justice reform that would specifically help THEM reduce their own sentence. The three largest criminal-justice initiatives that prisoners want to see are changes in sentencing lengths, changes in drug laws, and the repeal of the ATEDPA: the “Anti-Terrorism and Effective Death Penalty Act”. The latter, despite its name, predominantly affects state prisoners by severely limiting their ability to appeal their sentence in federal courts (regardless of whether the sentence involves the death-penalty). There is a near-universal belief in prisons that a Democratic president (particularly with a Democratic legislature) will effect changes that reform these laws.

The Marshall Project did a survey of prisoners’ political views

Our President-elect, Joe Biden, and Vice-President Kamala Harris, enjoy a sizable majority of support of these non-voting constituents. Very few prisoners I talked to had much of an opinion on Joe Biden other than that he is a Democrat and they support Democrats over Republicans and particularly over Donald Trump. For them, Joe Biden is less “President Biden”, and more “Our Democratic President”.

But Vice-President Kamala Harris engenders some strong opinions, the majority of them good, for her achievement as the first black (and female) Vice-President, for her “fierce” and strong responses to Mike Pence in the Vice-Presidential debate (heavily watched in prisons across the country), and for her stances on criminal-justice reform. In fact, after speaking to nearly 100 prisoners from every demographic for this article, the only specific negatives I heard about her were either racist, from specifically white-supremacist prisoners, or sexist, from members of all demographics [while prison has strong racial divides, it is an even more sexist place].

Most states allow ex-prisoners to vote, either the day they are released from prison (like Michigan) or once their entire sentence is completed and all money owed in fines and restitution paid off (like Florida). If the currently-incarcerated, the only group of adult Americans who don’t possess the right to vote and representing nearly 1 percent of all Americans, were all immediately released, would it affect the national election results? Probably not, at least not dramatically.

Many were proud voters before their incarceration, but just as many were (by necessity or choice) too caught up in their lifestyles to vote when they had the right. The only real “undecideds” are the approximately 10 percent of all prisoners who never were represented politically in their lives, those who came to prison underage, and those who came of age inside.

As one of these inmates, I want to encourage anyone who can vote to GET OUT AND VOTE!