Illegal Activity In Prison – Does Anyone Care? 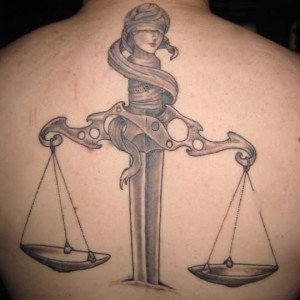 We all have seen the recent police brutality videos and killings of unarmed minorities by police. Usually, their defense is that they felt threatened, even though the deceased men were shot in the back, running away from the cops. Even with digital images and video of the incidents, most cops get away with everything they do.

Behind bars, in most U.S. jails and prisons, frequent police abuse is looked at as normal as an early cup of coffee. Prison culture is such that inmates are forbidden to file a complaint against anyone. Who would that inmate tell anyway, since he would have to complain about a prison guard to another prison guard? Furthermore, that inmate would put his life in danger by becoming a victim of fellow convicts — considered ‘‘prison justice” since such inmate would be considered as a snitch, a rat.

Even if an inmate is brave enough to file a grievance, who would believe a convicted criminal over an outstanding citizen working a dangerous job (i.e. prison guard)? After all, inmates don’t have the freedom to record abuses with their cell-phones like normal people outside of the prison walls. So, inmates who suffer abuse are forced to stay quiet and take the abuse.

Many correctional officers are very vindictive. For example, if an inmate files a grievance against an individual prison guard for (let’s say) not releasing the wing to allow the inmates to go to the recreation yard on time, the guard, instead of simply giving the reason why there was a delay of the wing release to the yard, the guard goes into the inmate’s cell and trashes the inmate’s personal property, giving the excuse of “Mandatory Random Cell Search.” So, many inmates never file any grievances in order to avoid losing personal property.

Other guards go into the inmate’s personal records to look for things that may jeopardize the inmate’s life behind bars, things like having a sexual conviction, or having testified in court against a fellow convict. Guards know that and use it as a tool to keep complainers on check.

At one point I was working as a trustee, sweeping and mopping my wing, so I had to have some close contact with the wing guards. In that wing, there was an inmate who kept arguing with a prison guard about various things, like wanting to move to another cell, needing more toilet paper, trivial things like that. One day, the guard was so tired of that guy’s whining, he called me and told me that the inmate was a “rat’’– his obvious intentions being for that inmate to get beat up or stabbed so that he would get transferred to a victim’s prison yard. The guard even told me that he could show me his paperwork (as proof he was telling me the truth).

That was a clear violation of the rules and regulations of the prison system, but it happens on a regular basis. I certainly was not about doing anything illegal — I want to go home! But I knew then that it was dangerous to have a conflict with any guard, especially the guards who believe they are judges and executioners that need to punish prisoners.

On the other hand, I have seen other guards very close to certain inmates. Some female guards, with low self-esteem, try very hard to get attention from inmates, the attention that they can’t get out there. Women who are a “3” or “4″ out there, become a “7″ or “8’’ behind bars — in the eyes of desperate, sexually deprived men doing life sentences. Female guards know it and take advantage of it to get a boost of self-esteem, or more. I’ve seen women talking to inmates as if they were buddies, talking about their sexual partners, and previous party days (over-familiarity a violation of their rules). It’s not unusual for a woman to fall in love with an inmate, or to have some sexual contact with a younger, fit, sweet-talker man. And sometimes even bringing contraband into the prison for them (tobacco, a cell-phone to talk after hours, and even drugs), I’ve seen it.

This happens and people know about it, but no one does anything about it. Who would you tell when the ones doing the illegal activity are the same people who are supposed to enforce it? Out there, cops are recorded shooting or beating a person on the ground, and “they” find it to be justified. (Just because cops are yelling ’STOP RESISTING! STOP RESISTING!” it doesn’t mean someone is actually resisting.)

What hope is there for a convicted man in prison who wants to report illegal activity?

Victor Becerra is serving 91 years in prison for sex crimes.