Do You Want To Know Why There’s Violence in Prisons? 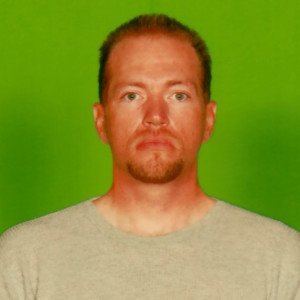 Yes, I know what you see in movies. Yes, I know what you see on television. Yes, some of it’s true. Racial tensions are always sparking, sometimes turning into a bloody conflagration that sweeps through the prison burning anyone in its path. And yes, there is a hard and fast rule about debt – whether it’s gambling, drugs, etc. – you don’t pay, you get stabbed. There is no declaring bankruptcy.

Most violence in prisons stems from a million little frustrations that cannot be released and so build up until someone explodes. They receive bad news from home: find out their mother died three months ago and no one bothered to tell them, their wife is divorcing them and taking everything, their family decided to sell their favorite possession – it’s not like anyone’s using it anyway, right? – the scenarios are endless.

What do we do? What can we do? Not much.

Perhaps it’s something going on in the prison: their boss denied them a pay raise from $.08 an hour to $.10 an hour after two years of hard work, they are suddenly kicked out of the cell they’ve lived in for several years and thrown into a new cell with a person they don’t even know, maybe they lost big on the poker table and aren’t sure how they will cover the loss before… you get the picture.

So, how can we inmates deal with the stressors exponentially magnified by our environment? Keep a journal and try to make sense out of this mess called prison? The average education level of prisoners is about that of a sixth grader, at best. Could anyone expect a sixth grader to have the vocabulary skills to accurately describe the complexities of an environment like this?

Maybe take a little quiet time to get some perspective on the situation? Forget it. Being locked in a 6×12 box with a cellmate that won’t shut up and has diarrhea when you have a toilet that only flushes three times an hour isn’t exactly conducive to thought.

Perhaps take a walk to gain some clarity? Our only choice is to walk a track, surrounded by a group of people – a single person is too easy of a target – and we have to constantly be aware of our surroundings. Just in case something were to happen. Instead of clearing one’s head, the clutter of worries becomes worse.

Reading a book, watching television, and playing cards is what we mostly have. But they don’t solve problems, they only mask them and push them away.

It’s when the stress of a situation can’t be ignored anymore that prison fights occur. The trigger can be anything – and is often something seemingly inconsequential.

I have seen one inmate slash another’s face over the t.v. volume being a single bar higher than he wanted.

I have seen a riot start because one inmate bumped into another in a crowded medication line.

Violence in prisons is everywhere. It happens more often than you think. It occurs for more reasons than you will ever know. This is not a movie or television. The blood is real. The scars last forever. And dead, is dead.