Illinois currently finds itself in a dire fiscal state. A main cause of this has been years of passing laws without any consideration of the resulting financial costs. An egregious example of this is the Truth-In-Sentencing (TIS) law.

For more than a decade, Illinois resisted enacting a TIS law while other states rushed to do so. Instead, the state increased sentencing ranges for violent crimes. Illinois didn’t pass its Truth In Sentencing law until the federal government began offering monetary incentives to states to do so. Although the law was enacted in Illinois over 16 years ago, not a single comprehensive cost/benefit analysis has been undertaken to determine what monetary effect enactment has had on the State.

Other states that enacted TIS legislation adjusted for it by reducing sentences so that the average imposed was about half the length before enactment. That way a prisoner ended up serving the same amount of time in prison and didn’t cost the State additional money. Illinois, on the other hand, failed to adjust. Instead, judges here actually increased average sentences imposed or kept handing out similar sentences. With the sentencing ranges having already been increased, taxpayers are being hit twice as hard.

A couple of years ago, I compiled a preliminary report

[a 20-page research paper published by realcostofprisons.org] and found that, even if one considers the meager funds received from the federal government from 1996-2004 ($125 million), the additional costs incurred by the State for sentences imposed under TIS for 2002-2004 alone will be over $750 million. My estimates were extremely conservative. I used $25,000 as the per person cost of incarceration for one year. (According to the Vera Institute of Justice, the true cost is actually $38,268.)

Prior to TIS passage in Illinois, if a person received a 50-year sentence for murder at age 18, he or she would have had to serve around 44% of that sentence, or 22 years. Thus, the State would incur a cost of around $841,896.

After passage of TIS, though, that same sentence means the offender must now serve the entire 50 years and won’t be 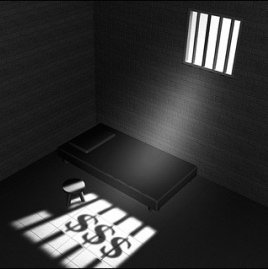 released until they are 68. Therefore, the first 32 years will cost the State $1,224,576 and the last 18 years, when he or she is elderly, with increased healthcare needs, will cost the State an additional $1,242,000 (the ID0C considers prisoners elderly at age 50, and the CDC reports that elderly inmates cost $69,000 per year). So before TIS, a 50-year murder sentence cost taxpayers $841,896, and after TIS that cost rises to $2,466,576 (not counting investigation, prosecution, and appeal costs). Thus, TIS nearly tripled the cost to taxpayers, adding $1,624,680 to the state tab for each murder sentence. Each year over 300 people in Illinois are sentenced for murder. Thousands more are sentenced for other violent crimes.

All of these TIS sentences add up to the State incurring well over a quarter of a billion dollars per year in added liabilities. It is time to use some “common cents” in our criminal justice policies.

We submit all comments to the author on a weekly basis, but if you’d like to contact this author directly, please write to: