Our Writer and Friend Troy Davis is Free! 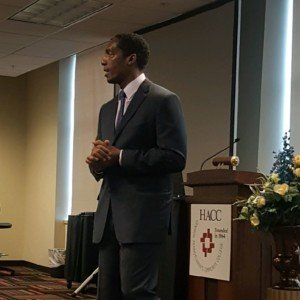 Troy David has been released from prison! After saving up money for the first six months — while he worked and lived in a halfway house — Troy now has his very own, very lovely apartment in Harrisburg, PA and is working hard at his job in retail sales! In his spare time, he is starting “BoyZ 2 MEN, INC” — an organization he dreamed about starting in prison that plans to  steer young kids away from gangs.

Don’t miss Troy David’s stories, including these 5 tips for reentry!!

ONE:  I began to read self-help books, religious books and history books.  Reading matured me, made me think outside myself.

TWO:  I questioned how I put myself in prison.  One day I finally said to myself – “you killed someone” – a young man’s life is gone.  And I wondered how my mother would feel if it had been me who had been killed.

THREE: I began thinking about my victim’s mother.  I didn’t know her, but I felt for her and her family.  How had the loss of her son affected her?  How had my actions affected my community?  It’s unpopular and difficult to raise my concerns about the victims with other inmates. (“What about them?”)

FIVE:  I stopped complaining. I am amazed at inmates who write articles complaining about the food, the cost of phone calls and the cable system, etc. I never read or hear these “crying mouths” talking about forgiveness. What about writing an article asking victims of crimes for forgiveness?