The Catch-22 Of Prison Phone Calls 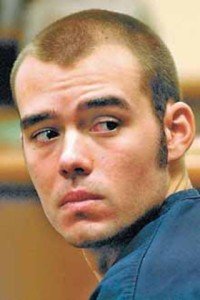 That’s how much time you have to call home and speak to your family, if you’re a prisoner in California who’s not been issued a job assignment.

And that’s assuming that anyone picks up the phone. If you happen to miss them on the way to the grocery store, then it’s tough luck. You’ll have to wait another month to try again.

Don’t be mistaken. This is not a harsh form of punishment for bad behavior. This restriction is being placed on inmates for simply not having a job assignment – which the prison is responsible for issuing. And due to the continued overcrowding in California prisons, it can take an inmate years to be issued a job assignment.

I should know. I haven’t had a job in nearly two years.

During that time I’ve had to go to some creative lengths just to speak with my loved ones. I’ve used Ramen soups and coffee to barter with other inmates for their assigned phone time. I’ve pulled my hat down to try and hide my face so the tower guard wouldn’t recognize me as unemployed and shut my phone off. I’ve even spent countless hours “Phone Sharking,” loitering around the phones like a vulture in the selfish hopes that the next man’s family wasn’t home so I could use their phone time. That’s not to mention the countless arguments and fist fights I’ve seen break out on account of these phones. With only one opportunity a month to call home, guys will protect their prison phone calls with their lives.

One way or another this cruel restriction has to end. Prison is supposed to rehabilitate us, to make us into better men who can function productively in society. Instead, we’re being isolated from the outside world, cut off from participating in the lives of our loved ones. Want to have a heartfelt conversation with your wife? Tell your ailing father how much he means to you? Congratulate your child on scoring their first goal? You better talk quick, dude, because once those fifteen minutes are up, it’s going to be another month before you can hear their voices again. Try calling again before that time and you risk being punished for breaking the rules. 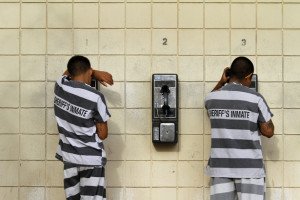 What’s absurd is that the parole board puts a lot of weight on the quality of an inmate’s “Support System.” They want to know that once we’re released we’ll have a whole network of loved ones who will be there to help get us back on our feet.

Exactly how are we supposed to maintain, nurture, and evolve our support systems when they’re literally being taken from us for no other reason than the prison doesn’t have enough jobs to go around? Relationships are built on communication and interaction – things which are impossible to accomplish in fifteen minutes every thirty days.

Not only are California prisons taking away our freedom, they’re isolating us from our families and limiting what little connection we have left with the outside world.

Of all the atrocities I’ve witnessed in prison, this arbitrary, malicious restriction is by far the worst. It’s just another example of California’s counterproductive prison policies that serve no other purpose than to hurt us and our families.

The Catch-22 of Prison Education

So why have the prisons decided to place this harsh restriction on our phone calls? My only guess is the overcrowding issue. There’s nearly 200 men housed in each building, with only four phones for them all to share. Of course there’s going to be problems. But instead of installing a few additional phones to ensure that inmates have reasonable access to their loved ones, California prisons would rather spend their money on overtime pay, stockpiles of mace and the meters that limit the water flow to our toilets.

I would call for help, but unfortunately I’ve already used my phone call for the month.

Patrick Michael Larmour is serving 33-years to life in California for crimes he committed as a juvenile.

We send your comments to our writers, but if you’d like to contact Patrick Lamour directly, please write to: