Suicide Is My Only Way Out, After Waiting 3 Years in Jail For a Trial 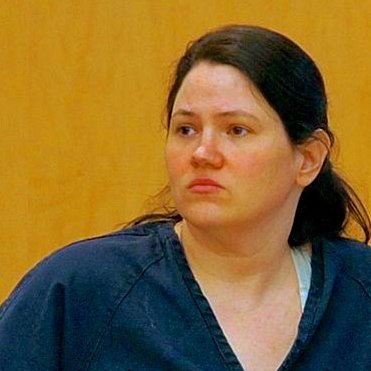 Yesterday I was moved to a cell with an observation camera in it. There was a good reason for the move, although the staff was unaware of just how much of a good reason there was.

I sometimes secretly refer to myself as the Wylie Coyote of suicides. In the 34 months that I have been in custody, I have made at least two dozen attempts to end my life. So far, like Wylie Coyote, I have been an epic failure. I have only been caught once and that was my first attempt. My tattletale bunkie came back from breakfast too early and turned me in. Suicide is a solitary act and privacy in jail is very hard to come by.

I, like Wylie Coyotes everywhere, suffer from defective products to accomplish the task at hand.  FYI, cleaning products grossly overestimate their toxic powers. I can detail for you the taste and the effect of nearly every cleaning product used here, including Ajax. Poison? Blah! A laxative from Hades? Yes! Lethal? No! I have to wonder if this can be construed as false advertising, but I doubt it.

Now before I continue, let me state clearly that in none of my attempts was the jail negligent. Their response to the one time they caught me was lacking, but the times I was interrupted, they were unaware of what was going on and I did not feel inclined to enlighten them. Padded cells have no toilets and I look terrible in safety garments. Velcro is so 1980’s.

You may be questioning the psychiatric services here, but since I refuse to see or talk to psychiatrists here, it’s hardly relevant if they are good or not. I have refused these services since November 2012. During those first few months I was in custody, I witnessed the lead psychiatrist, who is referred to as Dr. Monroe, abuse her position, mismanage inmates’ medications for personal reasons, selectively ignore patients in need, and other appalling unethical behavior. I reported her to the California State Board of Medicine, but it was dropped. I had not personally been her victim since I refused meds. I didn’t know her victims’ names at the time and privacy laws require permission for the board to review files.

Since then, Dr. Monroe (so-called for her inhumane experiments of helpless beings like in “Island of Dr. Monroe”) has been phased out and is rarely seen. The new doctor seems nice and has asked for the chance to prove that not everyone in their profession is maniacal, unethical, egocentric, pill pushing monsters. But I have trust issues. (They no doubt have a pill for that!) I’ll avoid the wacky head-shrinkers and deal with the siren’s call by myself, thank you!

I am not medically or non-medically crazy. After the events of 2012, five different assigned attorneys and about 9 trial postponements, I deserve to freak out and look for the exit, stage body bag. I’ve lost my daughter, my home, my profession, my reputation, my name, my non-biological family, some of my biological family (due to loss of my daughter) and friends (although many have said they’ll be there after I clear myself; it’s just too complicated now. And I agree with them). So I hope you can understand that these reasons, plus being in jail for years with no end in sight, can be a powerful motivator to listen to the siren’s call.

Since coming to jail I have witnessed a fair number of women try to answer the siren’s call. The better part of a year had me in a cell facing the safety rooms. The hall the paramedics used ran by my door. I was surprised to see who would come by safe from the siren’s call. It was not the hopeless cases or those headed for the one way trip to prison. The women were a truly diverse group. Just as often as not, the person was approaching release. In a few cases, the fears of release were the trigger. The women were just ready quit life, but many, I won’t say most, wanted to be stopped.

More than once I’ve considered the cry for help method, but the truth is I don’t want to be stopped, this is why I try to be discreet. Suicide, in any jail, is statistically most likely to fail. The place I’m held has a ridiculously high success rate of preventing death. Sometimes it’s by accident, sometimes direct intervention, and sometimes they are not even aware they stopped anything.

I have often wondered if those things are grateful. Since most of those saved later ask to go to a safety cell before they attempt anything, I assume they’re grateful. Twice a deputy unknowingly interrupted me. They still don’t know, but may have questioned the weary look I gave them. So far I have not got to the place to be grateful yet.

There is that universal debate of “should I or shouldn’t I?” that we go through. My family is supportive of me, but I am acutely aware of the pain they’re in because of me – the emotional and financial toll they’ve endured, plus the embarrassment. I often weigh their pain now against their pain of my permanent loss.

Over the years, there has been a natural and gradual drifting away from those on the outside. Life moves on and the void of an absence is filled in. As the limbo goes on and on, the absence is accepted as a loss, so if my loss became permanent after all this time, that impact will be less painful than if it was back two years ago. Maybe that is why I encourage the drift and keep such a self-imposed isolation. If I choose an early exit, I want to minimize the pain that choice will cause those I love.

My life is a heavy burden right now. Daily I am in agony that gives me heart palpitations and robs me of my breath. My life used to be in the service of others, taking care of the needs and wants of loved ones, and strangers gave me joy and purpose. I am accused of unconventional acts of horror. I was deceived into entrusting my daughter to a con artist. I lost my home, my possessions, I can no longer be of help to those I love, I cannot get my daughter to my family, I cannot protect friends from the privacy invasion that simply knowing me invites. And I can’t even stop the woman in the next cell from being bullied. My existence seems utterly pointless.

None of these facts will change before I get my day in court. That day always seems just out of reach; three years and yet another postponement, it may not be the last.

My desire to quit life has been called selfish but is it any less selfish to wish me to go on? No court decision has ever altered public opinion. Even if I win a full acquittal, my life cannot be restored. The damage is irreparable. Suicide is my only way out.

As I sit in this observation cell, I consider how others have been convinced to ignore the siren’s call. It can be done. Usually by getting the person to talk. For those who won’t, you find a way for them to communicate.

My writing for this site may have alerted staff to just how deep my grief has become. That may have been what led to my move to an observation cell. I can’t bring myself to talk to the wacky doctors, but I can bare my soul to an anonymous group of strangers.

So in a way, you may have saved my life which I’d plan to end this weekend. Time will tell if I’ll be grateful or not.