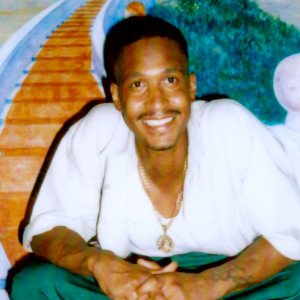 I was born in Harlem, New York City, thirty-nine years ago. I can say that I started out as a thrill-seeking, adventurous and curious child. The story of my childhood is  not your usual one, yet, like any other it’s filled with both triumph and tragedy. And like anyone else, there are so many, many things I would have done differently if given the opportunity. Nonetheless, there are the rarest of moments that I would not trade for all the material riches in the world.

My mother is a compassionate but rugged white woman. She is handicapped with both a speech and hearing impediment. Simply put, she cannot hear or talk. Bearing witness to her struggles, I was forced to grow up really quickly in a world where one’s ability to verbally convey what you want and need to say was an essential survival tool.

I found employment at a pretty young age. I guess you can say that I was born with some hustle (work ethic). My mother received SSD (Social Security for the Disabled), which didn’t amount to much and usually lasted us until the last week of the month. So either I packed groceries at the Supermarket for tips, a position which I had to often fight for —  yeah, like sticks and bricks fighting. On Sunday mornings, I delivered the Daily Newspaper for Ole Man Charlie, who owned a laundromat a couple blocks from where I lived. I remember with stunning clarity the ways I shouted “Newspaper… Sunday News,” and the ways my voice echoed in the emptiness of the hallways as I worked my way down from the top floor.  I would wait and listen intently in the stillness for the opening of a door, any door, indicating that someone was interested in buying a paper.

When it concerned school, I found  that I easily grasped the reading comprehension and mathematical equations that other kids struggled with. I recall being bored and drifting off into daydreams, which soon proved to be a dangerous pastime. It was a nice clear spring day, and Mr. Friedman, a short pudgy Caucasian man with brown hair and cinnamon freckles was my math teacher. Whenever I reflect back, it is this very moment where my life seems to have taken a drastic turn.

Remember my mother is white and handicapped, my grandmother is also white and came to America from Sicily in 1919. Almost 100 years ago. Now I grew up in a prison — excuse my project complex of approximately ten buildings on 112-115th Street between Fifth and Lenox Avenues. The point that I am making is this: in a neighborhood where you rarely saw white people, my mother and grandmother were routinely targets for thieves, robbers, drug addicts, and pretty much anyone looking for a VIC (victim). So, since I was about seven years old, I started carrying knives. By the time I was ten, I fought with a knife like a Green Beret.

Anyhow, Mr. Friedman was obviously a man that believed in corporal punishment, or he is simply believed that he could get away with his behavior because we were ghetto minorities who were in need of his discipline. One of his favorite rituals was to have a student pour salt into his/her palm and with a stack of wooden rulers, he would have you hold your hand out and with unbelievable force, he would smash the rulers into one’s palm, which stung for a while because the salt would dig into the skin of the palm.

One day, when I was feeling rebellious (which was often) I decided to defy Mr. Friedman’s direct order and deny him his sick, ritualized fetish. It was at the very last nanosecond of impact that I pulled my hand away. He had put so much force into his downward stroke, when he missed, he almost fell. Everyone in this class gasped in perfect harmony, and I can still vividly see his face turn from Ivory white to Beet red. One cannot begin to imagine his infuriation. His emotional overload was at its peak, and in disregarding any degree of civility or professionalism, he attempted to grab the collar of my shirt.

On instinct, I dropped the small knife from my makeshift sleeve holster to my hand. Somehow, whether it was the glint of the silver or just his instincts, he saw the knife. He pushed  me away so hard that I had to spin into a run to keep from falling. Ironically, my spin led me toward the direction of the door which I ran straight out of into the school hallway.

For the first few seconds of my sprint I felt empowered and exhilarated. I could hear my heavy breathing in the quiet solitude of the corridor. All at once my reality struck, and I was terrified when I heard Mr. Friedman scream my name out: “Sheldon, where are you?” Honestly, I was not afraid of Mr. Friedman; I was more afraid of what I would do to Mr. Friedman. Although I was only eleven, I was a young black man in America, fully aware of the consequences I would face if I stabbed him. I immediately realized that I could not use the knife. Deep down inside of me, I hoped Mr. Friedman would end his pursuit, but he didn’t. That one minute seemed an eternity, as I fought with my options. I was now cornered, and I saw the safest option available to me: the fire extinguisher. I grabbed it off its hook on the wall, pulled the pin and when he hit that corner,  I sprayed him and kept spraying him until he was soaked, slipping and sliding.

Of course I was arrested. At the ripe, young age of eleven, and in the fifth grade of elementary school, I was arrested and transferred to Mount Sinai psych ward for assaulting my math teacher, Mr. Friedman.  A counselor named Ms. Brown convinced the cops that I should be taken to a hospital instead of a jail cell.  Over the next twelve months, I was inoculated with an untold amount of medications, under the pretext I was uncontrollable. From Mount Sinai, I was transferred to Metropolitan, who in turn transferred me to a group home in Westchester called “Pleasantville” (what a moniker), and later, to another series of group homes. I was close to fourteen when I was finally able to escape, permanently. Instead of cultivating my youth and preparing for high school, I was ducking the authorities.

Of course, it didn’t take long for me to get into trouble. I couldn’t legally enroll in school without tipping the cops to my whereabouts. So I wandered, from my mother’s, to my grandmother’s, to the multitude of Aunts’ houses. Besides my Uncle, I was the only male on my mother’s side of the family.

So, I naturally gravitated towards the streets’ calling. I became engrossed into its culture, all the rules and regulations (no matter how twisted and stupid). At this time, the only two people who seemed to care about the direction I was headed was my aunt Yvette and my Grandmother. But I was beyond reach; I was selling drugs, smoking cigarettes and marijuana, drinking alcohol, having sex, robbing people. I was all in! I went home maybe twice a week to check in, but I called my grandmother daily.

In 1989, I was arrested for selling crack-cocaine to an undercover cop, and in 1990 I plead guilty. I was sentenced to a juvenile joint called DFY (Division for Youth). In DFY, I found that I had a talent for drawing, and architecture in particular. According to my art teacher, Jacqueline Domain-Fox, I had serious talent. Her husband was on the Board of Directors at a college in Rochester and they pretty much guaranteed me a scholarship. In hindsight, I recognize how much this woman, that I barely knew, believed in my potential. She saw in me then only what I have begun to see now. I am truly ashamed that I disappointed her. I remember her coming all the way to my neighborhood after I was released from DFY, practically begging me to leave with her. Only god knows she attempted to make me see what I needed to see. But I was suffering from stupidity, self-sabotage, and myopia.

I was snowballing downhill… fast. In retrospect, I can say with a degree of certainty that these institutions (hospitals and group homes) infected me with criminality. I’ve had in-depth conversations with peers, who felt that the previous (lesser) institutions prepared them for a life of crime. I personally find that the word “prepare” is misplaced; one usually prepares for an exam, or for a game by running drills and practicing. How does one prepare for a life of crime and the ever prevalent violence attached to it? Does this preparation happen in America?

Nevertheless, these institutions that initially warehouse our youth are exactly that: a breeding ground, a melting pot, a group of mostly black children coming from dysfunctional households where addiction, mental illness, single parents, and abuse (just to name a few) are an everyday reality. These institutions that were built to cast society’s under-privileged, mis-educated, lower-class youth for the purpose (one would believe) of instilling some form of normalcy, structure, and discipline, has had quite the opposite effect. These state and federally funded establishments have alternatively become the equivalent of housing a bunch of aspiring rapists or better yet, terrorists, all together to fine tune and hone their craft. Can you imagine that?