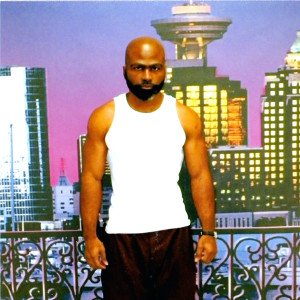 The hole, the new term for solitary confinement. It’s the place they take you when you break one of their “rules,” or at least they say you did. It’s supposed to be a deterrent from future acts of whatever they deem misconduct to be. The hole is a crazy place. Fuck the hole!

Listen, I’ve been incarcerated going on 17 years now. Eight of those years in the hole. Somehow, everywhere, I just wind up in the hole. I’m serious. It’s like I’m handcuffed, being escorted to the hole, and then I ask myself that same old question again…”How the fuck did this happen?”

I’ll tell you about being in the hole in a minute. But first, getting to the hole. That’s the problem. You really don’t have to do anything. CO had a bad day, you get caught in the way, you go to the hole. I’ve seen them send a dude to the hole for “brushing his hair in a threatening manner.” What the fuck does that mean? What, he looked angry as he put the brush to his head? Shit is amazing.

They took me to the hole for sexual harassment one time because I said that this female lieutenant had “a phat ass.” I get that’s not supposed to be said, but I’m in jail, her pants are super butt huggers, and her butt is round. I got a little excited. What man doesn’t do that when a chick walks past with nice buns? Under their breath to one of their friends? That’s what I did. This is the catch… She didn’t hear me! I whispered to a comrade, “Yo, she’s got a phat ass.” I did it so she couldn’t hear me. She didn’t and I still went to the hole for sexual harassment. A CO in the area heard me say it and wrote me up for sexually harassing her, but this CO acknowledged that the female lieutenant did not hear the comment. Well, how did I sexually harass her? Exactly my point. But the point is I still went to the hole, again, and she had a nice set.

Here’s how it works. A prisoner gets a misconduct report, for whatever, from a staff member. The ranking officer on duty determines if it’s a serious misconduct. Then they come get you from wherever you are like a warrant unit. They think it’s like they are arresting you or something. They bring a camera, they bring about five staff, for escort, one lieutenant, a cameraperson and a side guy, “just in case.”

So they cuff you and take you from general population to the cellblock where the hole is, called the RHU (Restricted Housing Unit), and then they throw you in a strip room. Make you take off all your clothes, lift your balls, spread your cheeks while bent over. (Yeah, I said the same thing.)

And you have to be careful at this point because they might try to act like you have something hidden in your mouth that they just noticed and make you run your fingers through your gums. After I just lifted my nuts, and spread my ass cheeks, you want me to run my “fingers across” my gum line? No, the hell I won’t. I make sure they do the right strip order. So, after they complete the strip, they ask you a bunch of dumb-ass questions, like you are in the mood for that. The one that always gets me is “have you sexually assaulted anyone or been sexually assaulted by anyone within the past 72 hours?” Then they ask you if you have had any “recent” legal status changes. That’s a hell of a switch on the question road. Basically, it’s as weird as asking, “Hey, are you doing any fucking or winning any appeals?”

“No, sir, I’m actually not, thanks for asking.”

So they take you from the strip room in a jumpsuit and skimpy hospital shoes and escort you to your RHU cell. Now this is the point where it gets started. All the noise, all the awful smells, the atmosphere is horrible. Now we’re “in the hole.”

I personally normally refuse cellmates in the hole. I’m not too fond of being locked in a cell with another dude for 7 days a week, 24 hours a day, minus about 5 hours. Not happening. So if they take me to someone’s cell I just say I’m not going in there, put me by myself. Plus, besides the obvious, you never know what type of weirdo you’ll get put in with in the hole. Listen here, this shit will range from Pee Wee Herman to Tony Starks, from a Him Kardashian to a Phony Soprano. Sky is the limit.

One time they took me to a cell in the hole and the dude in there was bent over at the waist holding his ass cheeks apart, screaming “Come on in, please come in.” I looked at the escort team and they just looked at the Lieutenant.

I said, “Well I guess he’s going to have to play with you, Lieutenant, because I’m not going on the court.” They put me by myself. I did not get a write-up for that one. Playing? Who plays like that?

Now, you’re locked in the cell. You hear the echo. Everybody who has been in a cell with no bars on the doors, and nothing in it, knows the echo. Nothing to read, nothing to do. Talk to yourself and think. If you find anything to do besides that, when you’re initially placed in a hole cell, you probably need to stay there. You are officially crazy.

Now you have the “gang wars” going on in the hole. Don’t mix gang wars with real street gangs at odds with each other, not the case. This is just slang for an issue a dude may have with another inmate or staff member, multiple inmates vs. multiple inmates, one inmate vs. most of the block. All it means is “negative actions or sayings, and the parties involved.” But it’s all sorts of gang warring. 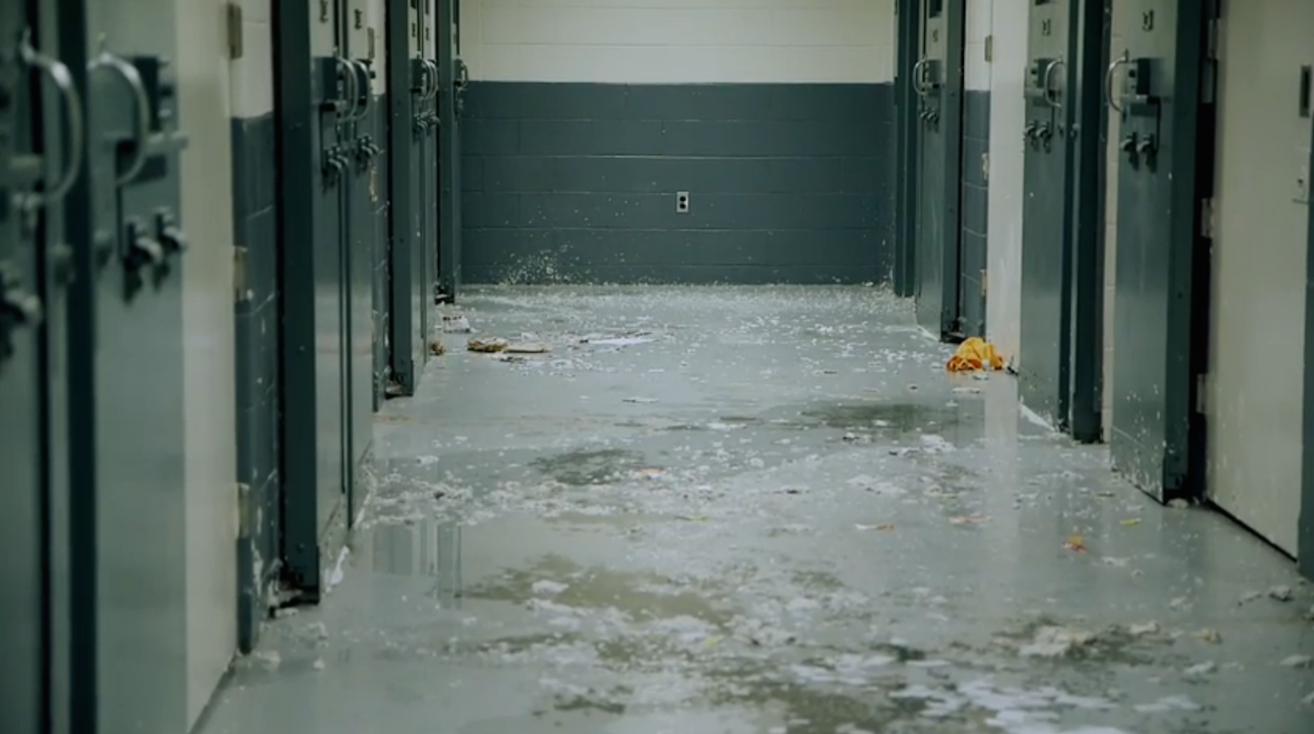 You may have a guy banging for hours trying to disturb the sleep of someone. You may have a guy throwing shit like a monkey, you may even have a shit fight where dudes are just slinging it at each other. They term it “shit you down.” If you have a beef, shit slinger will say, “Don’t come out of your cell or I’m going to shit you down!” They normally go #1 and/or #2 in a bottle or cup, and toss it like a chick would do when she throws a drink on a guy. Hey! No way to win the battle. They are in another cage, cell, shower, etc. So there is no physical fighting. It’s all screaming, banging, and poo-fighting.

Now, while all this is going on, you always have your opportunistic racist. I have never been called a “nigger” in my life except in the hole. Crazy thing is, as many times as I have been called it in the hole makes up for not being called it anywhere else. No joke, kid you not, there was a “white supremacist” in the hole with me once. He’s on the gate doing his daily slur rant, and someone finally asked him, “Why are you in the hole?” He’s in conversation about how he hates blacks and then stops to answer the question.

He answers, “Because I had a black celly [cellmate].” So now everybody just assumes it was a fight or some type of problem, until he finishes his sentence with “and I got caught sucking his dick.” The whole hole erupted. I mean this guy had the real racists mad at him now.

You know me, I asked him, “So, did you call him a nigger before or after the money shot?” Only in the hole. Seriously. You may meet a guy who’ll tell you the U.S. Government owes them $100 billion. What?

You might as well not think about getting your mail, your food, your showers, your everything, if you’re “gang warring” with the corrections officers (COs) while you’re in the hole. Most dudes that have issues with COs have legitimate beefs, but you can almost never win. They do just about everything the inmates do, if not more, when they’re gang warring. Everything from throwing your linens in the toilet and urinating on them, to intentionally giving your incoming mail to another inmate, to not allowing you to have a mattress or blanket. They play really dirty.

Don’t miss: “Does My Boyfriend in Prison Really Love Me?” by Shavez Holden

It’s not a good place to be and, if you let it, it will make you lose your mind.

I tried to express my personal experiences in a pure fashion, uncut, and in a humorous way. But it’s really a serious situation. They need to find a different method of discipline. The hole doesn’t work.

If you have a loved one in prison, they need your support. If they so happen to be in “the hole,” they need you more than ever, especially if they have a lengthy amount of RHU time to do and a lengthy prison term to serve as well. That environment is inhumane, and it hardens hearts and desensitizes people in so many ways it’s hard to enumerate them all.

The systematic effect on every individual who has lengthy periods of time under those conditions is always apparent and in most cases it’s saddening. When you know someone, and remember them from before, and years later you see firsthand what that type of confinement has done to them, it’s kind of sickening. It’s like they’re not even the same person. Sort of like PTSD or something.

The hole can be considered a psychiatric ward for convicted criminals. There is really nothing else that you can legitimately compare it to. To fully understand it, you’d have to experience it.

Regardless if the inmate belongs in prison, deserves the time, etc., the time that is served should be for the betterment of each person. Rather than being a deterrent to future misconduct, the hole is more of a deterrent to rehabilitation and reform. It, more often than not, makes an individual worse.

Now, I’ll probably wind up in it soon, just my luck.