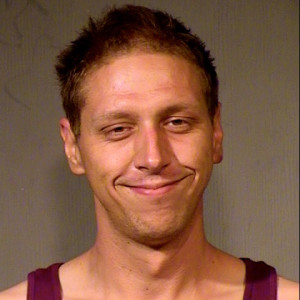 Inmates, just like people in free-society, are divided into social classes. After years of incarceration in Arizona, I’ve noticed four distinct social classes of prisoners:

Two things work in unison to determine which social class a prisoner belongs to: his access to money from the outside and his desire to have more than what he has.

The Indigent-but-Content prisoner has no money and is among the poorest class of people in the prison system. They live off what the prison (the state) provides them and they don’t ask others for any kind of help. They either have no one to send them money or, if they do have friends or family willing to help them, they choose not to burden them. These inmates usually don’t have any vices (such as coffee or tobacco) or, if they do, they’re more than willing to go without these luxuries than to trouble anyone about fulfilling them.

The Beggar is in a similar situation but is driven by wanting more than he currently has. The Beggar may have coffee, tobacco, or other addictions he’d like satisfied, but has no initiative to support them. People in this class are often looked down upon rather quickly. Beggars are the bums of the prison system – they always have their hand out, offering nothing in return. A person in this social class may rapidly discover that they have to either revert to Indignant-but-Content status or raise their aspirations to the Hustler class level.

If there a middle class in the prison system, it would most likely be the Hustler Class. People in this class know what skills they have, know what they want and, by golly, know how they’re going to get it.

There are a myriad of “hustles” – and even some state-paying jobs – that one may employ to bring in some sort of profit. A hustle can range from housekeeping activities like cleaning other people’s living areas or doing their laundry. They also can include creative things – such as arts and crafts, writing and personalized poetry, sewing and weaving purses. Hustles can swing from a positive side – such as culinary crafts, selling prison-made brownies, suckers, potpies, burritos and various other food products – to the borderline illegal and completely illegal, such as using one’s body to mule-in

[smuggle in] contraband, taking classes and exams for other inmates, dealing drugs, gambling, and operating a prison store. People in the Hustler class may get occasional money from state pay or sent to them, but by no means is it enough to satisfy their determined needs. It’s often people in the Hustler class getting caught up in trouble and even acquiring new charges that may prolong their stay in the prison system.

The Supported class is considered the wealthiest within the prison system. These people, by their own success in life or through the help and support of family or friends, always have enough to allow them to live as comfortable as possible, considering their predicament. The Supported includes a broad range – from the person being sent $20 a week to the “baller” who is maxing out their store order every week at $120. These people have found a way to live within their means and don’t need to participate in illicit activities to support themselves — although it doesn’t always mean they don’t.

Just like the poor, the middle-class, and the wealthy in free society, it’s all up to the individual to adjust what they’re doing if they want to change their status.

After all, as the saying goes, “You’ve got to get in where you fit in.”

Paul Gardner has served his time and is now a free man, working and living in Arizona.

He can be reached at: