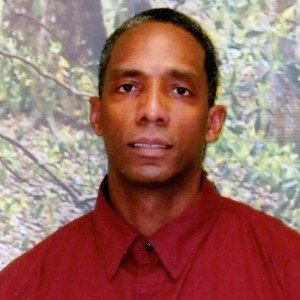 In 1984, I was incarcerated for a homicide robbery and sentenced to life in prison without the possibility of parole. I was 17 years old.

Exactly what made me go out and commit a crime is not the focus here. [See Troy’s story about his crime here.] I came from a loving family. My mother and father discouraged mediocrity. So it wasn’t my mother’s or father’s inability to raise me responsibly; it was not my neighbors who paid their taxes and it wasn’t the owners of the mom and pop store across the street who always gave me pieces of candy. It was not the elderly couple whose grass I frequently cut.  And it certainly was not the governor’s office or Department of Corrections.  No, it was not any of them.

When I was sent “upstate,” as we inmates call it, I quickly realized that all of the privileges and rights I had in society were either lost or greatly reduced.  Everything we do in prison was monitored and limited.  Those limitations and restrictions were the linchpin to my complaints about the system. I had to be in my cell by 8:30 pm. Showers were limited to one per day.  No longer did I have the choice to choose meals I wanted to eat.  Everything was somehow rationed – even the clothes on my back. My underwear were washed once a week and new ones issued every six months.  Recreation periods were twice, sometimes three times a day – one to two hours each.

I was self-absorbed with thoughts of what I couldn’t do; I was mad at the guards who I felt were personally there to make my life a living hell.  It was the district attorney’s fault for lying in court; my lawyers fault for selling me out. Oh yeah, and my judge was a racist.  And if my family would’ve borrowed more money for a better lawyer, I would have beaten the rap.

Such thoughts not only reflected my selfishness, they also represent the pervasive mentality among many inmates in the Pennsylvania Department of Corrections. Certainly there is some unfairness within the system, but no system is totally fair.  Life is not fair.  And I think this is why there will always be winners and losers.

I was dissatisfied with my situation. However, I had nothing but time to figure out how to better myself.  So here’s what I did:

ONE:  I began to read self-help books, religious books and history books.  Reading matured me, made me think outside myself.

TWO:  I questioned how I put myself in prison.  One day I finally said to myself – “you killed someone” – a young man’s life is gone.  And I wondered how my mother would feel if it had been me who had been killed.

THREE: I began thinking about my victim’s mother.  I didn’t know her, but I felt for her and her family.  How had the loss of her son affected her?  How had my actions affected my community?  It’s unpopular and difficult to raise my concerns about the victims with other inmates. (“What about them?”)

FIVE:  I stopped complaining. I am amazed at inmates who write articles complaining about the food, the cost of phone calls and the cable system, etc. I never read or hear these “crying mouths” talking about forgiveness. What about writing an article asking victims of crimes for forgiveness?

What about apologizing to the community for their taxes being raised because of criminal activity?  Or for the destabilization of their communities after businesses relocate to communities with lower crime rates?

What about saying sorry to the sons and daughters left abandoned by inmates?  What about the elderly men and women who work all their lives and retire, who can’t even take a walk in their neighborhood parks without the fear of becoming a victim of crime?  What about them?

I do not advocate closing prisons, as some do.  I think we need robust prisons focusing on “victim awareness” programs and mandatory training classes in construction, welding, auto mechanics, and refrigeration/heating to name a few – so that inmates have something to rely on when released, as well as a sense of pride.

And those inmates who take a proactive approach towards those programs will self-improve and reenter society prepared not to return, thus reducing the prison population.

Until then, we must ask, what about those affected by our crime?

Troy David has been released from prison! After saving up money for the first six months while he worked and lived in a halfway house, Troy now has his very own, very lovely apartment in Harrisburg, PA and is working hard at his job in retail sales! In his spare time, he is starting “BoyZ 2 MEN, INC” — an organization he dreamed about starting in prison that plans to  steer young kids away from gangs.