I Was Repeatedly Raped In Prison 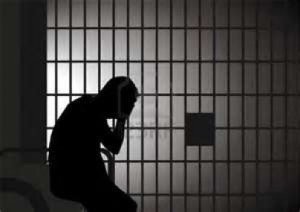 The story of my life in prison started in November of 2010.  I came to prison for the first time in my entire life.

When I first got to prison I was scared to death that I would never make it out prison alive.  The first two weeks that I was in prison went pretty good.  Then at the beginning of my third week I had two SUR13’s [members of the Surenos gang] force me to have sex with them.  I only have one leg so I knew that I wouldn’t be able to get away.  I said no to the two SUR13’s and they hit me with a paddle lock in a sock on my right temple which knocked me out and when I came to, I was laying naked in the porter’s closet with white stuff all over my face and butt.

I was going to report the gang rape on me, but when I was going to the officer in charge’s office, one of the SUR13’s that raped me told me that if I told anyone about the forced sex on me that they would kill me.

Then later on that evening I was on my way to my Christian Church call-out and the same two SUR13’s grabbed me and started to push my wheelchair toward the porter’s closet again.  I went to scream and the SUR13 that was pushing my wheelchair put a knife to my throat and told me not to scream or they would kill me right there.  I knew that I was going to have to do what they told me or I would be stabbed to death.  So I did what they told me to do.  When we got in the porter’s closet they told me to get naked again so that is what I did because I did not want to die.

After I got naked again, they told me to get on my hands and knees so I did what they told me to again.  After I did that the older SUR13 got behind me and rammed his dick in my butt, and when I went to scream the younger SUR13 put his dick in my mouth.  They forced me to have sex with them again for two weeks straight.  I still have flashbacks of them forcing me to have sex with them.

I finally got so fed up with them raping me by forced sex that I threw a punch with my fist into the first officer that I saw, breaking his nose, so I was placed into segregation for a pending disciplinary hearing.  As I was waiting on my disciplinary hearing to be done, I caught 16 more batteries on the officers.  I was finally placed on OSR which stands for “Other Security Risk.”

Two weeks after I was placed on OSR, I was transferred from Lansing Correctional Facility to El Dorado Correctional Facility and was placed into the Supermax Segration Custody.  I ended up doing two and a half years in Supermax lockdown.  After those two and a half years in Supermax lockdown, I was then transferred to my new facility which is the Larned Correctional Mental Health Facility which is where I am being imprisoned to this current time.  I have done three years at the LCMHF prison.

This is a true story about my life of being inside the walls of prison life.  I have done five years here in prison.  I will always have the flashbacks of myself being gang raped for two weeks straight.  Prison life is no way that anyone should live.

I am going to have nightmares and flashbacks of me being raped in prison by those two SUR13’s for the rest of my life.  I hope that this story will be an eye opener to whoever reads it.

Interested in reading more stories about rape and sex in prison? Check out these stories:

Transexual: I Was Raped By a Prison Guard By: Chase Burnett

Fighting the Ninja: Sex in Prisons By: Charles Norman