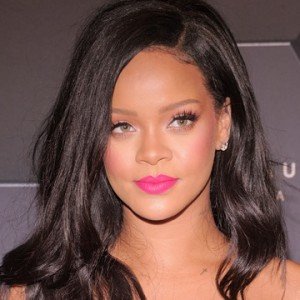 Prisoners spend a lot of time in their cells, but don’t have a lot of choices when it comes to choosing a cellmate. So in a nationwide poll of 200 prisoners, we asked who they’d most want as their ideal cellmate.

First off, I have to explain that “polling” prisoners is a no-no, it’s taboo, grounds for severe punishment, etc. etc. So this isn’t an easy thing to do, because who knows hundreds of prisoners, personally? (Me.)  So I reached out to dozens of my prisoner friends and asked them to poll 10 inmates each in their own prisons… being careful to get a mix of ages, ethnicities and crimes.

Second off, I have to tell you this poll was done right before Trump was elected, so it’s old, but I plan to do an update if there is interest … but in the meantime, the top ten winners are below:

2.Willie Nelson (HOLLYWOOD, a white guy from Texas, “he has the money to buy the system and we could smoke weed all day, every day! Plus he would have the best stories you could ask for. I mean, come on, it’s Willie Nelson man!” ) and (LEX, a 38-year old white guy: for “his wisdom.”)

3. Jennifer Aniston (EINSTEIN from Virginia, wrote “because she is so beautiful! She is also intelligent and for all the right reasons, she is female!”)

4. Bill Gates  (35-year old “E,” a black-Indian man serving time for 1st degree murder, chose Gates so he could “learn from the richest man on earth about the tech world, about business dos and don’ts and about the mistakes he’s made.”)

5. Drake, Grammy winning singer-songwriter and actor (RASHAD, Michigan, a 21-year old black man, because “he’s a musical genius and I could listen to him sing and rap.”)

6. Jay-Z (STUD-H, a 45-year old African American: because “he can keep me abreast of what’s happening and he’s like the soundtrack of my life.”)

8. Mario Lopez, Entertainment Tonight anchor. (44-year old BIG DAVE, Hispanic and incarcerated in California, “He seems competitive and I think he would always keep me on my toes to strive to be the best I can be as a human being.” AND (22-year old SLEEPY, also from California, “I want to be like him, still in my 40s and catching young ass. That fool, he even wrote a book.”)

10.  Johnny Depp (A 40-something white prisoner called BILL-BILL from Kentucky says Depp “is too cool to beat up and I can’t imagine him as Scarlett Johansson [his fantasy woman] so he’s safe from becoming my boy.” )

Here are some of the other choices of some prisoners. For the most part, prisoners chose cellmates that brought something to the table:

SOMEONE TO MAKE THEM LAUGH

C-MONEY, a 21-year old white prisoner in Michigan, voted for George W. Bush because “I think he’d have great stories and probably be hilarious.”

THE RICH AND POWERFUL

Donald Trump, because “I want to con him out of his money.” (TEMPER, a 31-year old Hispanic from Texas)

Arnold Schwarzenagger “so he can train me and tell me to get in the choppa.” (BRIAN, a white prisoner in Michigan)

Oprah because “she’s loaded with money, she’s intelligent, and I feel like I wouldn’t have to worry about her cheating on me.” (NUT, 36-year old white man in Kentucky),

50 cent Snoop Dog Will Smith to help them get into the rap game.

Albert Einstein. Because everything he’d talk about I’d learn something. (PACO, 36-year old Hispanic from Virginia.)

Henry David Thoreaux “and others like Plato and Socrates who helped me find sanity during 18 years in ad-seg after youth facilities turned me into a complete sociopath.” (BESOM, a 55-year old white guy from Texas.)

Stephen Hawkings (before he died) because “he can teach me everything about physics. As a bonus, we’ll get a bigger cell because of his wheelchair!” (DENIS, a 30 year old black/Latino in NY)

Deepak Chopra because “he’s very intellectual and I could have long conversations with him about life, fate and destiny. Trade answers on philosophical questions. What is man? Why are we here? (SHIBAQ, a 45-year old Indian man from California)

SLEEPY voted for Maury Povich, because “then maybe I’d find out if any of my kids are really mine.”

A 41-year old prisoner named EDWARD chose Bill Cosby, apparently unmoved by Cosby’s tarnished image as America’s Favorite TV Dad, because “I would want to know how to be a father.”

57-year old FAT BOY, a Hispanic man from California, chose Houdini. “He would be able to perform magic and break us BOTH out of prison!”

A prisoner in Nevada chose Justin Bieber so he “could knock him out and when he woke up tell him he was raped. But I wouldn’t actually rape him, just leave him to believe that he had been.

Leave YOUR ideas for our next poll in the comments!