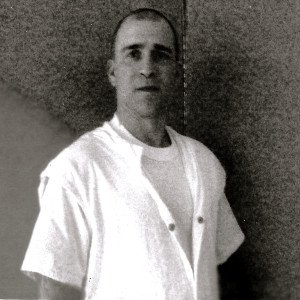 Over the past twenty-two years I have had both the privilege and the burden to play witness to some righteously weird shit: guys cutting off fingers or breaking bones in order to avoid doing field work; having otherwise healthy teeth pulled for the Vikes [Vicodin pills]; and more recently, dudes keistering entire cell phones rather than simply deep-sixing them. (I feel like if a brother will go so far as to jam a whole phone up his ass then he ought to be allowed to keep it. I mean, it’s only fair.)

Prison makes us all a little crazy. That’s just the nature of the beast. Too much time on anyone’s hands is never a good thing. Human beings are not meant to be idle. Some people will use their time in the joint constructively, to try and overcome this craziness by developing their artistic skills, by educating themselves, by feeding their spirit, or by working on their case. Other people just get weird. Or maybe it’s that they were already weird and a little time in a cell simply draws out the weirdness in the way a penny is said to draw a pimple to a head. Either way, the final result is the same. Weirdness.

DO NOT TRY THIS AT HOME…

The absolute funkiest of the funky, however, is arguably “in-house” penile implants, called pearls. The rational mind simply reels at the idea of this. Having this type of procedure — penile implants in prison — done by another convict makes about as much sense as the fool who allows his HIV positive boyfriend to hit him with “the juice” in order that they can become cellies. Okay, I might be hyperbolizing here just a little, but it ain’t by much.

In theory, anyway, this is not all that much different from what takes place when a chick goes under the knife in order to have a couple of silicone sacks stuffed into her tits. Yet without even the benefit of a local anesthetic, these cats are literally dropping trou and permitting some jumped-up asshole to cram a small piece of a domino—sanded into the shape of a playboy bunny, a dollar sign, or the ace of spades—under the loose skin of their cock, using a razor blade and a sharpened spoon for his medical instruments like some kind of Nengelian mechanic.

This all goes for about $40 bucks in the joint (no pun intended). Not a bad price considering it will run you upward of $600 in the free world. But your bargain is the proverbial roll of the dice. Your body may simply reject the implant. Or the damned thing could infect and rot off. Or you might get cut wrong and bleed to death before you can get off the floor. Those sound like poor odds to me. Yet there are any number of studs running around this place, whipping out their lumpy, misshapen dicks for one another’s approval, showing off their Frankencocks like some 23-three year old airhead who has just been treated to her first pair of Yuletide D-cups by an overindulgent husband.

“Chicks dig it,” has become the new mantra for this bunch of dreamers.