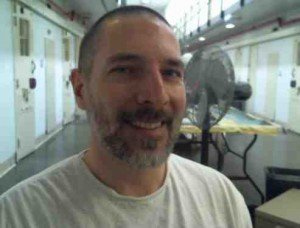 Today, when I should have been settling in to watch CBS’s Sunday Morning, the cell block I live in was informed we would all be moving to the gym to clear space for prisoners who test positive for the virus.  All morning we had watched as inmate volunteers moved beds from all over the prison into the gym.

This prison, Marion, is now a hot spot for the virus. There are a lot of staff out sick and the rest of the staff is burned out, working overtime to keep the place running.

We got a notice the National Guard was coming next Monday to help run this place. Whoever made that decision, good on you. The staff here needs that support. I just hope the people making decisions start thinking through their plans a little bit better. One toilet for 107 men. Really?

Then we were told by a Deputy Warden to pack up, our lock was moving. As you can imagine, that was a bit of a shock, and there was some rather vocal opposition. Change is hard, but these are unique times and everyone has to do what’s best for the whole population.

NOTE:  A state prison has become a hot spot of the COVID-19 outbreak in Ohio, with at least 1,828 confirmed cases among inmates — accounting for the majority of cases in Marion County, which leads Ohio in the reported infections. Ohio officials say an aggressive testing program is responsible for the large number.

The large cluster of cases was found through mass testing of everyone at the Marion Correctional Institution; 109 staff members were also positive. No COVID-19 deaths have been reported at the prison.

After some steam blew off, everyone had their stuff packed up, ready to go. What could we do, anyway? There were two items of contention and they took all day to resolve. Whoever planned this Sunday morning move sure didn’t think it through. To call it a hair-brained scheme would be an insult to hair-brained schemes. How on earth are 107 guys going to share one bathroom, one sink and one toilet? So, to solve our problem, prison staff says it’s bringing in a shower truck, as soon as tomorrow. That’s great, but how does that solve the one toilet and one sink problem? The lack of an answer leads me to believe the powers that be had no idea their gym has such spartan facilities.

Around 4 PM we were told we would not be moving “today.” Cue the added stress of uncertainty, which I hear is GREAT for the immune system.

April 13th. The next day we see 100 beds get moved into the gym from a semi-truck. That’s way more than they need for my block. Cue the rumors. Are there two blocks being moved into the gym? The following day a trailer of showers and two toilet trucks are moved behind the gym. We are preparing for the inevitable — living without phone or email access to family — and possibly without electricity.

We hear that testing of the whole population has started but is going too slow. Nurses from Ohio State University will be here on Thursday (April 16th) to test the whole place.

In the meantime, the first two dorms were tested earlier in the week, and it wasn’t good. There were an amazing number of positives.

Those who tested negative were moved to the gym Thursday. Then a few hours later, and you can’t make this stuff up, some guys had to be moved back out because they were in fact, positive and should not have been moved.

April 17th. Friday morning, even more guys were moved back out of the gym because they too were also mistakenly moved. Seriously. I don’t write fiction. But if I did, I don’t think I could spin that as believable. They had ONE block to move around. The good news is, the guys in the gym at least have more than one toilet.

As things sit right now, the whole prison is waiting for our test results. Of course my hope is that that first round of prisoners tested — which had loads of positives — is an aberration and the positive rate is no where near that high for the whole population.

From the very beginning of the response to this crisis, I’ve been impressed by the prison’s desire to keep everyone safe and occupied as much as possible. As restrictions have been put in place, reasonable changes and accommodations are being made so guys don’t go completely nuts without food, supplies, or anything to do.

They have figured out how to keep the laundry, commissary and food box delivery still operating. Heck, they even added a couple of TV channels. Kudos. Seriously well deserved kudos. It’s easy to throw shade when you are not the one making the decisions.

But if the first batch of testing for just a tiny percentage of the population went that poorly, god help us Monday when the whole prison’s results come back.