My First Two Months Out of Prison… 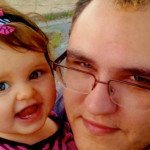 After almost two months of being free… I sometimes wish I was still locked up… there’s was a lot less things to worry about and I didn’t have to deal with so much shit. I have moved up in the world a little bit… I was homeless for a couple of weeks, living in a homeless shelter, being broke, mooching off of everyone in sight… it sucked … a lot.

Luckily my mother came to visit a few weeks after my release from Portland Oregon and she was nice enough to go ahead and buy me a car. That was probably the best thing to happen to me in a very long time… definitely up to that point in my freedom after incarceration. But just like everything else in life it’s created more drama… I have to buy gas, insurance, everyone wants a ride…. That’s another thing that gets me… people want to call me only when they need a ride or they wasn’t me to go ahead and drive them somewhere No one ever calls just to say hello or to see if I want to go do anything… and somehow if I don’t want to go be a fucking taxi cab, people begin to talk shit like I’m a bad guy or something. You know what? Fuck you!!! You aren’t giving me no money for gas so why the hell am I responsible for your fun times? I can’t afford that shit.

I did get to see my daughter though. It was both enjoyable and heartbreaking at the same time. I hate it that I can’t be the father that I need to be. I feel like a failure because all I could get my daughter for school was a few cheap ass supplies for the school year. That really makes me feel like shit. I don’t get to see her that often and her mom isn’t my biggest fan so I don’t really know how to deal with that situation.

Things are tough out of prison. In prison I didn’t have to worry about shit. Laundry, food, heat, bed… none of that shit. All that shit was provided for me. In the real world things aren’t even close to being free. Granted, there are places that are willing to help out a person in a situations such as mine, but it’s not enough. It never is.

I can say that I am happy in my life but I am definitely still depressed and I wish that I could tell the whole world to kiss my ass sometimes but I already know that s not really feasible. What would that accomplish? Nothing.

If I could find a decent job I think that I could move forward a little bit in life but I think that there may be something that I am missing as to why no one in the world will hire me? So what if I’m a felon? That doesn’t automatically make me a bad person does it? No, it just means that I’ve made some bad decisions in my life but that also doesn’t mean that I can’t ever make good ones! Or that I can’t be a good person.

Hopefully things will change for the better in the near future, and once they do I will definitely keep all of you up to date with the latest of the world of Matthew Muniz… to be continued….