My Life of Crime Started at Age Four 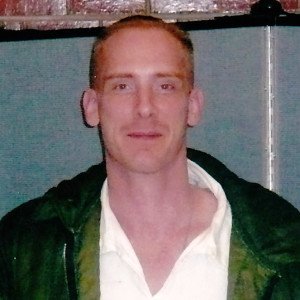 I started stealing when I was 4, from yards and shoplifting. I don’t know where I learned it, but I knew it was wrong.  I stole mostly toys and mail. I was a kid.

When we moved to Oklahoma, drugs and alcohol became a part of my life at age 11.  I got into breaking into uninhabited homes and businesses along with arson and vandalism. I was between 13 and 16 when I got my first weapons charge for discharging a firearm in city limits (Walters, OK). I beat the charge, but soon after, I was put on probation for petty larceny and possession of stolen property. I’d stolen a bike and some license plates the police found when they searched my room.

After moving back to Texas (Wichita Falls), I went back to Oklahoma to see a girlfriend and was picked up for public intoxication, taken to the Cotton County Jail (Walters) and then a friend’s home in Duncan. I wasn’t yet off probation, but they let me make it and I was allowed to go back to Texas. I was 16.

By 17, I had been in and out of jail for unlawful carrying of a weapon and then evading arrest. Someone told on me. Every time I was arrested, an officer wearing a black mask would come up to me in jail and shake my hand. I still wonder who the hell it was: an undercover who had been trailing my never-ending string of felonies, a cop who was impressed I never got caught when they chased me, a cop glad I was off the street, or all of the above.

My first felony, also at 17, was burglary of a building for stealing guns from a pawn shop. I received 2 years deferred adjudication probation. One of my biggest problems was that I was able to hide my problems from everyone, including myself, until it was too late. I justified everything as a revolution, or something of that ilk. My parents told me to watch out for the “bad influence” of others, but I was always the bad influence.

I was two weeks from getting off probation for the burglary and really happy to be truly free. But I had a problem: I was still involved with drugs and under the impression that it was okay for me to hang around with criminals as long as I didn’t do anything. When I was 19, a coworker, a friend and I went out to have some fun. After going to a few clubs, my coworker and friend began arguing over some money and things got out of hand. The coworker pulled a gun on us and I pulled a knife and stabbed him. My friend talked me into leaving instead of going to the police.

A lot of things transpired over the next five years or so and after a number of court hearings, I discovered that my then-friend had gone back to the scene. When I took him home that night, he left, but everyone’s story except mine changed. People even made police statements about what they heard me say when they weren’t even around me. I was villainized in the media, in and out of jail on hearings, etc. And then the probation violation came about. It resulted in the judge finding me guilty of assault with a deadly weapon and the burglary of the original probation.

In a way, I can’t blame them—I was a walking felony but I didn’t set out to murder anyone. And there had been tampering with the scene which I had no idea had even occurred. All of the stories changed, from the time when the police responded to the call of the people who found the body, to my then-friend’s story about what happened. In the probation trial, they said nothing about a gun found, but in the murder trial, the people who found the body had left the area because someone was shooting at them. The man was on the ground in the open when we left, but when the people found him he was in some brush or something; by the time police found him, responding hours after receiving the call, he was back out in the open. Testimonies were scattered.

It’s a complicated situation—every decision I made, even after I thought the guy may have had a gun, led up to the incident. I didn’t just murder the guy, though—I got scared because I thought he had a gun. The one time my parents’ advice was right (and a situation I hadn’t instigated) was the time that took my life away. My friend ended up turning on me after the D.A. scared the hell out of him. And even my first wife said that I claimed I was going to hurt her and/or my son, or kidnap him and take him to Mexico (yeah right).

Years later, I met the man’s mother through the Victim/Offender Mediation program. It went very well, but it was the hardest thing I’ve ever done in my life. I am not a criminal anymore and I never will be again. I have nothing to blame my actions on and I don’t believe that abuse or trauma or drugs or alcohol make people do bad things—it’s the choices they make themselves.

Tracy Lee Kendall is serving 60 years in prison for murder.

Thanks to One Prisoner Dying of Aids, Other Terminally Ill Prisoners Now Have Hope