Red and blue lights instantly appear in my rearview mirror and I’m like, “Oh shit!” I’m no stranger to getting pulled over, it’s a fact of life when you hangout and break the law in some area that you live. The city of Denver, Colorado is big, but my world isn’t so large.

My brother Jimi and I know all the cops in our area. Worse, they know us. Seven in ten times that we get pulled over, one or both of us is going to jail. The reason this moment is different than normal: I have a warrant (that’s normal), I’m driving without any ID on me (that’s normal), and I have 10,000 ecstasy pills in the trunk of my car (that’s new!).

Before I got into ecstasy, I was an opportune criminal––I took every opportunity that came my way to break the law. Mostly small stuff, but now I’m moving up. Only 1,000 of the pills are mine. I’m just this trip’s “designated-driver”. As it stands, I have a mess on my hands.

I think to myself, I can run for it. Very bad idea. I can give them my name and they’ll search my car. A federally bad idea. Or, I can pull over and use my brother’s name. Best idea yet. I pull into a parking lot.

To most people this sounds crazy until I explain that as kids we were often mistaken as twins, plus we do this all the time. I’ll use his name, get a ticket, and then I will move on. I’ve been pulled over so often that it doesn’t even get me nervous anymore, no matter what I’m doing wrong.

The officer walks up and we start the dance: “license, registration and proof of insurance.” I give what I’ve got and say, “Sorry officer, I left my wallet at home with my license in it.”

He says, “This will just take a second to verify.” He walks back to his car and I wait, when he returns I get a rude surprise. The cop informs me (Jimi) that I have a TCO warrant. If you don’t know that a TCO is, it’s a “take custody order.” Basically I am wanted as either a witness or a suspect in a crime but they can’t locate me, so they file a TCO and hopefully I get pulled over or stopped and then a detective can talk to me.

No arrest means no search of my car, so I relax and agree to ride in his backseat to the station. In his car, worst case scenario I can tell someone to come get my car before the cops come for it. About an hour later a detective shows up. She starts to ask me questions about a robbery I (Jimi) am suspect in. I’m pretty smart but she thinks she’s so much smarter than me. At first it’s funny but that grows old fast. She asks me stuff like, “What do you know about this robbery and the car?” I play stupid because I’m not Jimi. Then she elaborates saying, “I’m talking about the white Buick and the house in Broomfield.” 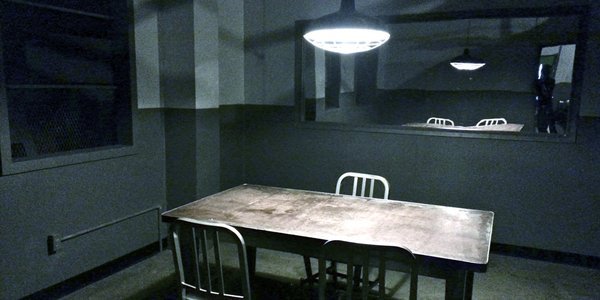 My turn, “No idea.” This goes on for a few hours. She steadily feeds me more info, then like most police, she runs out of road and goes back to the beginning and repeats, “So what do you know about the robber?”

I’m tired of this game so I blurt out, “The one in Bloomfield with the white Buick?”

I see the excitement flash across her face but she recovers quickly, and smoothly says, “So you do you know about it.”

I tell her, “No, you told me it was in Bloomfield and it was a white Buick.”

She loses it and says, “We have your prints and photo at the scene.”

I end this game by saying, “If you have all that then I guess I’m guilty then, can I go now?” Since I’m not under arrest, they have to let me go, but not before they give me the “don’t leave town” song and dance.

In my experience, “don’t leave town” is code for “the warrant is coming soon, so make it easy for us to catch you.” Naturally, the first thing I do after dropping the pills off is to go home and pack. I toss my driver’s license and social security card on the night table and pack my car. I tell my brother everything that happened, then I’m on my way to California.

I stop on my way out of town to pick up a fake ID card. About a month later, I get pulled over for speeding. A drastic change from the normal 4-5 times per week that I’m used to. When the cops run my tags, a robbery warrant pops up, so the cops ask to search the car. The car is clean, so I agree.

After a quick search, the officer comes out with my real license that he found in the back pocket of the drivers seat. So, off to jail I go. As soon as I’m booked, searched, and sent to my cell house in the Orange County Jail, I call home. In true form, Jimi avoids my question but tells me that about a week after I left, the detective showed up with a warrant for my (Jimi’s) arrest. When she realized he was Jimi, she asked if he had any relatives who looked like him. Jimi told her I looked like him but I was in California. She realized she talked to me and not him. To shorten a long set of events let’s just say: two months later I’m in jail in Denver, going to court for a crime I didn’t commit.

Don’t be fooled, I am guilty of a crime or two, but not the ones I’m charged with. I’m in the back of the courthouse, in a cell, waiting my turn to see the judge, when some “officer” shows up in some “off the record” capacity. He tells me he knows I didn’t do this crime but that I do sell drugs.

He explains my options. One: snitch, send my brother or one of my dealer friends to prison. I’d get out of jail but my life of crime would be over. Snitches don’t last long and anyone I try to do illegal deals with will find out I’m snitch. Two: fight the case, spend at least six months off the streets going to trial and all the evidence I use to clear my name would further prove Jimi’s guilt. Three: I could plead out to a “lesser charge,” keep my reputation and keep Jimi out of jail.

All three options are crap but I take option three. To protect Jimi, that’s okay. Yeah, I’d have a felony on my adult record, but I’m a criminal with a long juvie record so why should one more case matter?! It’s my first adult conviction, I should get probation or a halfway house. I post bond while I wait for my sentencing hearing.

A couple of weeks go by and I learn I’m not eligible for probation because I failed to complete it 6 times as a juvenile, so things are worse but manageable.

I start selling drugs again. Prison is looking closer by the second so I need to be ready. My fiancé tells me she’s pregnant. This stress and her drama take my focus off of prison. I take a lot of reckless chances, time is running out. I’ll have to grow-up. I’m going to be a dad.

I have an interview with the halfway house board when I’m setting this up. I’m also juggling Amanda and her drama, so I write down the wrong date and I miss it. My world gets crazier and Amanda’s drama ratchets up.

My lawyer says he may be able to get me a new hearing at my next court date. The day comes, I get to court, and my lawyer tells me that someone told the bondsman that I was selling drugs, leaving state, and I have a gun. Only two of those are true. I tried to go to Tucson, Arizona to see my grandparents but I miscalculated the drive time and I had to turn around in Phoenix or miss my court date.

The bondsman called the courts to revoke my bond, in case I failed to show. That way he and Amanda’s mom wouldn’t be liable to pay all that money for my bond. Just before court, my lawyer tells me the judge is pissed and he’s sending me to prison. The judge could give me between 2-6 years in prison. He gives me 4. My world is crushed, it instantly falls apart around me.

Try and imagine: I just turned twenty and I have four years in prison. At that age, 4 years is an eternity. I wasn’t prepared and I honestly never thought it would happen. I didn’t commit the crime but now I’ve got to do the time.

Don’t miss Brad’s story about his years in solitary: Solitary Confinement Will Make You A Little Crazy. Period.

As I’ve already demonstrated, I have a problem making good choices. All of those poor decisions earned me four years in prison, but those choices were nothing compared to the road I’m about to travel.

I’m truly a magician, so come back next time and I will tell you how I managed to turn a four year bowl of lemons into a 24-year pile of shit. One thing stands true about me though: when I set out on a task, I sure do it big!