How A Suburbanite Married A Prisoner 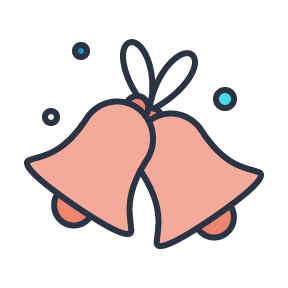 I don’t generally start conversations with the pronouncement that my husband is in prison; however,  many of those who know this invariably ask me, with a note of incredulity in their voice, “How did you meet him?” They are questioning how someone “like me” would even know anyone in prison, much less be married to one.

I grew up in the ‘60’s, solid middle class in the suburbs, going through all 12 years of school with the same group of my peers, making good grades, faithfully attending church, earning my own pay since I was 16 years old, planning to attend college and pursue the “American Dream” way of life; in short, a rather sheltered upbringing. All I knew about prison, if I ever gave it a thought, was that everyone there deserved to be there. Even if they didn’t do the crime they were sent there for, they were surely guilty of something else.

In 1999, I was a member of a prayer group, called the Prayer Warriors, at my church. At one of our Monday night meetings, one of the other prayer warriors brought a copy of a newspaper column written in November, 1998,  by the esteemed journalist, James J. Kilpatrick. The title was, A Rare Plea for a Florida Convict, and the convict was Charles Norman. Mr. Kilpatrick was presenting the case to Florida Governor Lawton Chiles in favor of granting clemency to Mr. Norman.

I read the article and was struck – how could a man do all these positive and productive things and live with such a great attitude for 20 years, at that time, in spite of  being wrongfully convicted of murder? What kind of Christian faith did this man have? I wanted such a faith, I needed such a faith at that time of my life when my faith was not very real to me.

The prayer warrior, Harry, who brought in the article had further news: this convict, Charles Norman, was at Columbia Correctional Institution in Lake City, an hour’s drive away. This was the very institution that Harry and his fellow Kairos workers would be going into to conduct the first Kairos Weekend for the prisoners there. Harry was excited about the prospect, as Mr. Norman was somewhat a legend in Kairos history. So our prayer group began praying specifically for Charles Norman. The Kairos weekend was held with great success. Harry and the rest of his Kairos group became fast friends with Charlie Norman.

At that time, the prisoners were allowed to correspond with the Kairos brothers. Charlie was sending his letters to Harry to the church address. As the church secretary, I was the one who received the mail. One day early in 2000, a letter came for Harry from Charlie, so I telephoned Harry to let him know. He told me to open it and read it to him over the phone, which I did. It was just a normal, friendly, catching-up on the news between friends type of letter — nothing remarkable.

But a very unusual thing happened to me after reading that letter — I couldn’t stop thinking about Charlie. I tried to carry on and perform my daily tasks, but could not do so for thoughts of him. Finally, later in the afternoon, I called Harry back, told him what I was experiencing,  and asked if he thought it would be okay for me to write Charlie. He said it would be great. So I wrote the first letter to Charlie, he answered it, and we found a lot of common ground. And I still needed to know how to grow a faith as strong as his. We began writing daily.

After a few months of corresponding, I wanted to meet Charlie Norman in person. Securing the permission to visit was my first experience with the monolithic Florida Department of Corrections. I followed the instructions to the letter, and waited for THEM to act. In those days, Charlie was not yet telephoning me, so when I got the mailed notice on a Saturday that I was approved to visit, there was no time to let him know that —  I just decided I’d “surprise” him with a visit on Sunday, the next day.

Charlie in person turned out to be more awesome than his written words (which is saying A LOT). After a few visits, during which I learned the complete account of his wrongful conviction, I asked him how I could help him get exonerated. He needed help to prepare for his first parole hearing that was several months away, and I was the help he needed. That was how our friendship began.

Many years, lots of difficult times, and 3 parole hearings later, I found that my friendship with Charlie Norman had grown and strengthened. I loved the man. I was astounded when he started talking about marriage. Quite a journey, and quite an education along the way for the sheltered suburbanite.