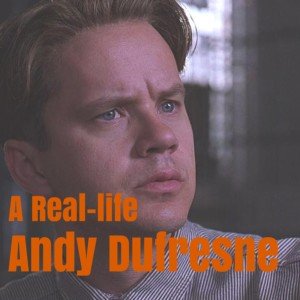 Back in the 70s and 80s at Western Penitentiary, one of the oldest prisons in the world, the Shawshank Redemption was real; the prisons literally looked the same. I am a real life Andy Dufresne, only I never even tried to escape. I have been in prison for 45 years. I am an innocent man but that is the subject of other writings. Yes, I did a lot of income tax work for guards at Western Penitentiary. Our “Red” was Eugene Gatewood, also as known as the “Band-aid Bandit.”

Armed with this education, I fought against ignorance for two decades, from 1977 to 1997, by teaching college-level courses to fellow prisoners. Between 1979 and 1982, I taught for the Pennsylvania Council on the Arts’ Poets-In-The-Schools program, earning the highest internal rating of “5.” For Community College of Allegheny County [CCAC], I worked as an Academic Advisor, helping to shape the curriculum of courses being offered and guiding students into best paths to attain their degrees. For Pitt, I served on the program council, suggesting courses, instructors who might be sought, and ways to expand the offerings. I assisted in helping students deal with conflicts that inevitably arose and helped to evolve amicable solutions to such disputes. I am happy to report that CCAC graduated more than 300 students from the prison college program at Western with Associate degrees; likewise Pitt graduated more than 200 students with Bachelor degrees, and in some rare cases, prisoners structured graduate work for themselves. We had some Masters degrees and at least one Ph.D.

My education helped allow me to lead in the creation of other programs in the prison: (1) the first children’s play area in a prison visiting room in America, a task only made possible with the help of Fred ‘Mister’ Rogers; (2) co-founded the Academy of Prison Arts, the longest duration prisoner-initiated writing and community performance program in America, funded for a decade by both the National Endowment for the Arts and the Pennsylvania Council on the Arts [I wrote all the grant applications]; (3) I believe I am the only prisoner who sat for and passed the difficult eight-hour Engineer-In-Training [EIT] examination and further passing muster to be elected as a full Member of the American Society of Mechanical Engineers [ASME] that required a showing of at least five-years of “responsible charge” of engineering work.

And where was this engineering work done? It was done with design and construction of significant improvements to the prison itself, including rebuilding the coal handling system for the Power Plant with my fellow prisoners, a $150,000.00 project we did for $25,000.00. The green coal elevator still sticks above the walls at Western. The laundry floor was reinforced, and a new make-up tank for the boilers was designed, made and installed over live boilers. This writer was literally forced to design a new main gate for the prison, which we built in Correctional Industries [Cl]. As a New Product Designer for Cl, $1.5 million worth of steel furniture was designed; four roll-over simulators were designed and manufactured for the Pennsylvania State Police; bear traps were designed for the Game Commission to harmlessly capture and relocate bears straying too close to people. After we manufactured more than fifty of them in Cl, once a bear was loose in Carnegie, Pennsylvania. The bear defied capture. The Warden said to me one day, “Minarik, those bear traps of yours don’t work.” I said, “Warden, the problem is the bait being used. Everyone knows donuts will only catch cops.”

With my own published writings, I have long set an example to my fellow prisoners, encouraging them to submit their writing for publication. The list of published works by my former students would be longer than this essay! One former student of mine, a Mr. Carl UpChurch, wrote a book entitled Convicted in the Womb. His book was made into a Showtime movie entitled “Convicted,” and it was broadcast over cable-TV, earning him $1 million. But more significantly, his book told the story of how he worked to reduce gang violence in America, and it mentions how he won a prize from the U.N. for his work, in that area. Sadly, Carl has since passed away. Another former student of mine, John Thompson, discovered his talents and operated a literary magazine for many years after his release; he has won a number of awards for his photography.

Scientific research has confirmed that education in prisons reduces recidivism; a study by Alfred Blumstein [of CMU] was made in the early 1970s about the CCAC college program at Western.

Even more than reducing incarceration and crime, education for those in prison creates ripples leading to distant shores. One ripple is this essay.