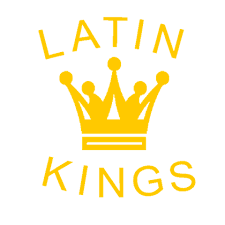 My induction into the Latin King Nation took place at Washington Correction Facility on August 16, 1993.

My crown was named “King Angelico” which is still active and is the 3rd Supreme Crown for the state under bloodline.

Throughout my journey within Kingizm, I was first crowned in Clinton and Attica then, after proving my loyalty to A.I.K.A through acts of Supreme Crown, I was part of a cleanup squad known today as Bad Boy Kings. I wrote two manifestos.

Today I’m what we call an ancient king and an ancient king is a king that’s been in the nation 10 plus years and knows the breakdown of the 36 points of the crown, the 1-36 lessons, his oath, the breakdown of both the lion and the pyramid, and he’s to have been granted this position by the five active Supreme Crowns at the time in which he asked for his ancient status.

The perks that come with my status is that my word is my crown. In other words, I’m not an active King but because I’m an ancient King, Latin Kings will, for one, always ride for me and with me if I choose to look for them and two, if I get to a jail and I don’t agree with how the castle is being run by the structure, I strip the body of its structure and either give the structure a trial (with the body serving as Judge & Jury) or I simply do what I feel is right.

However, I must be ready for a screening that the castle has the right to do, and if I don’t pass their screening, I then get ex’d out by either getting cut or stabbed. I’m then labeled an ex-king and I’m given a T.O.S. which stands for “Terminate On Sight” and means you will forever be a target for any and every active Latin King.

That code is enforced. If you’re active, and there’s a T.O.S. in your circle and you let him live, you become a T.O.S. too. And you become a priority, so your name goes to a Secretary for the State in your area, a Latin Queen, and she then sends my info to the Supreme Team which is in charge of security — and you will never live in a [general] population again. [Prisoners with hits on them are usually moved to Solitary.]

Almighty father King of Kings we the Latin kings are 360’ in knowledge and understanding and respect strong whole and unbreakable. On this very day and in front of my almighty Crown: promise to be a Latin king for life. I fully understand no one has forced me to join the Latin king nation therefore: Will be by my brothers side in good or bad situations and: shall follow through with any and every order given to me by my superiors. I fully understand that once a king always a king. Amor De Rey

Black/Onxy – knowing of both your past and prevent superiors.

Yellow/Gold – for the sun that shines down on us and gives light to our crown.

Red/Ruby – for the brothers that shed their blood for the cause of our nation.

This is given to someone, then he’s tested within 5 days. If he passes, then he’s given a mission and through his mission he earns his crown because he’s proven his loyalty to the nation.

A mission in jail is to cut or stab a target. If you’re caught and sent to the box, it is the 4th crown’s job to send you your crown’s papers so when you take it to your next prison, you can get taken off probation, crowned and made an official Latin King.

However, you have to give the nation 360 days of front-line devotion and dedication. You can only ask for a pass 5 times within the 365 days that completes the year and “only” then can you think about asking for position.

Latin Kings aren’t what they used to be. We were about that life for real. Today, they’re a bunch of junkies.