Kenneth Foster On Fashion In Prison

What would you think if I told you that amongst America’s prison blues, prison uniforms and prison commonality there existed a thriving and flourishing fashion in prison? A love for style that not even concrete walls, barbed wire and aggressive repression could smother?

Prison has changed drastically over the years, due to the wave of young inmates now flooding the system. And with that comes less educated and more rebellious, undisciplined spirits. These 19, 20 and 21-year-olds are spending their childhoods behind bars. No football rallies, no raves, no job hunting. But, they’re not letting prison walls keep them from experiencing that childhood.

Over the past 10 years, fashion has taken over the imagination of the American public. America’s Next Top Model, the Kardashians, magazines showcasing Alexander Wang, Marc Jacobs. These trends are now making it to the “hood.“ Fashion is not just the clothes you wear, but HOW you wear them, and also the accessories that go with them — meaning jewelry, iPods, iPhones, eyewear and anything that creates an identity for the consumer.

The TDCJ [Texas Department of Criminal Justice] seeks to suppress all of the above and imposes penalties for those that seek to venture outside of the protocol lines (shirts tucked in, hair cuts low, no facial hair visible – basically no signs of the former person you used to be). But these youngsters have refused to abide by those rules. Penalty and all. Though not always able to flaunt their style in the open, these youngsters, like secret societies, pull back into their small corners of the world and put on their own covert Mardi Gras. However, upon close inspection, you will find the signs of American fashion in flux.

While at times it can come off as shrewd, rude or overly flamboyant, you truly can’t help but to smile at these mens’ desire to live, smile and simply retain the last little pieces of what it means to be human. Because what it means to be FULLY human is to have color, flare and edge. Freedom of expression. What the inmate lacks in access to colors and sounds and smells, he makes up for with sharp creativity over the plain white, dull crew cut and wrinkled uniforms. Anyone who has walked within these walls (as visitor, resident or employee) will know exactly what I’m talking about.

For those who don’t know, pull up a seat for your first Penitentiary Fashion Show.

Long gone are the days when you only see dingy white uniforms trekking their way up and down the hallways. These days you will find crispy, creased, starched uniforms so well pressed that you could stand them up in a corner. Just like hustlers on the corners selling bootleg movies and knock-off clothes, you find the convict slanging the bags of starch, bleach and anything else you can think of for the demanding customer.

These inmates don their cardboard-hard uniforms with an attitude so funky you’d think they were stepping out of a limousine at the prom. The sad truth is, many have never been to a prom nor will they ever go to one. For most, weekend visits are the prom. A time to show out and show up and bask in the hugs and kisses of loved ones. In the place of fresh Puma tennis, guys meticulously clean their prison-bought tennis shoes with tooth brushes and rub them down with soap soaked rags to make them look so tight white you´d think they were walking on ice cubes! 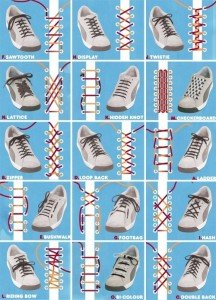 Defying the prison administration at every interval, you find shoelaces zig-zagged, crisscrossing and hanging out wildly. Without Timberlands, guys shine up their black boots so tough that the sun reflects off of them. Some buy liquid wax to coat the boots with shiny gloss. The laces are blow out —  dangling, maybe tied in braided loops, others with trinkets carved from pen tops or plastics to make it look like free-world medallions.

Pant legs are rocked with one cuff tucked under the tongue of the boot or tennis shoe to make the fashion more visible. It’s not fashion if it’s not flashing! And if you look just close enough on the Riddell or New Balance shoes, you might find Jordan, Nike or Fila logos neatly painted on them. Life refusing to die!

You might find the Mexicano crew rocking knee-high socks, black canvas shoes and a neatly ironed handkerchief in the back pocket. You’ll find guys swagged out with 2 pairs of boxers AND a pair of gym shorts over them. Tank tops are stitched (as clean as a sewing machine could stitch) to match body forms to perfection. Tattoos and muscles on display. 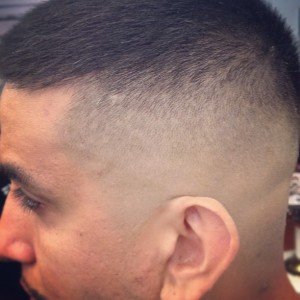 Hair styles refuse to conform to the traditional buzz cut. Don’t be surprised to see razor fades – low fades, high-n-tight and south sides. Taper fades, one blend fades or beehive waves. It’s blasphemy to not have a precision edge-up. Crooked edge-ups can quickly lead to a scuffle. Not having store-bought hair products or accessories is met with homemade do-rags made from socks or trimmed and sewn sheets to designer satisfaction that keeps waves and curls intact. Special concoctions of grease and vaseline to mimic the old thick “Dax and Murray’s” grease is whipped up in jars and pulled out for special occasions. Don’t gawk, just smile like we do.

For those that take the bucking system to the next level, keep your eye on the gold rings that adorn fingers — or the Fossil, Quartz and Kenneth Cole watches that cover wrists. Let’s not forget the Prada, Versace, Ray Ban frames that grace faces. It’s all within these walls.

We live in a culture that puts fashion on a pedestal. It’s practically a god – with songs named after “Tom Ford,“ “Versace“ and every other brand name mentioned in songs. These young guys aren’t ready to forget what it feels like to have these things. These youngsters are coming into a harsh environment straight from eating fast food everyday and living even faster lives. Polo clothes, sports paraphernalia, high-tech mobile devices – there is an addiction to these items. And prison is not killing that fixation. If anything, the denial of them enhances it.

The changing population is even reflected in the change of contraband that flows within the prison walls. In a place where snuff, tobacco and the joint used to be the products of demand, you now find Ecstacy (up to $25 for a tripple stack), Vicatin (5-$10 a pill), hydro marijuana ($50 a gram), K2 weed ($50 for 2 grams) and even hydroxy cut for those caught up in the Get Ripped society.

The cell phones are a no-brainer – going anywhere from 800-$1000. Unimaginable risks are being taken to get hands on them. From watch phones to flip phones to iPhones – it’s all wanted. To explain how that smuggling process goes (which we call “drops“) would take another writing entirely. Let’s just say that 007 would be impressed. But, this is the beast that American Fashion has bred. As Lil’ Wayne’s TRUKFIT clothing line expresses – The Reason U Kill For IT!

I wonder how the Sean John, Roca Wear, Ralph Lauren and COOGI makers would react to knowing just how deeply rooted their stuff has become embedded into the hearts of today’s youth. On the prison pods, you’re not finding inmates with identical wear. Everyone seeks to stand out from the next. How many ways can one change-up a pair of white socks, shirt and shorts from the next person? As many ways as you can mix up the wardrobe in your closet. Everything we wear reflects who we are.

And don’t be mistaken — it’s not just for the attention of other inmates. Relations amongst inmates and female officers are very much alive. No wonder inmates smuggle in cologne to drop in their lotion bottles to dab on when certain female officers are working the block or they go on visitation. Everybody is trying to GET IT. “It“ being a taste of humanity!

In a place that seeks to crush the human nature, there is no bigger fight than the fight to retain it. Double socks, slides and a bleached towel draped over the shoulder like a day on the neighborhood corner is a sight you’ll find on the pods with guys posted up on the dayroom walls like it was a Sunday in the park. Tacos, nachos, homemade cakes, cups poured up with big red and sprite where there was once a BBQ pit and an ice chest full of cold brews.

In many places, this is what prison looks like. You sometimes have to dig for it under the slop served in the chow halls or the yelling from the guards in the hallways, but it’s there.  In the middle of the crop fields there’s always the inmate that can’t wait to get back to the pod to shower, throw on a shirt 2 sizes too big, drop the homemade alum chain that hangs at navel height over the head and sit down to talk some mess over Big Six dominoes. Somewhere on the stairs someone is sipping homemade hooch, in the shower someone is probably smoking a mango kush joint and, perhaps in the cell, behind the curtain, someone is having phone sex with their baby’s mama! Or chatting on Facebook.

I’m sorry, America, but this is what your Reality Show, 4G, social media, latest trend world has created. Prison is just a society within a society. It is the microcosm trying to imitate the macrocosm. It is what it is. And no matter if you choose to hate it or love it, America, there it is….. fashion, style, bravado, ego, culture… trying to get its shine on… just like you!

(Author´s note: The above pertains to Texas prisons and is based on personal experience. I cannot speak for how it is in other states.)

Kenneth Foster is serving Life in Texas for Capital murder.