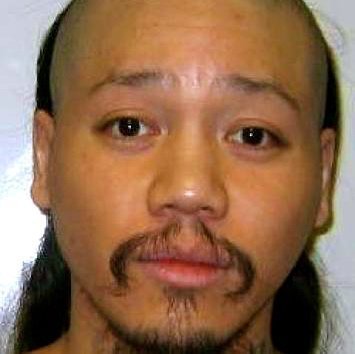 What does whatever I, or any other prisoner, have to say matter? We’ve “committed the crime, now do the time.” Yes, I mean that’s what I may be thinking too, if our situations were reversed. That said, I would be absolutely petrified to have you, an ex-felon, probably a violent offender with grievances, living in my neighborhood. Dating my daughter or son. Working in my restaurants. Fixing my car.

Think about that for a minute. Every day, all across America, prisoners are being released back into society and they, we, will be involved in or a part of your life or someone’s you know – and you may not even know it. Somehow, somewhere your paths will cross with an ex-felon’s if it hasn’t already. Had you only listened, taken a very small amount of your time, to whatever I may have to say, right? Now I got your daughter or sister or maybe even your wife in my Shelby, committing crimes with me, supporting my drug addiction, posting amateur home sex videos online. Think of all the bad things … and we’re doing it.

Why? Because while I was incarcerated, nobody wanted to listen to anything I had to say. It’s not “your fault” per se. It’s not “John Q. Public” I’m targeting. It started here, in prison. No matter what state, prison, jail we’re in, I’d bet punches to the face that those institution’s administration is not listening to their prisoners.

The proof is in all the prisoner’s civil actions filed in court. And being litigated successfully, mind you. All of the grievances filed against those institutions not only by prisoners, but by their families and friends. All the repeat offenders. The violence in the jails/prisons. The ex-felons jumping up their criminal activity, e.g. a drug addict now a rapist; a petty thief turned gang member; a thief turned murderer.

Prisons are not designed to “listen to” prisoners, and that’s why they can’t rehabilitate them. They’re built for us to serve a sentence. Sure, they have so-called caseworkers and counselors but if that really worked, there wouldn’t be any repeat offenders. Truth be told, these caseworkers and counselors work for and with the Department of Corrections. How much of a service do they think they really are? They give a flying zip. And wardens? The only people they listen to are the snitches.

A lot of prisoners don’t have family support either. Some don’t have any family period. So who do they have to talk to? Nobody. I believe in conflict resolution. How can there be any resolution if nobody is listening? If there’s nobody listening, why should I or any soon-to-be-released prisoner care to change? Sometimes all it takes is one person, that one opportunity for lives to be forever changed in the most positive of ways.

PrisonWriters.com isn’t just a place for prisoners to post their writings or to air out grievances. It’s a source of information, a starting place, for society to view a prisoner’s take on things, to see it from “our eyes” if you will. To be told the “other side” of the story. If you believe all the the Department of Corrections [DOC] feeds to society then you still believe in Santa Clause and the Easter Bunny. Why do they continuously request more money from the state? Nothing changes here! We don’t get cable t.v., movies or 3 hot means a day. But you believe those type of things because they’re the “Authority,” you assume they must be right.

PrisonWriters.com affords “whistle-blowers” a safe place, for prisoners to get out information that you’d be none the wiser about. For instance, a few years ago a prisoner committed suicide according to the DOC. But the prisoner was bound in restraints. Conveniently, his body was cremated the very next day, which is NOT procedure. The family of the deceased now knows better about how their loved one died.

It’s also a place to get that other version of events you don’t see on TV. You won’t read about int in the evening paper. Even if you have a loved one in prison, you may not even hear it from them because prisoners often don’t want to worry their family with the madness of what goes on behind these walls.

Prison Writers also allows readers the chance to develop their own opinions about mass incarceration, the judicial system and prisoners in a no.

It’s an outlet, for lack of a better word, for prisoners like myself – doing a sentence of life without the possibility of parole – to retain some sort of humanity and to not say “fuck it all” or and kill themselves – or worse, kill everyone else.

People want to be heard. Look around you. Riots and protests. They want to be heard. The senseless mass shootings at malls, the movies, schools. Someone wanted to be heard. When you allow someone to speak and be heard, they tend to reveal more about themselves than they may have intended to, thus allowing you to learn about them more than you ay have hope for. That’s always a good thing for both sides.

Prison Writers is an important program that involves you, yes you, whether you care to admit it or not! Even if you have a negative opinion about prisoners it’s a way to protect your children. It’s an excellent source to show the truth about prison life and how NOT to get involved with the same stuff a lot of us did growing up. You can show them: “See?! You want to be like this dumbass?” You can show them that orange is NOT the new black, there’s nothing honorable or “street-cred worthy” about this lifestyle. It’s a great deterrence of crime.

Learn, see, come to your own conclusions by and through programs such as PrisonWriters.com. I promise, it’ll only hurt the first time!!