This is Joseph Dole’s bio, in his own words: 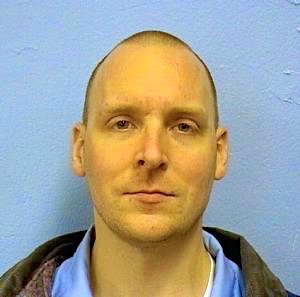 Joseph Dole is 39 years old and has two teenage daughters. Born in Saginaw, Michigan, he moved to Illinois when he was 8 years old after his parents divorced. He has been continuously incarcerated since the age of 22 and spent nearly a decade of his life in at the notorious Tamms Supermax Prison in complete isolation.  (Tamms was shuttered in 2012 after an intense campaign by human rights groups, and the families and friends of prisoners who were confined and tortured there.)

Mr. Dole is currently serving a life-without-parole sentence after being wrongfully convicted of what police claim to be a gang-related, double murder. He continues to fight that conviction pro se and has recently uncovered evidence suppressed by the State, which proves the State’s star witness committed perjury on the stand.

His first prison essay, which won him first place in a prison writing contest, was included in the book “Lockdown Prison Heart” (iUniverse, Inc., 2004). Since then he has written a number of articles, essays, poems, research papers, and proposals, two of the latter which were catalysts for Illinois legislation (a bill and a resolution).

Joseph Dole was a Top 20 Winner in Prison Writer’s Prison Writing Contest for his story, Death in Prison: The Top 3 Killers.

He has won four different PEN America Writing Awards for Prisoners; and is currently seeking outside assistance to publish a book-length essay and his prison journals via Create space. He has been published in Stateville Speaks Newsletter, Prison Legal News, The Journal of Prisoners on Prisons (Vol. 20, No. 2, 2000), Graterfriends Newsletter, The Insider Magazine, The Mississippi Review, The Public I Newspaper, as well as numerous places online such as The Real Cost of Prisons Project and SolitaryWatch.com. Most recently, an essay of his was included in the anthology “Too Cruel, Not Usual Enough.”

Mr. Dole is both a jailhouse journalist and jailhouse lawyer, as well as a government watchdog concerning the Freedom of Information Act in Illinois. He has educated himself by taking dozens of correspondence courses and reading hundreds of books. Due to a deficiency in funding, he has been unable to continue pursuing his degree at Ohio University, but he continues to self-educate. He hopes to one day be able to obtain his degree, regain his freedom and work to help cure some of society’s ills.

A Costly American Hatred is an in-depth look at how America’s hatred of “criminals” has led the nation down an expensive path that not only ostracizes and demonizes an ever-growing segment of the population, but is also now so pervasive that it is counterproductive to the goals of reducing crime and keeping society safe, wastes enormous resources, and destroys human lives. Anyone who is convicted of a crime (and many who aren’t convicted, but only charged) is no longer considered human in the eyes of the rest of society. This allows them to be ostracized, abused, commoditized, and disenfranchised. The rest of society sanctimoniously rejoices in all of it, with a self-righteous “they deserve it” mantra. It does nothing to lessen crime though. Instead, it more often than not increases crime, tears at the fabric of society and individual families, and creates a permanently impoverished “criminal” underclass. Most people are unaware of just how awry our criminal justice policies have gone. A Costly American Hatred seeks to educate people on how pervasively society ostracizes people who fall into the clutches of the criminal justice system and the toll it is taking on our country.

Rethinking the “Truth In Sentencing” Law

You can contact Mr. Dole at the following address, and he will respond to all letters he receives: