I Was With Jeffrey Dahmer The Day He Was Killed 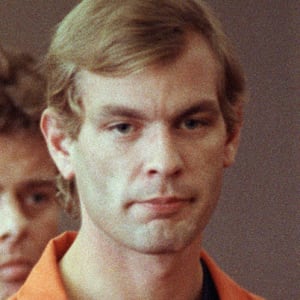 During a 13-year period, serial killer Jeffrey Dahmer brutally killed 17 men he lured back to his apartment, promising to pay them for posing nude for photographs.

Dahmer would then kill them, cut up their bodies and, in some cases, cannibalize their body parts. He was sentenced to 15 consecutive life sentences and was housed in Ohio’s Columbia Correctional Institute.

You are about to read a story about a prisoner (referred to as K.P. for this article) who not only knew Jeffrey Dahmer in prison, but was with him (and fellow inmate Jessie Anderson) a few minutes before he was beaten to death.

Here is what happened in KP’s own words, as told to inmate Justin Welch.

The day started out like normal.  Jessie Anderson and I were getting picked up from our unit which is unit 8. The Corrections Officer walked me and Anderson to unit 6 to pick up our co- workers Jeffrey Dahmer and Christopher Scraver.

After the CO got Jeffrey Dahmer and Scraver out of their cells, I noticed Christopher Scraver starting to walk really fast to the gym ahead of us, leaving me and Dahmer and Jessie Anderson way behind. I  was the last into the gym and like normal I walked into the inmate locker room. As I entered the locker room, I noticed Jessie Anderson laying on the floor with blood all around him in the shower stall.

An Interview with Jeffrey Dahmer’s killer:

I then tried to get the attention of the CO that was inside the rec officer’s  station. I was able to get his attention and then got my jacket with my smokes in it. I started to walk to the outside rec to have a smoke, but stopped in the staff locker room to check on the status if it needed to be cleaned.

As I entered the staff’s locker room I saw Jeffrey Dahmer’s body laying on the ground lifeless with his head smashed in and his brain’s about 6 inches outside his head.

It was clear then that Dahmer was dead… so I turned and walked out of the staff’s locker room only to notice an army of COs and white shirt supervisors running into the gym. I was placed in handcuffs and made to stay in front of the officer’s station.

I was taken back to my unit in cuffs and put on TLU status. TLU stands for Temporary Lock Up. Once in my cell and not more than an hour later, I kicked the TV on and saw the “breaking  news” that the infamous Jeffrey Dahmer was dead (and Jessie Anderson also).

Christopher Scraver apparently had left the gym right after killing Dahmer and Anderson and made it back to his cell on unit 6 before they even knew it happened.

Christopher Scraver had beaten both Jeffrey Dahmer and Jessie Anderson to death with a weight bar out of the weight room. (Wisconsin DOC no longer has free weights because of that reason.) Jessie Anderson lived for 3 days in the ICU before dying due to his brain being beat in. Jeffrey Dahmer died on the spot.

The institution was on lock down for 3 weeks after the fact. In the third week of lockdown, the FBI and local Sheriff’s Dept detectives questioned me about what happened, but I didn’t know anything.

Christopher Scraver took two men’s lives and got what he wanted, which was to be sent out of the state of Wisconsin DOC for good. Christopher Scraver is now — as far as I know — in Colorado DOC. Scraver was already in prison for life for murder before killing Jeffrey Dahmer and Jessie Anderson. So the time he got didn’t matter to him at all. One life sentence or two life sentences — what does it matter?

That’s what KP told me he saw and knows about the Dahmer and Anderson murders in CCI. If you have any questions, hit me up and I will talk to KP, we are only 6 cells apart so I can call down to KP with no problem. KP is still in Columbia Correctional Institution today.