I Was Tortured In America 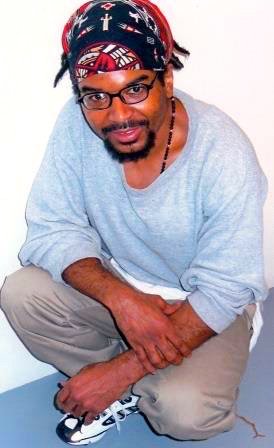 Throughout my 22 years of incarceration, I’ve survived many shades of torture. My most horrible experience was in 1995, in the federal prison Terre Haute, Indiana. During a violent clash between two groups of inmates, a guard got badly hurt attempting to break up the mess. Fifteen of us were thrown in the SHU or “hole”. Myself and two others were fingered for the guard getting beat up. (I was later exonerated.)

The guards, after getting us handcuffed, beat and stomped us unconscious, dragged our bodies all the way to the “hole,” where they cut off all our clothes and hog-tied us down on steel bunks without mattresses or blankets. The BOP [Federal Bureau of Prisons] calls this “four-pointing.”  [Read brief Code Of Federal Regulations, CFR, on restraints.]

We all expected the guards to beat us in retaliation. But the torment we endured hog-tied naked to raw steel, cold raw steel bunks, was enough to make the hardest of men cry uncle. It was already cold as hell in the “hole” – even if we had all our clothes on and blankets. After a few hours of being chained down to the steel, it bites into your back and ass. We trembled so violently that the shackles on our ankles rattled loudly against the steel bunk frames continuously. I swore I would die.

We were in an area in that old hole known as the “box-cars,” basically a hole-within-the-hole. Isolated from others, it was too dark to even see my feet. The rats back there were little devils. They seemed to know when a man was down on his luck. Lucky for me I had enough slack in my chains to kick and slap the shit out of them. Every four hours a nurse and two guards would “check up” on us, though it was more like they were taunting us.

One guard who worked on the midnight shift was particularly sadistic and would spit his chewing tobacco on me, beam his flashlight in my eyes and make racist jokes about what “healthy” niggers we were.

Even the female nurses handled us roughly. I nearly lost my mind back there. Guys who were mentally ill yelled and screamed hysterically. The cold steel I can feel in my bones to this day. After 24 hours, they placed us in regular cells.

In 1996, I was 19 years old when they sent me to Supermax ADX. There was a lot of older convicts who taught me how to fight with a pen instead of a knife or fist.

The BOP was sending a lot of mentally ill inmates here who they shouldn’t have. They would straight freak out from the stress of solitary confinement. They would cut open their veins with razors, swallow razor blades, eat shit, etc. The guards had to provide medical aid and clean up after them and so they would often beat the shit out of these poor bastards. So we started to defend these guys and file stuff to the courts, write the governor and human rights groups.

The guards retaliated. Twice they poisoned my food. The second time nearly killed me. My chest felt like it was cracking open, my heart raced. Two other inmates on my range suffered the same attack that night. We demanded the medical staff to take a stool sample, but they refused, gave us some bull-shit tablets for the pain.

We were forced to stop eating the food trays and survive off commissary food. When our funds ran low, we came up with the clever idea to have the chaplain change our religious status to “Jewish.” The Jewish inmates were provided religious diets of kosher meal that was shipped in from outside Jewish stores, the entrées were always sealed.

I have been beaten, gas, maced, and four-pointed more times than I care to recall – mainly for standing up for my rights and the rights of other inmates.

But even my most painful experience with the cold steel, nothing has been more cruel to myself and family and an example of American torture than the solitary confinement. I’ve been in solitary since I was 19 years old. I’m 38 1/2 now!! What type of rehabilitation is this?

Nowhere in Europe do they treat their citizens with such cruel “Lock ’em up and throw away the key” attitude. If long-term solitary confinement isn’t torture, then go and lock your dog inside a bathroom for a month a see how your soul feels.

“They can’t jail the spirit.”