A Hitman’s Hopes for Redemption 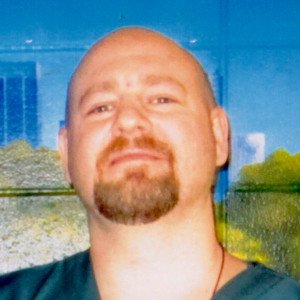 When Justin Welch sent us his first story, he attached a personal note to us explaining who he was. With his permission, we present it below.

I’m changing and making better choices now. I can’t fix my past but I can change who I will be. I must change so my kids and grandkids will have something to do with me.

I have 44 years to life in Wisconsin DOC.

Arkansas agreed to not charge me if I got sentenced to anything over 30 years to life Wisconsin. And I did just that in Wisconsin. California has 25 to life on me but I’m sure the statute of limitations has ran out there time limits by now so I will not see that also. So I have got lucky one could say. Three states with life penalties for me and I have gotten it down to just Wisconsin with 44 to life. If laws don’t change like the mandatory minimums, I will most likely die in prison. But as crazy as I sound, I did it all to myself so if I do end up dying in prison it’s all my doing. I killed people for nothing more than money and now that I’m older I see why that is so sick.

I understand the system now. In California my oldest daughter was at home and some piece of shit ran into her house with a 9 mm and she fought him and he shot my daughter in the chest one inch from her heart. She lived and I’m truly thankful for that but I wish I could be in California prison system right now. I would love to run into that piece of shit that shot my daughter. She was only 17 years old and almost died. I feel so bad and know if I was at home I could of stopped it or something.

So what I’m getting at is I don’t feel for none of these sick ass pieces of crap in here, if they did the crime they can do the time just like me. Prison is a place for people like me and you will never hear me crying over being in here. Yes prison sucks and I wish it was better but it is what it is. I should of never took anybody’s life…..

Not only did it cut me deep, I don’t think I will ever be able to understand what could make me do all the shit I did when I was younger. I’m mentally fucked up over my actions. The lady I killed in Wisconsin was a good hard working mother. Her name was Kim Smith and she worked for the county in Waukesha, Wisconsin. It’s been over ten years and I still feel like a piece of shit. I feel so bad for her son Jackson. He was 3 years old at the time, the same age as my younger daughter Celeste. So now he lost his mother because I killed her. The whole Smith family lost a good kind mother, daughter, sister and more, because I wasn’t thinking clearly. Man it’s so sad and I don’t care who reads this, I feel so bad for doing that.

You see on TV and in movies about Hitmen. Well that’s one thing. It’s just fucking TV and any real man would feel the same as I do. But we put on this tough guy role in here. But trust me if I could take it back I would…. Not because I got  caught just because killing Kim Smith was not right. She should be with her son right now and I should be with my daughters.

I can’t fix the past and it’s hard for me to understand how I should live with this. You can’t forget, you can’t move on, you can only live in the past forever if you ever do evil shit like I did. Prison is nothing compared to the past I have to deal with in my mind. Some guys in here might not care what they have done to others, but I do, and I just want to somehow make things a little better for others in their lives.

I’m not that person any longer, nor do I want to be. I just want to be a peaceful man and try to make my kids understand that I’m not the monster the media made me out to be. I have a grandson now and I have not seen him and nor do I think my daughter is going to let me. I know she is hurt by my actions and I can’t fix it. I can only do the right things from here on out and do better for my kids.

When Justin Welch was 28 and living in California, he was hired by Darren Wold to fly from his home to Wisconsin to kill Wold’s ex-girlfriend, Kim Smith, on the promise of a $7,000 payout from Wold. Welch stabbed Smith in her home Oct. 1, 2009 and was sentenced to life in prison with no chance of parole until he is 70. Prosecutors agreed to recommend Welch be eligible for parole in return for his testimony against Wold and another co-defendant.

Here is a news story about his trial and testimony.