Here’s How Women Fight in Prison 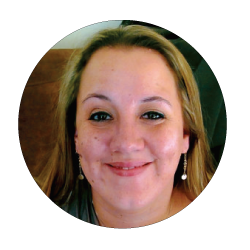 One day as I was sitting on my cubicle floor deciding which flavor of Ramen Noodles would be my lunch, my friend Lacy darted past my “house” (or cubicle) and gleefully announced, “Teezy and Bri are fighting in the dayroom! Get up, Christine!” Since being a spectator didn’t interest me, I stayed where I was and decided upon the spicy beef. Over the past 7 ½ years of my sentence, I’ve witnessed over a dozen fights. I find them unpleasant and ridiculous in most instances so I tend to avoid watching them altogether.

“Teezy is kicking Bri’s ass!” Lacy reports. Okay, now I am tempted to get up and take a peek. I can’t stand Bri and I happen to think Teezy is a good soul. She’s kind, considerate, and she has a smile that lights you up inside. Bri, on the other hand, is rude, obnoxious, and steals from people when she thinks no one is looking. And she is a bully. So I’m sorta glad she is getting her ass handed to her.

The fight was apparently over (for now) because I hear Teezy behind me, just a few feet away say, “Aw whatcha mad for?” with a chuckle. In response, a 9-inch plastic fan is hurled through the air at high velocity, hits my neighbors brick wall, and explodes. (This is the best way I can describe it.) Then, a big plastic chunk lands on my floor and does a wobbly spin for a second or two. (This is why we can’t have nice things)

It appears as though Bri’s pride has taken a hit—along with the rest of her—and she is furious. I peer over my brick wall in time to see Bri wielding a broom as she marches towards Teezy—who is still tickled about it all. The two women run in a big circle around everyone’s cubicles until Bri stops and pops Christina (Teezy’s close friend) in the face a couple of times.

Teezy isn’t laughing anymore. The look on her face is scary. Now Bri is running from Teezy and she has dropped the broom. For the next five minutes, the two women fling items across the dorm at one another and take turns invading the others “house,” doing as much damage as possible. They pour out food, soda, shampoo, and foot powder onto the bed and floor of their foe. Family photos are left alone, however. Even during the chaos, photos of loved ones are considered sacred, left untouched.

Bri discovers a bucket and flings it—nearly hitting an old woman and missing Teezy completely. Bri’s face is swelling up quite impressively by now, which may explain why her aim is off. Then again the fan missed its mark too.

Teezy, who disappeared to the dayroom momentarily returns brandishing our metal 50-gallon trash can as her chosen weapon. She has come unhinged. As she lumbers towards Bri, debris is flying everywhere, because she’s carrying it horizontally. Oh my.  The entire dorm looks on aghast. None of us has ever witnessed two women go bonkers like this. Then, just as Teezy begins to raise the trash can over her head to smite her enemy, we hear keys. (Keys=officer is coming).

In a flash, Teezy sets off towards the dayroom with the can, deposits it in its assigned location, and parks her butt in front of the TV like nothing has happened. Bri clumsily makes a dash for the bathroom stall in order to hide her condition from the officer. The rest of us regard our captor uneasily when he struts in and demands, “What in the hell happened in here?!” We all just look at him solemnly and silently. Some of us resume our normal routine with forced nonchalance. And since no one appears to be dead, the officer leaves, but not before demanding that we “clean the damn dorm up.” So we do. Like I said before, normally I don’t gawk when a fight erupts. But, when a fan explodes, brooms are brandished, buckets fly, and a big ass trash can is wielded WWE style, I may just sit up and take notice. Wouldn’t you?

Seven years into my incarceration I had my first brawl. Being the laid-back, easy-going, classy chick that I am, I usually don’t engage in such hostile behavior. It all started with a clogged shower drain and the need for a plunger. Shelly and I had both just showered so the four showers, which all shared one drain, were all flooded. We looked everywhere for a plunger, so we could take turns unclogging it. Our dorm officer said he’d call around for one but he wasn’t in much of a hurry.

While we waited, I did the things one would do after a shower: apply deodorant, lotion, and brush my wet hair. Ten minutes into our wait for a plunger, I hear Shelly raising hell, and I hear her say my name. After I put on my shorts and T-shirt, I walk over to where Shelly is and find her furiously plunging the shower drain. Oh, looky there, a plunger. She is having a fit because I’m not helping her and she’s putting on a show for everyone, being extra dramatic and ridiculous.

I told her if she had told me the plunger was already here I would’ve gladly come to help her. I had a cubicle far from the showers and the officers. She lived right by both of these areas. Since she kept her hysterics I told her she needed to “get off stage” (a prison term meaning to stop putting on a show for everyone and stop being such a jack-ass).

Shelly is also known to be somewhat of a bully and since no one talks to her like that, she challenged me to fight. My response was, “Really Shell? Over a plunger? You’re an idiot” and I walked away. The next thing I know Shelly’s large self is standing over me as I’m sitting on my cubicle floor. She says, “Don’t ever get in my face again,” and she big-faced me.

“Oh, hell no,” I thought and the next thing I know I’m off my floor, on my feet, and punching a very surprised Shelly in her face and head. (To be fair, she had put her hands on me and I reacted.) Shelly’s two friends see that I’m getting the best of their friend and they run over to help her. Now there are three large black women on me which in turn causes three of my friends to get involved and join the melee.

No one else swung, our friends just yanked us apart. Bri, (yep, that Bri) popped me in the lip which caused it to bleed a little. Tita hit me once on top of my head, but only after she missed the first time. I only hit Shelly but didn’t do much damage, just two or three lumps on her forehead and cheek that barely even swole up. Both of us were ok, so please don’t assume I kicked anyone’s ass because I didn’t. I did hold my own against three women, however, with only a scratch on my lip to show for it. No one was more surprised than me.

Both Shelly and Bri apologized to me that day with genuine sincerity—I might add. Tita didn’t. She just eyed me warily. A few days later, however, she joined me in the dayroom while I was watching TV by myself.

“Anything good on?” she asked,  which I knew translated into, “Sorry for hitting you the other day.”

So I responded, “I think ‘Sons of Anarchy’ is coming on next,” which meant, “No biggie, I forgive you.” And just like that, we were all okay and at peace once again. (If you read the story I wrote six years ago, you’ll notice I did not get naked to fight. Nor did I get my butt handed to me while in the buff. Thank goodness.)

I would never want to see anyone get seriously hurt, even Bri, so I’m glad I haven’t. I pray we all leave this place in one piece and are better people than we were when we came in.

Christine White is serving 20 years in Texas for Aggravated Robbery.