YES, It Happens. Guards Beat Me Up Out Of Sight Of Cameras 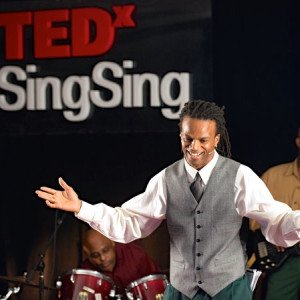 “The next time I have to tell you something twice, I’m gonna knock ya teeth outta ya mouth,” he whispered, his breath hot against my neck, the sharp hairs above his lip pricking my earlobes. If he weren’t 6’3” and about 250 pounds of stuff that didn’t jiggle or bounce, I might’ve been turned on. The gorilla, Officer Cruz, stood directly behind me with two other prison guards flanking me. The man on my left looked like Barney Rubble and the woman to my right resembled Joe Pesci.

As a newjack with less than ninety days in prison, I knew I would eventually be tested. I didn’t know my testers would be clad in uniforms while behaving like gang members. The dispute began over a bar of state manufactured soap. I had been on my way to the yard where prisoners often washed their underwear while in the shower. Officer Cruz selected me for a random pat frisk, then ordered me to leave the soap. I told him I needed my soap, he threatened me, I informed him that my lawyer Ronald Kuby knew how to deal with people like him, and the next thing I know I was in an isolated area of the prison surrounded by three intimidating guards who didn’t know or care who Ronald Kuby was.

“Now get outta here!” Cruz barked, sending a puff of wind against my neck.

I took my palms off the wall, slowly lowered my arms, and took a few steps before stopping in my tracks—something puzzled me.

“What,” I asked, scratching my head, “am I supposed to be doing while you’re taking my teeth out?”

Pesci looked around, probably to make sure no one else could see us.

“Get on the wall,” Barney ordered.

“You already searched me twice,” I replied.

“I’m giving you a direct order to get on the wall,” Cruz said, grabbing my arm and shoving me toward the center gate, an area out of view of the eighty-eight cells on the gallery.

I didn’t really know what to expect, but as soon as my palms touched the wall, someone pulled the floor out from beneath me. I fell on my side, held my jaw and looked up at Cruz who was shifting from one foot to another with his fists up.

“Did he just hit Ms. Archer’s son?” I thought, although my stinging jaw told me he did.

“C’mon,” he said, his lips curled into a wicked smile. “I’ll give you a chance to fight back.”

Before I could take him up on his offer, Barney kicked me in my shoulder. I scrambled to my feet and everything became blurry. I remember Barney’s forearm under my chin before I pitched forward and chucked him over me. Pesci didn’t hit me, but she kept grabbing me to make sure I didn’t spill out into the view of the gallery.

In the midst of the scuffle, I heard Cruz say, “Pull the pin, pull the pin,” i.e., activate the alarm and call for back up. I was having trouble with three of them, so I didn’t plan to stick around and tussle with any more. I struggled my way out of the tight area, leapfrogged Barney, and bolted down the gallery. Halfway down, I realized I was headed for a dead-end. I stopped, turned around, and charged back at them. I must’ve surprised them because they all froze in place. I barreled through them and raced back up the gallery. As I neared the end of the gallery, I ran into Sergeant McNamara and other officers responding to the alarm.

After a second of hesitation, I lie on the floor and put my hands behind my back. I’d heard horror stories of guards beating inmates while accusing them of resisting, even when they didn’t resist. One solution for that, I thought, was to make it clear I wasn’t resisting. That is, until I felt a stinging pain in the middle of my back; it was Cruz’s elbow. He had done his best “Macho Man” Randy Savage impersonation and then wrapped his bicep around my neck and leaned back.

As I gasped for breath. I heard the sergeant yell, “Get the fuck off of him!”

After Cruz released me, I was handcuffed and taken to the emergency room where the nurse somehow failed to notice my swollen jaw or the cuts on the inside of my cheeks from being punched in the face. She reported that I had no injuries and sent me back to my cell. There, I learned I was accused of assaulting staff. The misbehavior report alleged that I punched Cruz in the stomach for no reason and ran off. There was no mention of Cruz’s sucker punch, the ensuing scuffle, or him choking me in front of the sergeant.

At the hearing, Cruz testified that he and Barney had been escorting me to my cell – to be locked in at another guard’s direction – although he wasn’t sure of that guard’s name or what I had allegedly done wrong to merit being locked in.

Barney testified that he just happened upon the area and saw me fighting with the gorilla, so he pulled his pin. Pesci testified that she and Cruz were escorting me to my cell and Barney wasn’t there at all. She couldn’t explain how it happened that Barney activated his alarm since he wasn’t even there. And no one could account for my bruised face.

They didn’t even try to get their stories straight—they didn’t have to—the hearing commissioner found me guilty and sentenced me to 90 days in the box [solitary confinement.] Later I learned I had gotten off easy—I still had all my teeth. I met others throughout the years who had been assaulted by guards and weren’t so fortunate.

One day, while in the box, I read Ecclesiastes as a guard named Collazo handed out our evening meals. He looked at me and said, “That’s right, read the Bible. That’s the closest you’ll ever get to heaven.”

“Whatever,” I said and Collazo walked away laughing.

He didn’t even know me, so I should’ve paid him no mind, but for some reason his words bothered me. They made me reflect: I was doing twenty-two years to life for a murder I didn’t commit and suddenly I was in the box for ninety days for getting jumped by three prison guards. At that point, I realized innocence was highly overrated and that right or wrong, if I kept ending up in bad situations then something was wrong with my navigating system. I had to prove Collazo wrong, even if it meant creating my own heaven.

After completing my time in the box, I was shipped to Clinton Correctional Facility, a prison near the Canadian border. I threw myself into the available rehabilitative and therapeutic programs. I learned to repair air conditioners and refrigerators, completed a course on Aggression Replacement Training, became a peer educator for HIV/AIDS and learned to operate different kinds of sewing machines. Later, I earned Associate and Bachelor Degrees in Behavioral Science and a Master in  Professional Studies.

Among my other accomplishments, I helped found the Forgotten Voices, a group of men dedicated to redefining what it means to pay a debt to society. To date we’ve raised almost $8,000 in prisoner funds to sponsor a gun buyback and we often meet with state senators, clergy, and community activists to brainstorm solutions to societal problems. We also co-created Voices From Within, a group of men who collaborate with Dateline producer Dan Slepian to create a series of short films aimed at reducing gun violence in our communities.

That trip to the box may have been the best thing for me, under the circumstances. Don’t get me wrong—I’m not recommending anyone take a trip to the box because solitary confinement is, by its very nature, cruel and unusual. However, my stint in the box gave me the time and motivation to define myself and start doing things to shape my own destiny.

If I had not been assaulted by Cruz and company, or ridiculed by Collazo, I may not be who I am today. I’ve seen many incarcerated individuals, guilty and not-guilty, spend decades wallowing in rage and self-pity, spending the prime years of their lives reminiscing on the past or fantasizing about the future.

I made a conscious decision to live in the present. That decision helped transform a miscarriage of justice into an educational and, at times, entertaining experience. The moral of this story? We don’t have to let circumstances dictate who we are. We don’t have to adapt to the abnormal realities of prison life; we can create our own realities. No, it’s not easy, but it’s possible and even desirable.

Is it ironic that I began truly living my life in prison?

I’m doing things I never imagined… and the world is taking notice. I was recently selected to be the M.C. for a TEDx event in Sing Sing and on December 6, 2014, my picture found its way into the New York Times with an article about the event. As I concluded TEDx Sing Sing and thanked the applauding and whistling audience for coming, I remember thinking, “If only Collazo could see me now.”

And I’m still a work in progress; the best is yet to come.