Here’s What Happens When You Grow Up in Prison 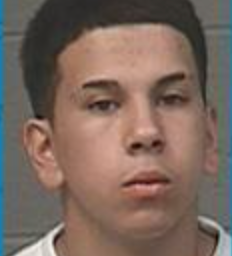 On a cold winter day, I found myself looking out the small window of my cell, trying to escape the noises I’ve become accustomed to over the years. Cries of help, someone screaming from the fresh cuts engraved in their arm, and the chaos of solitary confinement. As I try to mute the noise, watching the snow drift to the ground, I think of a conversation I had with my mother, ”How has prison affected you? ” she asked. I told her that it’s changed me in a lot of positive ways and pointed out the good that came from the mistakes that brought me here.

Deep down I knew I was lying to her. Maybe because I wanted her to be proud of me. Or  maybe because I was ashamed of the truth. Maybe I was scared that if I told her the truth, she wouldn’t accept me for who I really was. Worse, she would turn her back on me like most people already have. The question haunted my thoughts and made me look at my past, as well as myself, in ways I didn’t want to accept.

The truth is, coming to prison at sixteen years old was hard. I was young, mad, and still trying to find myself. I soon came to realize that prison was not a place for emotions, they were seen as a weakness. So I did what I thought was best at the time. I shut them off to the best of my ability. Little did I know that later in life this decision would change me in ways I could never come back from. As the years passed, becoming emotionless became easier and easier, it was as if things had been like this for as long as I could remember, and I liked it.

But it took just one thing, one event, for me to reevaluate how a decision like that could forever impact my future. It was when my brother died. As I listened to my mother cry from losing a son, watching the tears fall from her eyes when she visited, I could only try to console her. But what she was feeling was foreign to me. Of course I felt bad — this was my brother — but those were thoughts lingering inside my head, not in my heart. I didn’t feel the emotions that one should for losing someone that close to you, and this was more confusing than anything.

How has prison affected me? This question has been stuck in my head. It’s true that prison has changed me in a lot of positive ways, not from any help from groups or staff, but from dealing with life and going through the experiences that come with it. The reality is, prison has in fact made me worse than who I was before I came here. It has made me shallow and cold, like winter. It has made me recognize anger, loneliness, hate, and despair — as everyday feelings. Feelings like happiness, and love, definitely don’t exist. Prison, no matter how much I’ve learned about life, or myself, has robbed me of the one thing that makes me whole, the one thing that makes every human whole. The ability to feel. This is something I’ll forever have to live with. A life without emotion.

Dusstin Longtin is in prison in Wisconsin for a murder he committed when he was 16 years old.