Getting Out of Prison is Overrated 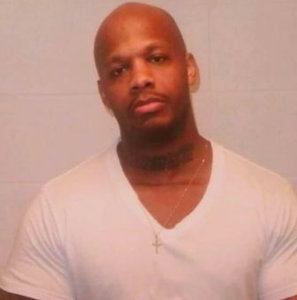 During my last 9 years inside, I did make a promise to myself that I broke: to break the cycle my son was born into while I was behind a glass in jail.

I was released from prison in 2011 and, in less than a year, I was locked back up for thirty years [for murder]. My daughter was born in December of 2013. First time I ever laid eyes on her was behind glass in the exact same local jail where I first saw my son behind a glass. And the first time I ever physically held or touched my daughter was in the exact Virginia State Penitentiary that I first held my son. Two different kids by two different women almost 11 years apart but the exact same cycle.

What is that telling me?

I had every chance and opportunity to get an education and change my life, but I didn’t do either. I fought, I gambled, I scrambled, sold drugs, I did what I was taught to survive. And being a creature of habit kept placing me in the same space I’ve always been in, so that continues to give you the same results. Reputation, pride, ego, loyalties to the wrong individuals are products of a certain kind of thinking pattern (tunnel vision). There are millions of guys that think similar to me and I’m aware of my problematic style of thinking. But I’m committed to living the way I was raised, yet I want different for my 12-year old son.

I’m so gentle and understanding when dealing with my kids in general. I don’t curse around my kids. I’ve never let them see me do anything bad and I do everything to maintain that image because I know kids mirror what they see. I’m that same person who says yes sir, no sir to someone’s father or grandfather.

But on the other hand, I’m also that same person who is very capable of shooting someone without a 2nd thought if they violate me or disrespect me, then two hours later take my mom to a doctor’s appointment, then go home and sleep like a baby.

In more cases than not, the average African American grew up in the projects or public housing, section 8, or urban communities. These are known statistics. It’s sad, but it’s life and life is real. And often a young person with a certain upbringing is a known creature of habit.

We mirror images we see without justification. Single parent homes with no father figure for a young male is a very hard circumstance to overcome. We share their success stories of making it in sports or going to college, but crime, drugs and murder is just the norm for most.

I’ve been surrounded by violence, drugs, gangs, murder, isolation, people with serious issues, and I’ve learned to do what’s necessary. And most guys with my kind of upbringing think the same – not a few, but the majority of guys like me think similar. And until the circumstances change, this cycle will indeed continue.

My dad sold drugs and used drugs, my uncle sold drugs and used drugs – and they both embedded in me to never use the drugs. Good side, right!? Bad side is, they taught me how to sell the drugs and how to be effective while selling the drugs. Hypocrites, huh? Damn right, but to this day I’ve never used any hard/harsh drugs. I’ve never sniffed or shot nothing, never popped a pill, nothing. I smoked weed in my teenage years, but haven’t smoked since then. But I’ve sold drugs since I was 14 years old, I’m  37 now, so I guess something good came from the teaching even though it was a double standard.

You’ll be surprised at what “Getting Out” means to the majority of those who are getting out of prison. To many it’s just a comment or a thought that has no substance, but for the few good minds that understand the meaning and have taken the time, dedication and discipline themselves to make a change, I tip my hat and wish them the best.

If my legal situation doesn’t change, I’ll be in my 60’s when I’ll be “Getting Out” and it’s sad to say I am what I am. With limited education, no trade history or background, what will I do after “Getting Out”?

So again, do the statistical math. Again, “Getting Out” is overrated. I’ll leave you with my thoughts from my point of view – negative of course – but realistic, and you have to respect what’s realistic. Getting out means nothing if your intentions are to do nothing positive when you do get out.