GED Classes In Prison Are a Joke — The Fault of Prisoners or Teachers?

In some ways GED instruction in prison is a big charade. The program looks good on paper (lots of prisoners in class) for those that analyze such things. But are they learning? The reality is many of these students are not learning. At least not enough to pass the GED.

“Rate times time equals distance,” I instructed the class. And they looked at me like a herd of deer staring into a semi-truck’s headlights.

These weren’t ordinary students.  I am a prisoner at a maximum security prison in Colorado and have been a “teacher’s aide” for Adult Basic Education

[ABE]. Two out of the eleven students in the class were in the hole (solitary confinement) because prison staff had found shanks in their cells. One student, an 81-year old black man, showed me his 18-cent pencil that he’d sharpened to a needle point intended for someone’s jugular vein – should the need arise.

More than once the need had arisen. I made a quick mental note that the old man was still the one in class applying himself. And as it turned out, he was quite affable.

“Think of it like this,” I tried to explain to the other prisoners, “If sound in air travels at 1,100 ft. per second, it takes time to reach a distance away from the source of the sound.”

A tough Latino gang member asked, “So if I shoot someone, and a cop is three miles away, I’ll have like 15 seconds to hide before he hears the shot fired?”

Now everyone was all ears. One of the primary obstacles of teaching adults in prison is they have been through school before and it didn’t work.

A 40-year old man, serving 12 years for armed robbery, has little interest in interpreting a poem by Emily Dickinson, or finding the volume of a sphere.

(Ironically, during a recent training session, two out of five paid Colorado Department of Corrections teachers at Limon, failed portions of the GED test. Another teacher had barely passed.)

After landing this teacher’s aide gig, I noticed a quiet Asian student, would just read a history book, no matter the subject I was teaching.

One afternoon I remarked, “I see you enjoy History.”

He explained to me that he was born in Vietnam in 1973, and he had an interest in his family roots that the history book addressed. The other subjects were of little interest to him.

I got a good laugh at one of the conclusions he had drawn from his private studies.

He turned to two pages of the history book that had beautifully painted portraits of all of the presidents of the United States. He pointed to Richard Nixon and Lyndon B. Johnson, and said, “You see these two? They have heads like dicks.”

“That’s interesting that you say that,” I chuckled, “Do you know what Nixon’s nickname was?”

He shook his head no.

“You’ve learned, well,” I gleamed. I was tempted to ask him what George Bush Jr’s head looked like. But I figured I already knew.

As I got to know this student, I discovered he ran a successful landscaping business in Denver, and earned more than most school teachers earn. We talked about alternative businesses he could establish during the off-season: a chimney sweep and a gutter cleaning service.

It was during one such “off-season” that he sold methamphetamine that landed him in prison. He explained he had a gambling addiction as well, and a need for a good woman to add stability in his life. He asked me questions about banking, paying his taxes, and how to obtain a business license.

The answers to these questions had strong potential to keep him out of Limon. Did this man really need to be able to interpret an Emily Dickinson poem?

Statistics show that students who acquire a high school diploma earn more over their lifetimes than those that don’t. However, for some adults who have long been out of school and have turned to crime and are now incarcerated, a focused approach is more prudent.

Presently, the Colorado Department of Corrections requires prisoners to earn their GED’s prior to taking any other form of education. And that’s fine for the prisoners that desire to do so. But it is a disaster for those who would rather learn something more tangible. I witness this every day.

The 81-year old man asked the [Colorado Department of Corrections] teacher, Mr. Hirthler, “Do you like to fish?”

“Do you like fish?” the old man asked again. 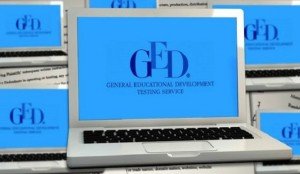 Then the old man said, “Well you hook a minnow on, then hold onto your rod, they’ll be biting all day.”

The old man touched my arm and whispered: “Did you hear that? Worms! And I need a GED? He’s the one that can’t catch any fish.”

I recommended he get up and sharpen his pencil.

“That’s a good idea,” he said. The old man was scheduled for release in 2016. He has been in prison for over 30 years. He looked forward to reuniting with his grandchildren and fishing in Cherry Creek Reservoir in Denver.

One afternoon in class he told me, “The only thing that matters in life is that we leave this world on good terms with the man upstairs.”

I couldn’t help but think: for this 81-year old inmate, this lesson learned on his own, in his prison cell, was far more significant than any Emily Dickinson poem or GED.

Contrary to public and private education in the free-world, where most teachers are liberals, four out of five CDOC teachers are conservatives. And that usually means they attempt to teach things in a very rigid way. However, with prisoners, rigid doesn’t work. Instructing adult prisoners requires teachers that are one-third entertainer, one-third philosopher, and one-third WWF pro-wrestler.

What usually happens is new prison instructors attempt the rigid approach until the ensuing chaos becomes overwhelming. Eventually these instructors just pass out assignments and let the students teach themselves. I’ve also watched teachers put five math problems on the board and call it a day.

In the Literature and Arts section of the GED test is a poem to read and interpret. The poetry is usually that of a noted poet, like Robert Frost, Walt Whitman, or Emily Dickenson.

For many prisoners, it’s as if these poems were written in Greek. But that’s not so unusual. Even for Emily Dickinson (1830-1886) only two of her now famous poems were published during her lifetime. The rest of her 1500 poems were discovered after her death, mostly written on scraps of paper and scattered about in drawers and boxes. Nevertheless, the students have to learn the skills to be able to interpret these poems in order to pass the GED test.

When prisoners aren’t all that keen on what they are learning, disruptions are the norm.

One short skinny student left class on one day as a man and came back the next day as a woman. He entered the classroom in a flourish, with his lips painted bright red and rouged checks. He looked like a toy soldier in drag.

He nodded his painted doll face.

And I thought, at least he is trying to learn.

But that was short-lived. After about 10 minutes of self-study, toy soldier face and the hermaphrodite student started playing hangman (with sexy words) and sang songs with enthusiasm. Never once did they even consider that other students might actually want to earn their GEDs.

The system must really think the GED is a cure-all.

There are over 2.3 million men and women in America’s jails and prison. All but 5% of those inmates will likely be released back into society. What the public should be asking is: How prepared are prisoners upon release – ready to succeed or doomed for failure?

What’s deceiving is this: the array of classes and educational options offered to Colorado inmates is, on paper at least, staggering. But the reality is these programs are only available to a select few or they are plagued with problems like this GED class.

There is no one-size-fits-all education for troubled adults. It’s the job of teachers to spark interest and passion in learning.

For adult prisoners who do not have the patience or the inclination to earn a GED, it makes more sense to teach them a trade or applicable lessons in leadership, motivation, creativity, marketing, and business.

Once shown how to apply these skills in the real world, more ex-cons will succeed. And who knows, they might even buy a book of Emily Dickinson poetry some day – for their spouses of course.

Michael McCarthy is serving six years for “escaping” from a community corrections facility where he was serving time for auto theft.

We send comments to our writers on a weekly basis but if you’d like to write this author directly, please do so at: