I Started Gang Banging in the 4th grade 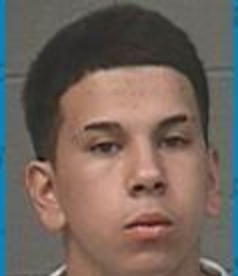 Some of my earliest childhood memories are filled with dark moments, whether it be the abuse from my father and his new wife in a drunken rage when I was no older than five—which would continue on forced visits growing up—or the next demon in my life which I confronted when I moved in with my mother and her boyfriend. I often watched her blood spill onto the floor, listening to her scream for help from the man she was in love with.

Back then, I couldn’t find the words to describe my life, but these memories will forever haunt me, like a ghost of my past. As time passed and I got older, I started to take notice of the things that surrounded my everyday life: people selling and using drugs, people gang banging. And, most importantly, I started to understand the laws of the street. By the time I was 8 or 9, my brother had come to live with us, and I started taking notice of the people he was always around. In one way or another I wanted to be like him, so I started to follow in his footsteps, which ultimately led me to gangs.

I started gang banging in the fourth grade, around the time I was nine years old.

I didn’t know much about what I was doing, but I knew what colors to wear, what signs to throw up when asked — which was all that mattered to me at the time. But once I got a taste, it was hard for me to ever change. I guess I never felt worthy of anything better, or I never even realized that I could be better. I had dreams and was always a smart kid, but I just never cared too much about school to ever put in the effort. I was always focused on everything but school—not to mention that I just couldn’t stay out of trouble.

Don’t Miss Dusstin’s story about Growing Up in Prison

But we would eventually move to Las Vegas, and life was good for awhile. Me, my brother, and my mom moved into a five bedroom house in a good neighborhood. Most of my friends were into sports and just enjoying life. But like all good things in my life, it didn’t last. Some things went wrong with the people we were living with, and we ended up coming home one day to an empty house and a note saying that we were evicted. There we were with no family and nowhere to go — my mother, brother and me. Just another step in the wrong direction. My brother went to stay with a friend while my mom and I lived in her car for a day or two until one of her coworkers let us move in with her. We slept together on a single mat, but she made sure that we had a roof over our head. And like most of the things we’ve been through, it brought us closer together.

After a couple of years in Vegas, the next chapter in my life found us moving back to the Midwest because I was constantly getting into trouble. I don’t think my mom ever imagined the things I was getting into at the time since I never got caught, but as a good mother, she was trying to save her child from going down the wrong path. Unfortunately, moving back would only lead me down a deeper and darker road.

By the time I was 12-13, I had already committed crimes most people wouldn’t expect of a child.

From robbery to stealing cars to breaking into houses. Things would only continue to get worse from there. I started selling drugs, I started gang banging even more, and eventually I found myself in and out of jail. Things just continued to spiral downward for me to the point where guns started to come into play, not only for myself but for the people I had problems with as well, which would ultimately lead me to killing someone at 16 and being sentenced to 20 years in prison.

Although I’m not proud of the life I chose, it was always on me. I may not have had the best childhood, but some had it much worse than me. Like any family, mine went through its ups and downs, but I always had a mother who did her best to raise me. I was just hard to control and never listened no matter what she did.

But with everything I’ve been through — the things I’ve seen, the abuse when I was young, the things I’ve done, the hardships I faced, and even through things I didn’t mention, like always moving around, never making any real friends, the loneliness, the hurt and pain that consumed me growing up — I’ve come to realize that we all have choices to make. Whether you make them positive or negative is within your control. But what matters most is when you look back on your life, you can feel content with the legacy you’re leaving behind.