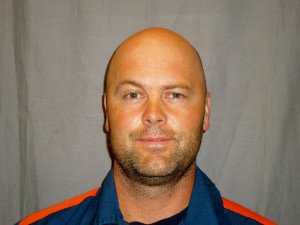 “Whaaamp … whaaamp … whaaamp …” boomed the loudspeaker mounted outside my cell door. Above me, thick, oily smoke roiled, clouding my cell. The kind of smoke all the “survival” shows claim is necessary for a successful signal fire; a product of diesel fuel and burnt tires. This smoke, though, hadn’t come from tires, it had come from a combination of cups, sporks, assorted bottles, bedding, several months worth of newspapers, and the body of a man determined to burn himself alive.

He succeeded in his mission.

Ten minutes earlier with a lot less smoke, I stood at  my cell door in the segregation unit and  listened to the man scream in agony. I then looked on in horror as two guards dragged the man’s limp body past my cell. His hair had been burned off; most of his face too. With no lips, his teeth appeared much larger than they should have. Behind him, on the filthy tile floor, a long black, bloody trail followed. Where the guards had a hold of the man’s ankles, his cooked flesh had peeled back, exposing pink, red-dotted, raw muscle.

He was dead, and I was alive, but for how long I had no idea. I had about a foot of breathable  air left above me. I was lying flat on the floor of my cell, the cold concrete pressing against my cheek oddly comforting as I listened to all the other convicts locked in the nearby cells, begging for their lives.

The problem was: no help was coming. I knew it, but didn’t have the heart to tell them. I was locked in cell 1, the cell closest to the officers’ station up on base. As the unit continued to fill with smoke, I had listened to the officers hurriedly discuss the possibility of trying to save us. As it turned out, their lives were more valuable than ours … at least to them anyway.

Nerves completely shot, I couldn’t help chuckling hysterically. Of all the ways to go, I was about to die all alone, on a pissy-smelling cell floor, of smoke inhalation from a fire in prison. How pathetic. I’d never put much thought into whether or not God existed, but I prayed then. I didn’t ask to live. I didn’t ask for a miracle. I only asked for the courage to die with dignity; to stay strong and not succumb to the fear gripping my heart, a fear so overwhelming I felt like pissing myself.

Lying there on that floor, I thought about my life. How different it could have been. I thought about those I loved, and those I had hurt. I hadn’t spent enough time saying “I love you,” or “I’m sorry.” Two very big regrets. You always have more time, time to “do it later,” until you don’t.

I didn’t die that day. One corrections officer, one hero, ran completely across the prison dragging a couple of two-wheeled industrial fans. He then, on his own, wrestled those fans through the doorway of segregation unit and crawled on hands and knees to move them deep into the cellblock, where he used them to purge the smoke from the building. It took awhile, but the air eventually cleared.

Later on, when someone asked the hero guard why he’d risked his life for a bunch of convicts, his answer was simple: “God would never have forgiven me if I hadn’t tried.”