Over the past 18 months, twenty-three incarcerated men died at the Jessup Regional Hospital (JRH), according to an unnamed staffer at JRH. Many were elderly prisoners. The youngest was in his mid-fifties. The oldest was 69. Official causes of death ranged from various cancers, heart, liver and renal diseases, hepatitis, and wear and tear on the body from decades of alcohol and drug abuse. Diseases that warranted hospice care.

Without a doubt, these men perished in terror. They died scared and alone. They served 20, 30, and some upwards of 40-years behind bars. Their families, if still alive, were forbidden to sit in vigilance with their incarcerated loved one. Thus, medical staff left these men to their solitary fate.

Granted these men committed violent crimes against you and were punished. American justice stands by the premise criminals are incarcerated as punishment and not for punishment. Yet, that is not the reality.

Maryland’s “tough on crime” policies such as three strikes laws and mandatory minimums, have increased lengths of sentences. Crimes sentenced with life and/or life without parole and a general disdain to release long-term offenders on parole have led to the graying of state prisons. 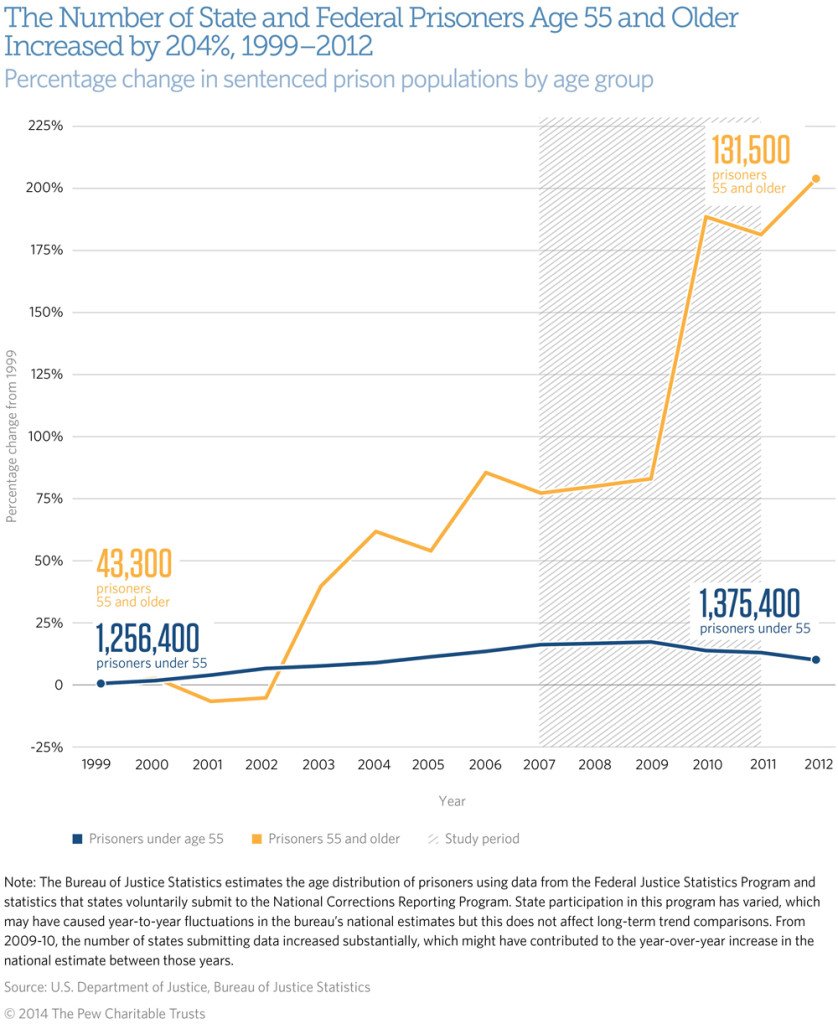 The combination of these policies, plus harsh prison conditions and poor health, frequently results in quality of life that is more effectively cruel and unusual, than it is for the general population. The result? We have become shadows of humanity. Our capacity to cope with every day life is greatly diminished, simply because we cannot share our lives with loved ones. When death beckons, the “Spector of fear” often takes hold.

Staff who knew my concern for these patients occasionally allowed me to visit these dying men.

I witnessed their fear. Lonnie Turner, having served nearly 30-years for murder, lay dying of cancer. His hatred at abandonment by family and fellow prisoners made him all the more pitiful. “I’m scared of dying,” he wailed. “I’m all alone and afraid… I don’t understand.”

Charlie Dudonis, a friend of 28 years, became confused and delusional. He told me his family never visits and he’s alone. Yet, prior to my visit, Chaplain James F. Sanders, Jr., a prison clergyman, shared that Charlie’s relatives visited him for the first time in two decades and he conducted a Mass for the family. Charlie died without anyone by his bedside ten days later.

My saddest moment came when Willie Green, a fellow lifer (I’m serving two life sentences for homicide), with over 33 years in, and I shared a medical ward at JRH. Cancer was rapidly killing him. As bewildered as a lost child, this former boxer still tussled for life. His body failed. After a knockdown by dementia, he was transferred to an outside hospital.

Before his transfer, I sat with him. We held hands. I let him know I loved him and that he was deeply respected by many. “I not afraid to die, I’m just scared of the loneliness.”

Mr. Green died alone, handcuffed to a bed in accordance with the Department of Public Safety and Correctional Services (DPSCS) policy, where prisoners in outside hospitals, even those dying, are shackled to their beds.

I’m just scared of the loneliness.

Unfortunately, his busy schedule led him to submit my work to the prison medical staff. The medical contractor Wexford Health Sources, Inc., of Pittsburg, has a philosophy to defray costs for inmate care by promoting electronic medical care. Thus, innovations in ‘end-of-life care’ for prisoners is not part of its $598 million five-year contract with Maryland.

My proposal has lain dormant for the past 18 months. However, for a brief eight-month period I managed to get a palliative care unit established as two men from different prisons were dying. In order to alleviate cost so that officers from those two prisons did not have to watch over these men, Warden Wolfe allowed me to get fellow Inmate Observation Aides (men who watch potential suicides and counsel) to act as caregivers.

After the men died, the medical department quickly eliminated the palliative care workers from coming to the hospital. Regrettably, Maryland wardens no longer have unlimited authority in their prisons to bring about progressive changes. They must now get approval from DPSCS management to improve their prisons’ conditions, even if it could save lives or allow dignity to the dying.

Not so for Warden Burl Cain of the notorious Louisiana State Penitentiary —Angola. Cain read about hospice in the newspaper and knew his population of 5,000 lifers would benefit. On January 1, 1998, 35 patients were admitted in Angola’s new hospice. Angola was honored in 2000 with the Circle of Life Award from American Hospital Association for its hospice care unit. Presently, wardens in seven states have implemented hospice care for their populations.

Hospice for dying prisoners is to facilitate an improvement of end-of-life care within the correctional setting. Perhaps problematic for many in society, especially the families of victims.

For me, I have come to recognize and feel the shock, the utter despair, the fear, and the horror of death. I now understand the loss of what may have been, just as my victims and the victims of all violent crimes felt as they were dying—alone, with no loved ones to comfort them. Through melancholy eyes and hopelessness of the heart, this empathetic bridge with all victims racks my soul with an unending remorse.

My prayers go out to my victims and their families. I pray the twenty-three others shared similar feelings prior to their passing.

Recently, a prison doctor said I had throat cancer. Thankfully, it was a misdiagnosis, as the biopsy was benign. Still, you should no less empathetically feel the quiet terror I felt of my possibly impending death as that of my victims. After all, if in your freedom you choose to treat inmates with dignity and care, then you are no longer imprisoned by the memories of what we have done.

The fact we are incarcerated and that most of the twenty-three who’ve died had served three or more decades of confinement should compel an enlightened society to be better than the murderers they hid away in America’s gulags. Unless of course, you have accepted the German word schadenfreude, meaning to derive pleasure from the misfortunes of others.

Otherwise, ponder on Dostoevsky, “The degree of civilization in a society can be judged by entering its prisons.” Maryland should have a hospice for its aging and dying prisoners. This can be readily accomplished.

The purpose for establishing a hospice for Maryland prisoners as well as prisoners across America is to ensure that no one will ever die alone, in pain or discomfort. Hospice exists to support and care for prisoners in the last stages of an incurable illness, in order to help them live as fully and comfortably as possible and to enable them to have a peaceful death with resolution of loss.

Thus, the biological and economic reality of long-term incarceration has left our nation’s correctional system with two basic options. One, build geriatric prisons with hospice units where costs are cut due to the reduced need for security, the centralization of medical resources, and the minimization of injuries achieved by installing special features (like Massachusetts Governor Deval Patrick, who built special facilities for elderly prisoners to serve their final years). Or two, the government can start letting harmless old dying people go free.

The latter is unlikely. It is time for the moral leadership of Maryland to unify and demand the Board of Public Works directs DPSCS to construct a hospice care unit at the Jessup Regional Hospital. JRH is where prisoners across the state are sent to die. Your aging prisoners need your help.