Dating An Inmate: It’s Not For Everyone

She’s dating an inmate. He tells her to leave him after the D.A. offers him a fifteen year sentence as a plea bargain. They’re on a visit, at Riker’s Island.

You can’t take this, he tells her. It’ll hurt more when you leave later.

She gets angry, tells him that he doesn’t know what she can take, how strong she is. 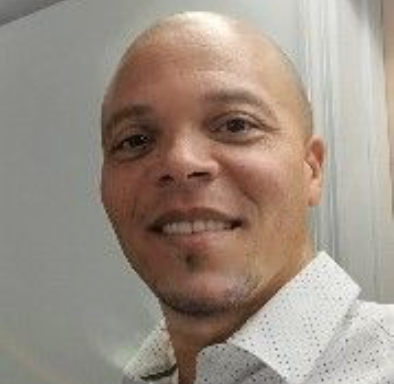 Whatever it is, she says, whatever happens, we’ll do it together. She’s not going anywhere. He needs to believe her, so he does. And he turns down the plea bargain in hopes a trial will go his way.

When he goes to trial, fifteen years becomes twenty-five. He cries; she doesn’t. He stresses what the judge said, what the sentence is. He’d be forty-five, she’d be fifty. He might not even make the first parole board. It would be better if she moves on with her life, finds someone else. She deserves better. Dating an inmate is not for everyone.

DO NOT MISS:  12 TIPS FOR DATING A PRISONER

How can he say that?  She loves him; they love each other. Love behind bars will find a way, if they just believe—in love and God and each other. On the visit, she cries real tears. He tells her that the appeal will take two years. He can’t promise anything, ’cause you never know what the courts will do, but it looks good.

He is sent upstate. The visits in Elmira Correctional Facility are better than on Riker’s – they’re all day, from 8:30 to 3:00, instead of just an hour. The C.O.s [Correction Officers] don’t really say anything about kissing or cuddling, as long as it’s not crazy. Sometimes, he can still smell her on his skin when he is in his cell. She brings him shirts and Oreo cookies and leaves money for his commissary — $50 at a time, because that’s all they’ll allow. She tells her parents that she’s with friends every other Thursday; they still don’t know about him. Phone calls are less frequent, so they write almost every day.

Occasionally, in conversation with other prisoners, he mentions her. Rarely, they share photos.

Never too specific, or too admiring; always observe proper decorum. He tries not to look too happy when he comes off the visit floor, minimizes the bop as he returns to the cellblock; not everybody gets visits. He’s a very sensitive guy, intelligent and personable. Sometimes other prisoners offer to introduce him to a friend of a friend, or even a sister. He declines.

Old-timers caution him. It’s a poor rat that has only one hole, they say. He understands the sentiment, but he’s more than a rat, and she’s more than a hole, and she’s in it ’til the end. And you probably think they all say that, of course they do, and of course yours did, and nothing against yours, really, but this one is different. They don’t believe, but he understands; they’ve never seen anything like this before.

The letters slow down to a reasonable pace—about once a week. There’s really no need to write unless there’s something new to say.

When she misses the first visit, he’s concerned, but not worried. It’s probably nothing, just an unforeseen appointment or something—but what if she’s in trouble or something? But when he calls, she’d just overslept. She was so busy the day before, she’s really sorry.

There’s nothing to apologize for, he understands; it’s difficult out there right now, it’s hard without him home. She shouldn’t cry, he’ll see her next week, right?

She comes the following week. The visit is good. She apologizes again, but not profusely; they both see that it was an anomaly.

She misses the next two visits. It’s been a month since her last letter. He writes twice, but stops when he doesn’t get an answer. Some guys in prison make cards and things; he buys a card and a calligraphed handkerchief for a pack of Newports. He sends it to her, professing his undying love, not quite remindful of hers.

She comes to see him for a festival-style family day picnic; it’s the first time he’s seen her in over a month.

She assures him that it’s not. She’s just been busy, and Elmira is so far from Brooklyn, a whole day’s worth of riding in some van service with strangers — some of whom have little or no respect or courtesy, and it’s getting more difficult to lie to her parents.

The discussion becomes too heavy.

Let’s just enjoy right now, she says, Who knows what tomorrow will be like? A day at a time.

He agrees. Then, the next day, he requests a transfer to a facility closer to the city. Eight months pass before the transfer happens. He calls her when he arrives at Green Haven.

Hey, he says. I‘m about an hour from the city. Hopefully, it’ll be a little easier for you.

She doesn’t promise to visit; he doesn’t push it. Before they hang up, he asks, Is everything alright? Is there something you want to tell me?

No. I love you. I’ll try and write soon.

She doesn’t write, or visit. He had hoped for more, so he is a little disappointed – but only a little. They speak on the phone four more times before he finally asks.

Is it over? I’m not pressuring, or guilt tripping you, but really—what’s up?

Her sigh is deep, tidal—with something almost like a rattle at the end.

Yeah, you do, he says. There is something like dread in his belly — heavy, but nowhere near unbearable. You can say it.

Neither of them do.

Kenyatta Hughes has been released from prison and is thriving in his new life working for Hudson Link. Congratulations Kenyatta!!!!!