How Corrupt Prison Guards Add Time To An Inmate’s Sentence 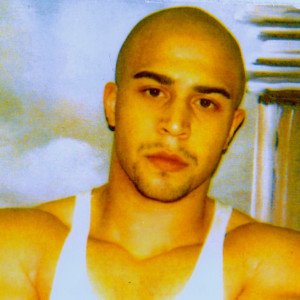 YOU OVERSLEPT. So you are rushing. Maybe to a call-out or program. You throw on your greens. Lace up your boots. A buzzer screams, long and grating. You glance warily around your cell; you may have forgotten something. You are rushing.

Ordinarily, the low and narrow halls are tightly packed and teeming greenly with bald-headed cons calling out over the chaotic thrum of inmate movement. But today this is not so. Because you are late. In the halls, you are alone.

A security checkpoint arranged around a dusty metal detector is just ahead around a sharp bend. Posted there are at least three COs

[Correction Officers]. You know this because their laughter bounces lazily off of the hard brick walls. It almost sounds out of place.

You reach the checkpoint and wait at the designated line, as is the rule. The three COs look up, see you, and fall silent.

“Where are you headed?” one asks. His tone is nothing near professional; his language, infested with expletives.

You tell him where you’re headed.

You are unsure how to respond, so you say nothing.

He points at your waist. “Your shirt is untucked,” he says. You look down and see that he is right. You were up late last night, writing. You overslept. You were rushing.

He orders you to place your hands high and flat on the wall with your legs spread out wide. The other two officers flank you while he begins his frisk. He roots through your pockets. Feels you all over. And then, just when you think he has finished, you feel his hand slide up your thigh and lodge itself between your buttocks. Your face burns .

The COs that flank you begin to speak. The things they say are meant to provoke you, get you to react. They are making jokes at your expense. Your humiliation amuses them.

You are unable to hold your tongue. You respond in kind. You say something equally disrespectful, and the CO at your back suddenly feels the need to remind you of who is in control. He accomplishes this by returning his hand to its former place, and this time, he does it hard.

The truth of what follows is irrelevant; what is relevant are the reports, creatively written and thoughtfully worded, submitted by those three unbiased COs. Their accounts of your actions will match perfectly. Your unprovoked assault on them will be richly detailed with great emphasis placed on your need to be subdued. Is this what happened? Yes, they will say, that is exactly what happened, “to the best of our recollection.” Each will sign something, something damning. Then phone calls will be made. Faxes sent. The next time you see them will be from behind a defendant’s table.

They are professionals. Peace officers. They were just doing their jobs.

Your stay in prison has just become longer. How is this possible? To the already imprisoned man, the prospect of having additional time tacked onto his sentence, for any reason, amounts to hell on earth.

The fact is this: on a daily basis, the unprofessional actions of corrupt prison guards lengthen prison stays and pervert the justice system. Here’s why.

It all falls back on the “Us versus Them” mentality. Its far-reaching tentacles, having been left unchecked for so long, are now firmly rooted and all but Gospel within the corrections community. To fathom it, one must first take up the lens through which Corrections Officers view the job. Their perspective is intensely personal, a product of the Attica riots, a brotherhood. There are local bars whose clientele is exclusively Corrections Officer. Some COs – not all, but some – have corrections-based emblems as tattoos. To them it is not a job, but a way of life.

And inmates are the enemy.

Much has been written on the dynamics of systemic abuse and the “Us versus Them” mentality. One such documented example was The Stanford Prison Experiment  wherein one wing of a departmental building was converted into a mock prison for a study in which half the students assumed the roles of prisoners and the other half played the Corrections Officers. The experiment was brought to an abrupt halt after several days because the students playing prison guards began to aggressively abuse the inmates, simply for sport.

In a labyrinthine system so heavily reliant upon the integrity of COs, the lack of oversight builds a broad gulf between criminal and punisher, which is often exacerbated by a right-leaning subculture of law enforcement whose occupational philosophy can be summed up in “Us versus Them” terms.

NOT ALL CONSEQUENCES are immediate. As of now, the process by which allegations of staff misconduct are investigated can be categorized as cursory at best. Limp-wristed might be a better term.

By ignoring the abuse of prisoners, society has sacrificed any real progress toward rehabilitating its returning citizens. Without a doubt, prison is not a nice place – nor should it be – but it is also not an arena for sadistic sociopaths to flout human rights in the name of Corrections. Cameras are expensive. Changing the mindset of an entire subculture is seemingly impossible. But ignoring the problem, prisoner abuse, is by far a more heinous crime, and the as-of-now absence of any dialog in that respect is a dark storm cloud in the heavens of human rights.

The conversation needs to start somewhere.

Justin Hightower is serving 15 years for 1st Degree Robbery in New York. He expects to be released in August 2015.

We send your comments to our writers but if you’d like to contact Justin Hightower before his release, please write to: