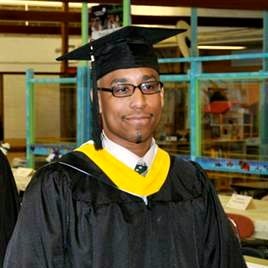 “Listen up!” said the block’s sergeant, as he stood in the middle of our gallery while all of us were locked in our cells. “In a few minutes, I’m sending a few garbage bags around. If you have any contraband, this is your last chance to get rid of it.” He raised a copy of the Directive. “Each of you got a copy of the maximum amount of property you may possess in your cell in this Directive. If you still got what you know you’re not allowed to have by the time my officers come to search your cell, I’m personally writing your asses up!”

‘No hablo ingles!” said a clown from the back of the gallery.

“Then you better learn fast!” replied the stocky, blonde, blue-eyed sergeant, prompting a burst of laughter from everyone as he left the gallery.

The prison was undergoing a lockdown. These events were rare, but when they occurred, every cell was thoroughly searched. The average lockdown lasted about four days, and prisoners were only allowed to leave their cells for visits or medication runs. Facility staff – officers, nurses, teachers, secretaries, etc. – were given the temporary duties of delivering our meals – breakfast, lunch and dinner.

It was around 9:00 in the evening on the second day of lockdown. Those of us who had been in Sing Sing for over a decade knew that it was unlikely that we would get searched before the 11pm shift change. We heard through the grapevine that the neighboring B-Block was getting destroyed in the search, since a major incident involving an injured officer in yard [outside recreation] sparked this lockdown. But everyone was aware that if we didn’t get hit that evening, the Gestapo would descend upon us first thing in the morning and unleash their wrath for about three hours straight. We would get one last night to enjoy whatever contraband we had hidden in our tiny cells. (One of the regular officers always trained new ones by telling them that you could always find something we’re not allowed to have in every cell. And he right.)

“Yo, Eric,” said Francis, my next-door neighbor, putting out a mirror through the bars so he could see me. He was a thirty-something white guy from Long Island who was still too concerned about fashion. He tried so hard to follow up on inner-city ghetto trends and lingo, that everyone dubbed him “Slim Shitty,” after Eminem — a nickname he seemed to enjoy. “How many pairs of sneakers do you have in your cell?”

“Three,” I answered, even though my sneakers were old and beat up.

“Fuck,” he snapped. “You don’t be wearing sneakers like that, Dee. Why you keep them shits for?”

“They’re comfortable,” I said grabbing one of them, “and my mama gave them to me over seven years ago. They got sentimental value.”

“You’re so gay. But I have a proposition for you,” he said, lowering his voice. “If you throw out two of your oldest sneakers and hold my Jordans in your cell, I’ll give you five bricks right now.”

Francis passed me the Jordans with the Newports in them, and I threw my old sneakers out of my cell and into the gallery. 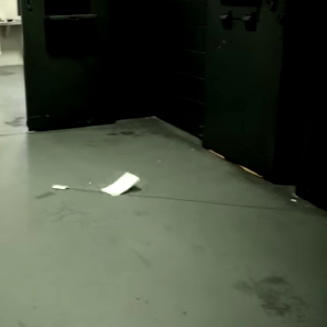 That evening, the gallery exploded with barter activity and last minute deals. It was amazing how much crap a prisoner can accumulate in a 6’ x 9’ cell in a few years. Guys were trading cooking pots, smut, illegal hot pots, altered radios, headphones that were clearly over the $50 limit, and even a keyboard.

All this contraband went from cell to cell with fish lines. A guy may be at the other end of the gallery, but a long enough fish line with a lock or bar of soap attached, for throwing it, can deliver any item. Sometimes the lines got stuck to one another in transition because of the heavy traffic.

“Eric!” called one of the guys a few cells down. “I’m selling ten Buttmans for cheap.”

Check out this amazing video from PBS Frontline showing how prisoners use “fishing lines” to send notes, newspapers and other contraband between cells:

“C’mon, man. You know my shits is official. You ain’t gettin’ a better deal than that,” he whined.

“Then you can find someone else to buy them from you.”

“Eric, you a cheap motherfucker,” he said while bursting in laughter. “You the first Dominican Jew I’ve ever met. But that’s how you gonna do me?”

“Don’t beat me over the head like that, man,” he complained.

“I’m the one taking the risk by having extra shit, so it’s my price or nothing,” I said, assertively.

Before the night was over, I had ten new Buttmans, an extra set of electric guitar strings for my SG guitar, a spatula and cooking spoon, six acrylic paint tubes, two long-sleeve shirts, gym shorts, weight-lifting gloves, headphones, thrash metal tapes, and a Harmonica in the key of C—all for nearly no cost.

The C.O.s carried out garbage bins overflowing with things the guys had to painfully throw out, toilets were going off all night with flushable things, but everyone seemed to be prepared to survive the search.

At seven the next morning, everyone had their mirror out through their bars, anxiously looking down the gallery as the officers were doing their shift change. In a few minutes, the steady officer came down the gallery unlocking our gates as if it was a routine day.

“Yup,” Officer Brown responded as she continued to unlock the gates. “The Watch Commander said to release you.”

“So we ain’t gettin’ searched!?” asked Francis in indignation.

“That’s some bullshit!” said Francis, while throwing his mirror on the floor in anger.

I put my privacy curtain [a bed sheet] in front of my gate, placed my new noise-cancellation headphones on, blasted some good ole Metallica and flipped through a few of my newly acquired booty magazines – all to deaden the outrage that was about to explode throughout the gallery.

Eric Santana was released in August 2015 and he is one of PrisonWriters’s Contributing Writers.