This is Charles Norman’s bio, in his own words: 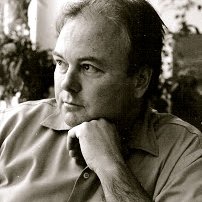 Charles Patrick Norman (b. 1949), eldest of three sons, spent his first nine years in rural East Texas before his family moved near Tampa, Florida, where he grew up. Charles majored in business at the University of South Florida, where he was named outstanding freshman writer.

For thirty-seven years, Charles has been fighting his wrongful arrest, conviction, and imprisonment for a 1975 murder. Surviving decades in some of Florida’s most violent prisons, Charles has dedicated his life behind bars to self-improvement and helping others, continuously teaching a variety of classes, including creative writing. His writing career in prison began with a MENSA award in 1985, and since then he has become an award-winning artist, poet, playwright, and author of short stories and memoirs. His wife, Elizabeth, posts his writings in an online blog, that has readers in 92 countries worldwide. More information can be found here. A poetry book, The Poem Tree, is scheduled for publication in 2015.

Charles currently has a release date of July 5, 2017, although his freedom efforts continue to be opposed by corrupt politicians. Recently married to his long-time lover, soulmate and best friend, Elizabeth, Charles hopes and prays for release soon, so he can rejoin his family and continue his community service and creative work. He has several books he waits to publish after his release.

My Hopes and Dreams for Prison Writers:

The sky has opened up, the dark clouds have disappeared, and the sun shines brightly, suddenly. When I got the letter from Loen Kelly telling me about Prison Reform 101/Prison Writers, I couldn’t believe it. It was almost too good to be true. I wrote back and asked for verification, for contact with a human being, to prove it wasn’t a cruel trick. It wasn’t. It was true.

Prison writers dot com presents an incredible opportunity for prisoners’ voices to be heard. In all the creative writingclasses I’ve taught over the past thirty years, the first question I ask is, “Do you have something to say?” If so, you can learn to say it better. Invariably, everyone has something to say, and many prisoners want to share stories that will help others avoid the same fates.

A large segment of our population has been cast out of society, exiled to prison. Their voices are only rarely heard. But now there is a hole in the razor wire fences, and prisoners’ stories are getting out. Perhaps society’s greater understanding of what goes on inside prison, and how so many unfortunate people got there, will result in reforms that will have lasting, positive effects on millions of people. I am excited for this chance.

Charles can be contacted in writing: