On A Bus Ride Between Prisons, A Glimpse of the Real World

Being tossed into prison at the young age of 18 forced me to endure growing up before having the actual chance to live. I never envisioned witnessing and experiencing life in a world depicted in books and movies. Unlike the happy endings some of those fictional characters come to enjoy on the heels of poignant messages, I’m warehoused in a never-ending reality that began on one birthday, reinforcing the essence of a simple point, twelve years later.

The first hit me with the narcotic slowness of a bad trip on my 23rd birthday. The day I was abruptly removed from the general population and thrown into the hole pending validation of my alleged prison gang activity and/or association. Though this was not my first visit to the hole, the initial shock of the entire commotion felt like a spider welcoming an entangled friend. It was the first time I had been snatched up for non-disciplinary administrative reasons. A world walled up with endless memories of a distant past, which to this day I struggle to keep from dissipating, and at other times, differentiating from dreams I’ve had that break me away from the labyrinth of my solitude.

The other came on my 35th birthday, when after 12 uninterrupted years in California’s infamous Corcoran Security Housing Unit, famously known for the gladiator fights staged and gambled on by guards, I was transferred and thrown into another notorious supermax SHU [Special Housing Unit, aka Solitary Confinement] at Pelican Bay state prison. It was the equivalent of someone in society being yanked out of their living room by homeland security, getting tagged as a terrorist and being shipped off to Guantanamo Bay with such a quickness that before you’re able to bring coherent thoughts into order, you experience the gamut of raw emotions.

It was only after fettering these emotions that I realized two evident facts regarding the consequences and stigma attached to the label I was being signed by: one, the constitutionally protected guarantees I thought I had to due process were blowing in the wind like a stringless balloon. It was a façade that meant nothing. Two, I was now ensnared, trapped and would never be released from the painstaking grips of solitary confinement. 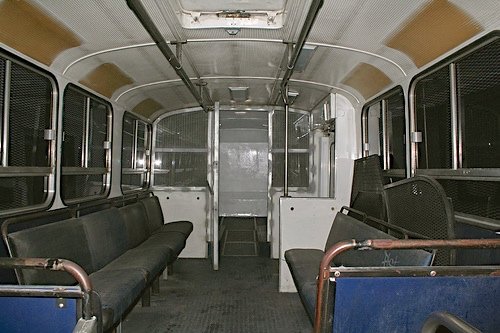 A sixteen-hour bus ride that I will not soon forget. Getting the chance to see the free world again was like traveling in a time machine. From a place where I was blinded by time, stoically standing still, to watching a world in a state of flux.

Despite noticing how consumed people were with their cellphones and taking the beauty of life around them for granted, the joy I derived in simply seeing trees, agriculture, wildlife and humanity itself, was literally a breath of fresh air to infuse new life into a solemn spirit.

The invigorating highlight of the trip was when, after close to twenty straight years of incarceration, I got to look upon the Pacific Ocean again. This undeniably brought about the longing for the vanished pleasures of youth. Another, being the sight of California’s renowned redwood trees. Trees that are over 2000 years old and 300 feet high. The worlds these trees have witnessed and their beauty was something I was truly amazed by.

Despite the fact that what I’ve articulated here simply emphasizes the loneliness of my environment, I was reacquainting myself with nature’s beauty. These experiences have also been significant and reflective moments in my life that have reminded me to never abandon hope and resign to the blight of my reality. Because just like the sun which is relentless in its fight against the clouds for possession of the sky, so too must I be towards seeing brighter days for the sake of my sanity.