This is Shavez Holden’s bio, in his own words: 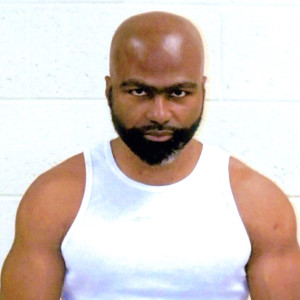 Shavez Holden is an inmate in the Pennsylvania Department of Corrections. He is serving a 20-40 year sentence for 3rd degree murder. He has been incarcerated since November 1998.

His friends and associates affectionately call him “S Class.”

Born November 20, 1979, raised in a single parent home by a loving, caring mother in South Philadelphia. With an exceptional intellect and apparent enormous level of intelligence, Shavez probably could have legitimately been whatever he so desired in life if he only had the patience. But he chose to forego the formal way of life and decided he was more interested in the immediate gratification of the street life. But that was a long time ago and he has outgrown that immature criminal-minded youth and has developed into a goal-oriented, self-educated man.

He hopes that PrisonWriters.com will shed light on the darkness coming from inside our nations prison walls and gates. He hopes it will give the people the illumination needed for them to see that rehabilitation is nearly non-existent in the current system.

Shavez can be contacted by writing:

Does My Boyfriend In Prison Really Love Me?

Okay, so I'm going to play Love-Doctor on this subject for those of you who have a boyfriend in prison. I have the experience (incarcerated for over two decades
By Shavez Holden
Prison Writers Staff2021-06-27T15:31:42-04:00Editor's Choice, Lifers & Solitary|

The hole, the new term for solitary confinement. It’s the place they take you when you break one of their “rules,” or at least they say you did. It’s supposed to be a deterrent from future acts of whatever they deem [...]