This is Jose Villarreal’s Bio, in his own words: 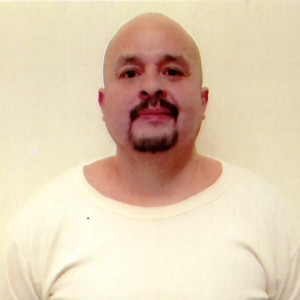 Raised mostly by a single mother, I have become conscious of the plight of women in today’s society at a very early age. Those challenges are reflected in my being raised by the state, incarcerated starting at 12, a ward of the court at 15 and a prisoner having spent most of my life on earth locked up in one cell or another. At 41-years old, I understand the choices that I made in life and I work hard to show my mother that despite my choices in life, she did instill the most important qualities in me, and that is compassion and love.

My greatest joy and past time is of course writing. But drawing and painting with pastels is also up there. At times I have to struggle on which of my passions to partake in, it is not an easy choice.

I originally came to prison for possession / transportation of drugs for sale and I received 8 years in 2001 for that. I was a petty dope peddler. While in prison, I got into a cell fight with my cellmate and caught a new charge of assault on a prisoner with a weapon. There was no weapon found but this was my charge and as a result I caught another 8 years. I will be released from prison in December 2017.

This time in prison, and particularly the years that I have spent in solitary confinement, has awakened me to the reality of my life as well as the society in which we all live in. My ideas have transformed under these brutal conditions and the future looks much different than it did when I first arrived to prison. I am writing my third manuscript and I am almost finished. I hope to get my novels published in book form at some point in the future.

Once I am released from prison, I hope to teach the youth the beauty of writing and Art, because these dual powers are the key to freedom, no matter if one is in a slum project or in the most brutal supermax facility.

Prisonwriters.com can be a powerful tool for imprisoned writers. My hope is that this can find its way into the darkest and deepest dungeons and harvest those thoughts and highlight what makes us human. Critical thought, humor and the romance with the written word is perhaps the greatest way to educate a society.

Jose Villarreal is in solitary confinement in California’s notorious Pelican Bay State Prison. He will be released in 2017.

We send comments to our writers on a weekly basis but if you’d like to contact this author directly, please write:

I Watched A Prisoner Catch a Seagull And Later Eat It

I don't think that anyone believes U.S. prisons will ever serve quality meals, certainly prisoners are not holding their breath. I have come across many prisoners who’ve become ill from food poisoning over the years. Likewise, prisoners have become rather resourceful [...]

Solitary Confinement: All That’s Left To Do Is Go Crazy

Solitary confinement is now firmly embedded in this country’s prison system. Indeed, the control units that specialize in housing prisoners in solitary by the tens of thousands throughout the US have become the new normal. Slowly, people out in society [...]