This is Jeremy Farler’s bio, in his own words: 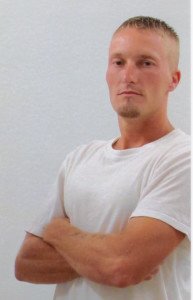 My name is Jeremy Farler and I was born and raised in a small town Keary in southeastern Kentucky. Born in 1981 into a middle class family, I am the son of a coal miner and was brought up by my father and my adoptive step-mother.

I do not come from a family of criminals and was never supposed to end up in prison, at least when you look at the facts on paper, anyway. I was taught right from wrong, played sports and excelled academically (when I did the work.) Though I eventually fell into the drug underworld, I always held onto a level of naïveté and innocence that was only really lost in prison.

My goal is to bust the myth that all prisoners and convicts were born soulless monsters and instead give an insight into the evolution of a normal, average, second-generation coal miner from rural Kentucky into a cold, calculating and ruthless machine through a lengthy incarceration.

I seek no sympathy and I make no excuses. Instead, I will attempt to give an honest glimpse into my life now, with no apologies.

So if you’re interested in learning the blueprint of how to ruin a perfectly good life, listen up.

As I stared at the cell phone screen prompting me to register and start to build my own Facebook page, what was shining back at me was the light of opportunity. I had already done the impossible. Even I couldn't believe [...]

“Man, this shit is loose up there. One of these bitches is gonna go, but I think it might have to be a white guy.” I can still remember my friend Drew’s face when he said those words to me, [...]