A Logical Breakdown of the Dysfunctional Prison System 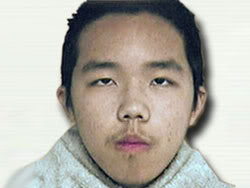 How does prison work?

The worst thing about prison is not how it captures men, but how it releases them.

We are given nearly nothing. Maybe a GED. Only a handful of units in Texas have college classes, where it takes eight years to get an associate’s degree. Or maybe we get a class to become an electrician (to work on the unit’s faulty wiring, of course.) Too bad felons are barred by Texas law from working in other people’s homes, as well as real estate, banking, and almost anything to do with decent people. We are released like zoo animals out into the wild with $50 and a bus ticket, to wander vaguely towards the oil fields or starting our own tattoo parlor. Oil is at $30 a barrel. Blue-collar work is shrinking under our feet, even for the law-abiding. We stand like penguins on melting ice. We are unqualified for white-collar jobs, even if we were allowed to do them. I’ve never touched a smart-phone; or opened a checking account; or had a real conversation with a non-guard, non-inmate, non-relative since I was sixteen. I fear the world as much as it fears me. I am not stupid, but I feel like a Martian watching families leave on visitation day in bright-colored dresses. I wouldn’t know how to be one of them even if I could, even if my first parole date wasn’t another twenty years away. How am I ever supposed to be released? We have no credit, little job history, owe thousands in child support, and have few non-criminal friends. We can obtain a kilo of weed, but not a job interview. We sink through society like the living dead, subtly infected, moral lepers with nowhere to turn. We deserve no better.

We do not! We deserve to suffer. We earned it. It’s good for society to push us through the grinder, for the principle of deterrence. The only problem is that at the end of it, we are still alive.

As Hannibal Lector said, society must either kill us, or do something useful with us. So how does prison work?

Liberals say it doesn’t. They are only half-right.

Prison performs two great services: First, it keeps young, mostly black men out of society during their most crime-prone years. Thus, not prison, but age is the cure. You could cryogenically freeze us, or inject us with hibernating drugs, for the same results. Better results. Now, we need not suffer (if you care). We need not go slowly mad in solitary. We need not spend twenty years rubbing shoulders (literally) with other criminals. If only we could genetically engineer all the males in South Chicago to skip from age 15 to 35. Drugs, violence, gangs, unwanted children, over population? All solved.

The second effect is subtler. Often, the young enter a life of crime not due to laziness or stupidity, but ambition. No other doors are open to them. Flipping burgers warms their souls not. They see a game rigged against them; thus they cheat. Morality is hypocrisy to them, and laws are things to be avoided, written by the rich to keep out people like them. One death is a tragedy, said Stalin, a million is a statistic. Teenagers robbing Stop-N-Gas with BB guns get life in prison while Enron got tax breaks. The criminal subculture is one of anarchic protest.

This must be crushed. The light must be extinguished from their eyes. Their hungry stomachs must be cut away, until they learn to be thankful for their daily gruel. Until dreams of women and spinners and fame die inside them, and they beg to become burger flippers. Until they live in fear of parole violations, of going back to prison, of incurring our displeasure. We must kill their dreams. Like radiation burning out a tumor. They must learn to obey our rules. We will take their childhoods, their young and free years, their first job and career-building years, their children’s births from them, until they either collapse morally into themselves and become monsters, or hang their heads before our judges in surrender. Medieval tyrants and ISIS chopped off limbs; we chop years. Decades.

Do you find this distasteful? Of course. Because you are a good person. But I assure you, this is necessary, just like waterboarding terrorists, just like bombing Vietnam; you would never do it, but it must be done, to preserve the world you live in. Because once a man has gone carnivorous, he cannot be persuaded; he can only be forcibly remolded. The prisoner is just as important to society as the billionaire: here is success, here is failure. Everyone else is between.

There is no cure for this—unless you were to somehow, magically produce jobs for men again; to re-invite us into the social fabric, and release a million fathers from prison; to rebuild schools to teach us how to repair a faulty wire before we’re sent to prison, and confront the fact that you will simply never teach every child algebra—unless you somehow make room for we young men, you must continue to push us into the grinder, or we will destroy you.

As long as poor men live alongside rich men, beware of thieves.

If you’d like to write Edward a message, please send to: